Tuffy the Corgi Out Now on PlayStation Mobile 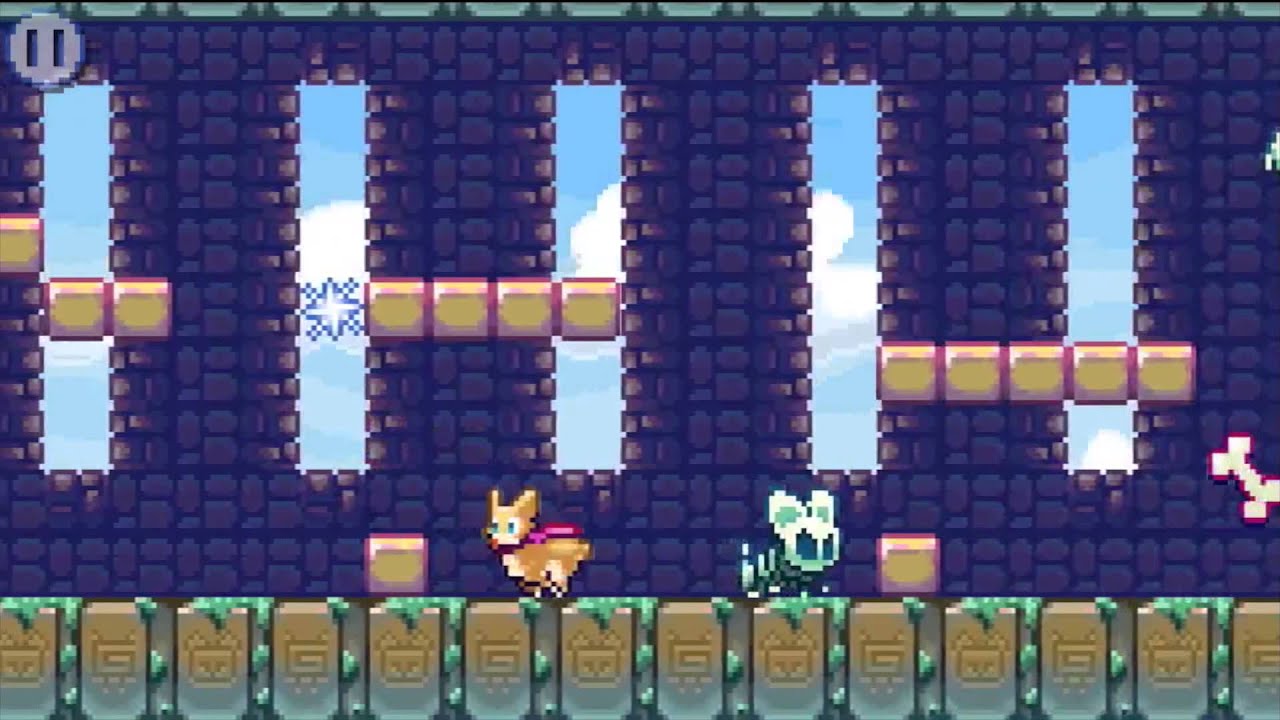 When I was ten years old and my parents weren’t paying me to mow the lawn yet, my grandmother wrote me a birthday check for fifty dollars instead of five dollars. The most remarkable part is maybe that she wrote “fifty” on the check: “F-I-F-T-Y.” My mom wanted me to give it back. My dad persuaded my mom to let me keep the money.

I used that fifty dollars to buy Super Mario Bros. 3.

I have played Super Mario Bros. 3 every year on my birthday after that. I have a long standing custom where I play every level in the game, from start to finish — no warping, and (hopefully) no dying. I’m an “adult” now, so I invite friends over to play the game with me. On my twenty-fifth birthday, I managed to get all the way through every level in the entire game without taking a single hit. I’m proud of that. I then said to myself, “I’d sure like to make a game like this someday.”

Well, June 7th was my thirty-fifth birthday. It’s been ten years since I finished my perfect game of Super Mario Bros. 3, and I still haven’t ever worked on a game like it.

It’s about a Pembroke Welsh Corgi named Tuffy. Tuffy is on an adventure. Tuffy is excited to be on this adventure. Oh yeah, and Tuffy runs automatically.

Tuffy the Corgi and the Tower of Bones is an action platform game: you run and jump. It’s also an adventure game: you think and explore to find as many of the bones as you can. It’s also a huge challenge: touch a single spike or enemy and you die. If you die, it’s game over. If you restart, you have to start the whole game from the beginning.

Every time you die, we tell you how many times you’ve died since you started playing the game — you’d probably lose count if you tried counting yourself, so let us do it for you!

The game is just one level. Trust me, it’s a long level, with plenty of weird little surprises all over it.

I’m proud of how weird and long the level design is. I’m proud of how good the jump feels. I’m glad that someone finally made a cute side-scrolling platform game with a Welsh Corgi as the main character, and I’m extra glad that it was us at Action Button Entertainment who made it. It was such fun to make this game. We really want to make more games starring Tuffy the Corgi. Maybe we’ll do that someday!

For now, please enjoy Tuffy the Corgi and the Tower of Bones — and Tweet at me if you can reach the top with all 108 bones. I’m very, very interested in seeing how many hours of play it takes you to master the game!