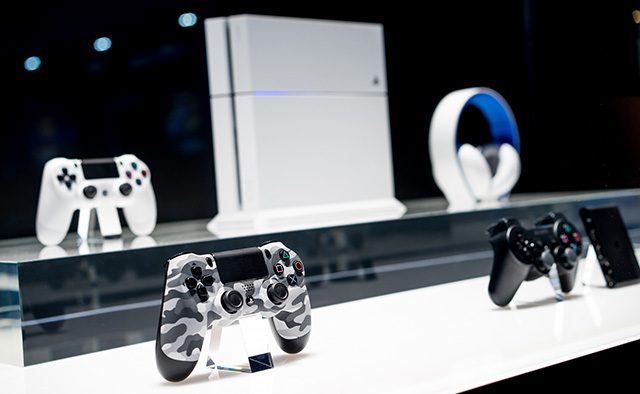 Each summer, thousands of gaming industry professionals and journalists make their way to Los Angeles for the Electronic Entertainment Expo. Typically this event only opens its doors to this small selection of the gaming community, but this year we invited a group of our PlayStation MVPs – an elite group of diehard PlayStation fans, officially recognized by the company — to join us at the main convention. Here’s a quick look at what they experienced.

During the week, PlayStation revealed new information about PS4-exclusive first-party titles including newcomer action-RPG Bloodborne , cinematic adventure The Order: 1886, and sandbox platformer LittleBigPlanet 3. Some were fortunate enough to get some hands-on with the new games as well.

From PlayStation MVP, Castielle101: “Many games at E3 have me excited, restless and impatient for them to arrive. [Bloodborne] is right at the top of that list.“

RiseUp44 added his opinions of The Order: 1886, saying that he was “blown away,” and that the title boasts “great graphics and the controls feel right.”

Of course, PlayStation wasn’t the only show in town, and the MVPs were able to get their hands on a slew of new games such as Assassin’s Creed Unity, Batman: Arkham Knight, Destiny, and Middle-earth: Shadow of Mordor. With wonderful co-op play and eye-catching next-generation art, Assassin’s Creed Unity was a clear favorite with the MVP team.

Bungie’s Destiny also looks set to make its mark on the gaming landscape. PlayStation community members had a chance to try out Destiny’s first-look Alpha this past weekend, and are already having an amazing time with this highly anticipated title. “My little brother, my cousin and I spent four hours just wandering last night. It’s all we did, and we couldn’t believe how big old Russia is,” said SC-ViciousDS.

And for those who couldn’t make the trip to E3, our new PlayStation Experience extended to over 40 theaters across North America in an unprecedented live broadcast of the PlayStation Press Conference. The community flocked to these locations, with some die-hards queuing up hours before the press conference itself.

PlayStation Experience attendee Enistachia commented, “I gasped when they announced LBP3 and I’ve already started on some level ideas. I’m also glad they are adding a few new elements to The Playroom, encouraging more of what people are already doing with their cameras. I am not really one to hop in front of a camera and just sit there, so these new elements might bring out the broadcaster in me.”

Now that the dust has settled, what caught your eye at E3 2014? Be sure to let us know in the comments below. We’d love to hear which titles and experiences are your most anticipated for the rest of 2014, and beyond. If you’d like to learn more about the PlayStation MVP program, click here.