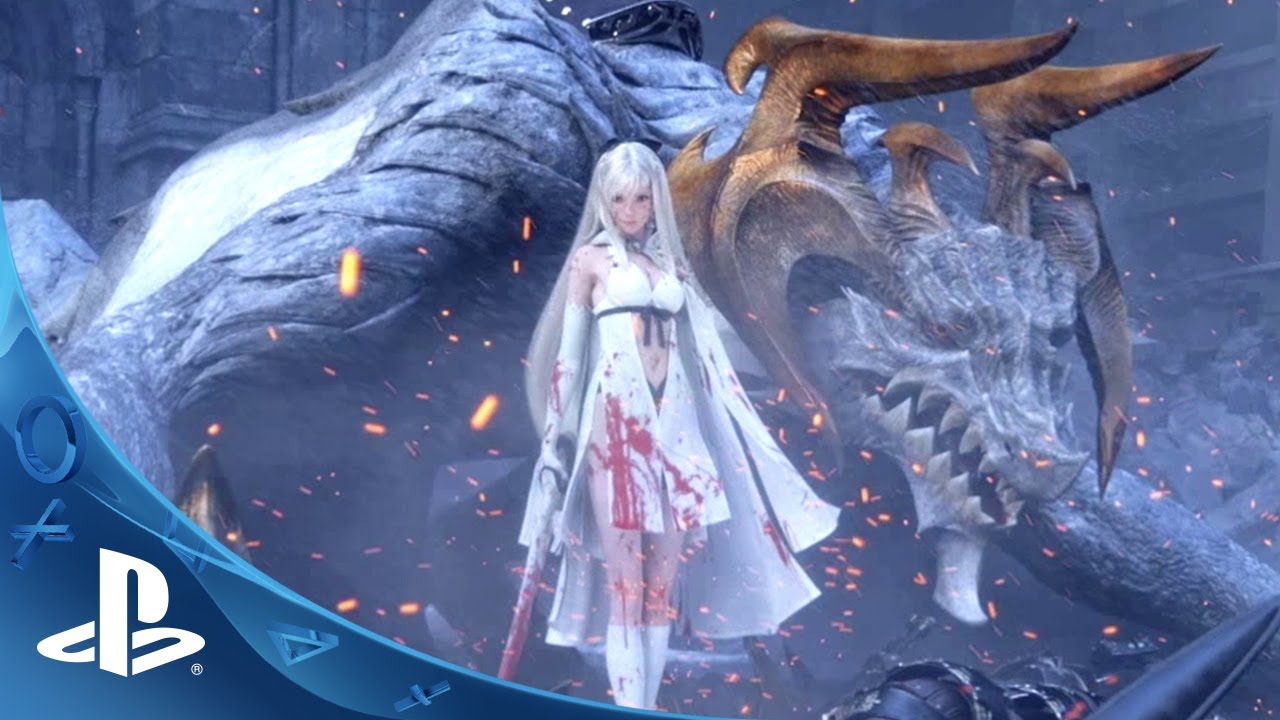 It’s hard to believe it’s been almost a month since Drakengard 3 launched. How many of you guys have beaten the game already? Or maybe you’re close?

Regardless of where you’re at in the story, today we’ve released the final batch of DLC, totaling more than 30 items you can download to dive even deeper into the twisted world of Zero and her quest to murder her own sisters.

You can put Zero in several costumes that are throwbacks to the original two Drakengard games as well as NIER, all of which adjust her abilities in one way or another. You can also pick up music packs that change the music in certain places to some familiar tunes, and even put hats on Mikhail. There’s nothing more endearingly creepy than a dragon incinerating enemies with the “Beautiful Child” on.

And if it’s extra content you’re looking for, some of the most robust DLC we’ve released include prologue chapters for each of the Intoner Sisters, which put you in the shoes of each sister in events that take place before the game. Each sister has her own playable stage that also gives you their own unique weapon and brand new trophies to earn (except Two.) 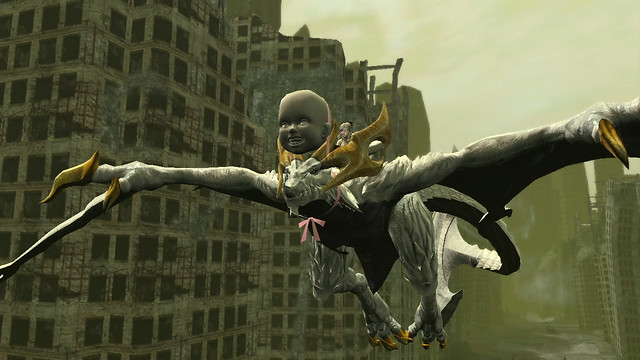 I’d also like to point out that the Japanese VO is available to those of you who prefer to play the game in its original language, and that there’s a lot of great content from NIER as well. You can equip Kainè’s garb for instance, which doubles the window for triggering a parry, or NIER’s garb, (based on his Replicant form) which boosts your damage by 5%.

Finally, if you enjoyed the game, we’re starting a fun little contest on Twitter today too that the developers of Drakengard 3 will be judging. Tweet us a nature-themed haiku about one of the game’s sisters for a chance to win a very rare Japanese version of the Drakengard 3 Collector’s Edition, which has so many extras, you’ll practically need a whole shelf for this game alone. To name a few, it’s got an art book, copies of the voice recording scripts, a “chips” music CD, the original Japanese novella… And that’s just scratching the surface. Click here for more details, and I look forward to reading your poetry!

If you haven’t picked up the game yet though, don’t worry, there’s still time! Drakengard 3 is available now from Amazon.com and other participating retailers, and with all the DLC now available, it’s a great time to play.