Kingdom Under Fire II is brand new, action RTS, in which players can control both troops and the hero at the same time. As a free-to-play MMO, players can evolve from a unknown mercenary up to the ultimate ruler of the world, and also players can explore massive scale battlefields together with friends.

We’ve developed Kingdom Under Fire II as a successor to previous games in both story and gameplay. Basic troop strategy and action strategy play like the two former games. Furthermore, we developed the gameplay elements so players can focus more on action strategy. 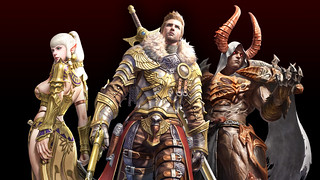 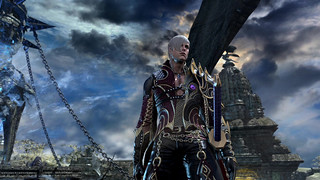 Lots of things have changed for 120 years. Regnier, the powerful hero in Kingdom Under Fire: Crusaders, disappeared and became legend. Encablossa, the God of Darkness, sent a mysterious evil one called Celes to Bersia in order to recreate the Age of Darkness and destroy the current Age of Light.

The biggest difference between Kingdom Under Fire II and the former games in the series would be scale. The former games featured simple troop strategy play, but Kingdom Under Fire II is a strategy game of grand size regarding troops. Also, heroes can use more powerful actions, and hundreds of weapon types of various troops which have more specialized strategic function.

There are currently three types of heroes in development, including the Berserker, Gunslinger, and Spellswords. Berserker has a huge bastard sword and a powerful body with a wide attack range. This type of Hero will have powerful stamina to wipe out lots of enemies at the melee combat. 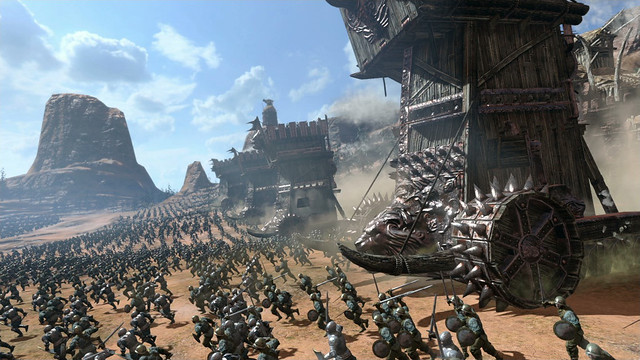 Gunslinger is very technical type of Hero that participates in battle with a gun and a sword. Players may have difficulty controlling the Gunslinger, but once they become used to this, players will create new tactics in the battlefield. Especially because this character has strength in controlling troops, so players can make more powerful and agile attack with Gunslinger.

As for the Spellsword, this Hero has weak stamina but can use lots of magic with immense skill. We’re planning to expand character types through updates in the future.

Thank you to all the gamers who’ve been waiting for Kingdom Under Fire II for a long time. To make a better game, to make a new genre, there were several trials and we needed lots of time. Finally we’re at the last stage. We spent more time than we expected but we are really here.

Please expect Kingdom Under Fire II. Also a big thanks to Sony for welcoming us to PlayStation.