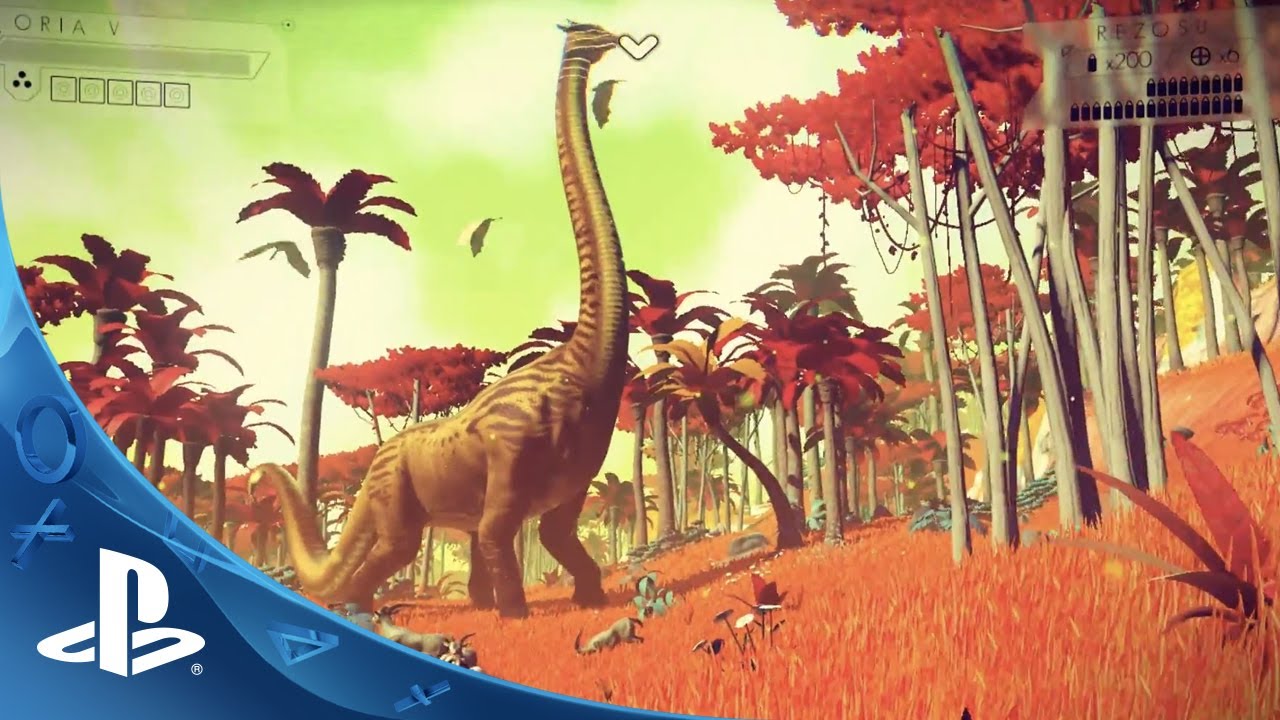 My name is Sean Murray, and I’m part of an independent studio called Hello Games. You might know us from a game called Joe Danger. That’s the only time I’ve been on the blog before. Sony was incredibly supportive of us back then, when we were just starting out as four friends, making our first game.

Now Sony is putting our next game, called No Man’s Sky, on the biggest stage in the world of videogames… and I’m feeling pretty sick with nerves.

I’m writing this during the rehearsals for Sony’s E3 keynote. I’ve never been before, just watched every year from home. It’s a lot bigger in real life.

No Man’s Sky is a science-fiction game coming to PS4. It’s incredibly ambitious and set in a vast universe we have created.

It’s a game without limits. If you see a mountain, you can trek there. From that mountain, if you see another planet hanging on the horizon, that’s a real place, with its own ecology. You can get in your ship, fly into space and it’s yours to explore. Not just that, but every star in the sky is just the light of a sun, with its own solar system waiting for you to discover and adventure in.

To put together our demo for E3, I’ve just been flying around, looking for nice locations for screenshots. Normally as a developer, your game doesn’t often surprise you, but I’ve just been grinning ear to ear as I’ve explored. Getting into fights with pirates, attacking space stations, discovering life I never knew existed. I guess I’m biased, but there are moments where my jaw drops, just seeing unexpected results emerge from procedural systems we’ve created.

Going out on the stage at Sony’s E3 press conference will be the biggest thing our little studio has ever done. We’ve been planning this game for years, even knowing that Joe Danger was a stepping stone to get to this point. Four of us went into a little room last year and finally started prototyping it. We didn’t even know if what we wanted to do was possible.

Before we finally announced it at VGX we just had no idea how No Man’s Sky would be received, but the incredible reaction helped us get through some real difficult times in the months since, like when our studio flooded at Christmas, and we sort of lost everything.

We’ve all been working so hard for our E3 demo since then. We haven’t done any press, or talked to anyone really, we just wanted to make the game, and prove ourselves worthy of all the kind words we’ve had since the VGXs. In that time we’ve seen the universe explode as we’ve designed hundreds of new procedural systems that have led to new forms of life, new patterns of vegetation and amazing geological formations. Back at VGX, the game was so young. Now it’s much more complete.

I’ve flown out first, but the whole of Hello Games is joining me soon to sit in the audience. I can’t wait to see them – it’ll be our first E3 for everyone.

By the time you’re reading this, hopefully the show went off without a hitch and I didn’t vomit on-stage, or whatever (potentially I’m already some sort of animated gif meme embarrassment). But most of all, we hope you like what we’ve shown today.

Thanks for all your support!