Today I’m incredibly happy to announce that the game will be released in September. I invite you to discover our brand new video dedicated to Sherlock Holmes: 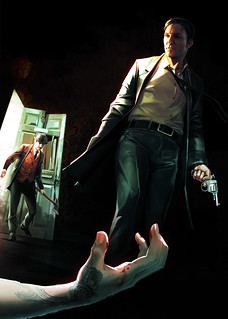 If you remember, Crimes and Punishments lets you become the greatest fictional detective of all time, Sherlock Holmes. We know him to be mostly an analytical, deduction-obsessed supergenius who steps in to investigate where Scotland Yard fails. This is exactly what you can expect with Crimes and Punishments.

There are six challenging and sophisticated cases to solve that involve murders, thefts, and disappearances; the game is investigation in its purest form. It requires you to act as a detective, to collect clues, to speak to witnesses and suspects, and finally to tie all the evidence together, making your own deductions, coming to your own conclusions.

The more clues you uncover, the more things are added to the Deduction Space, a conceptual place where you’ll attempt to link pieces of evidence together. Connected, they will eventually bring you to a conclusion for each case. My favorite thing about Crimes and Punishments is that your conclusions can be wrong depending on how you interpret the evidence, so it’s perfectly possible to accuse the innocent and have them sent to prison.

Speaking of nineteenth century traditions, it’s usually a death penalty when you accuse someone of murder. So act thoughtfully and do weigh your decisions.

Once you’ve reached your chosen conclusion, you decide how you want your culprit to be punished (Innocent or otherwise!) — this explains the name Crimes and Punishments: you decide whether to condemn them, or absolve them of their actions, if perhaps the reasons for their crimes were more complex than cold-blooded. So, you’re literally deciding the fate of peoples lives which will definitely have enormous consequences. 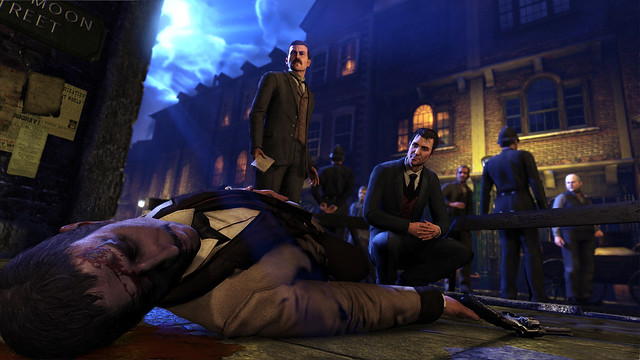 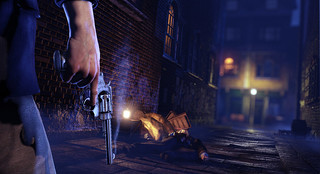 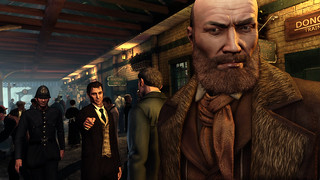 I’d say that Crimes and Punishments sets two questions for you to answer:

I sincerely hope you’ll have a good time along the way in September 2014 on PS4 and PS3, with 6 cases that will test your powers of deductive reasoning. Multiple suspects, and up to 9 conclusions per case will force you to think logically, disregarding emotion like the often cold Holmes himself.

For more info about the game, do not hesitate to visit our official website.

PS: We’ll be showing the game at E3 next week, so if you’re attending, don’t hesitate to drop by the Focus Home Interactive booth to learn more!

Prepare for Rollerdrome with dev combat tips, out August 16