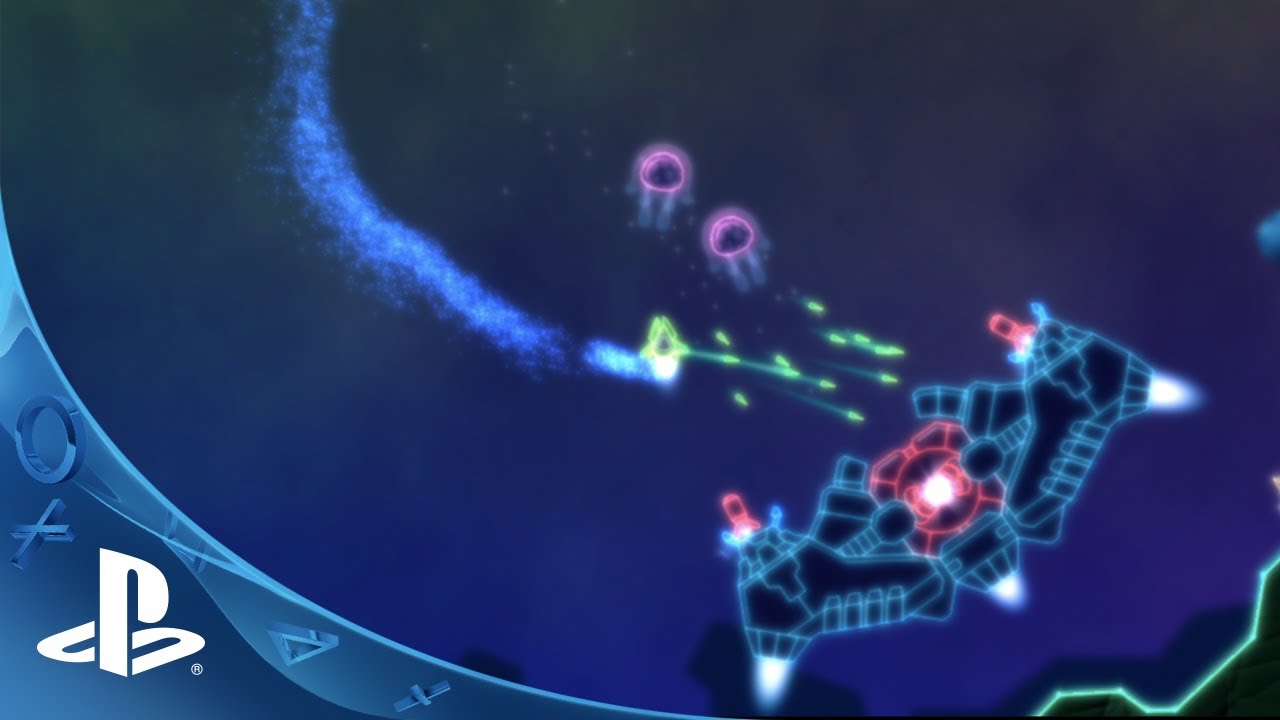 In late 2009, I nervously sent Just Add Water’s first PlayStation game, Gravity Crash, to PlayStation for submission on PS3. Back then, the indie resurgence had barely started, and the idea that our retro flashback was about to appear on a major console was scary. We had some decent innovations in there, from the easy-to-use level editor to the ability to share player-made levels via PSN.

The landscape for indie developers has changed massively since then, but the values of creativity and gameplay remain. This is what Gravity Crash stood for then, and it’s still as relevant today.

Yes, the team at JAW has been very busy with another game from a rather well-loved PlayStation franchise, Oddworld: New ‘n’ Tasty, but we found the time and talent to give Gravity Crash the update we really felt it deserved.

Nearly five years on, our work porting Oddworld: Stranger’s Wrath to the PS Vita gave us all here a glimpse of just how amazing the hardware is and what PlayStation’s tools enable us to do with it. At the time, I thought: “This is where Gravity Crash belongs…” We pushed the PS Vita to its limits with the game and we wanted a name that screamed it: Gravity Crash Ultra.

What can you expect that’s new to the game? A quick glance will show that a lot has changed visually. We’ve got it running at the Vita’s native resolution at a smooth-as-butter 60 frames per second. The lighting and visual effects have been given a makeover, turning the particles up to eleven. Explosions, weapon effects, a refined graphics renderer, better lighting… the list goes on. And that’s just the visuals!

That’s not all, though… much of the gameplay has been revisited. By adding a third player ship we managed to create three difficulty levels, including the anti-gravity ship for the easy difficulty. Reviewers of the original game commented on the difficulty; another throw-back to old school gaming we were keen to capture that might be too hardcore.

The interface has been tweaked to better make use of space and declutter various menus. We’ve improved the radar to make it more useful, and made the mission notification system much easier to keep track of. There’s the new logo to go with the new name, and the GUI has been redrawn to make it as crisp and touch friendly as it can be.

The excellent soundtrack created by legendary video game music producer CoLD SToRAGE also gets a remix, giving the electronic “demo scene” sound a fresh, new-car smell. You can even get the fully remixed soundtrack album along with the original. There’s also new voice-over sounds along with other audio improvements.

Of course, the mission editing and sharing features are still there, but you’ll also be able to share across to PS3, giving you nearly five years’ worth of extra levels to play through!

You should expect to see Gravity Crash Ultra for PS Vita on PlayStation Store this July. Follow JAW on Facebook and Twitter for the latest news about the game!