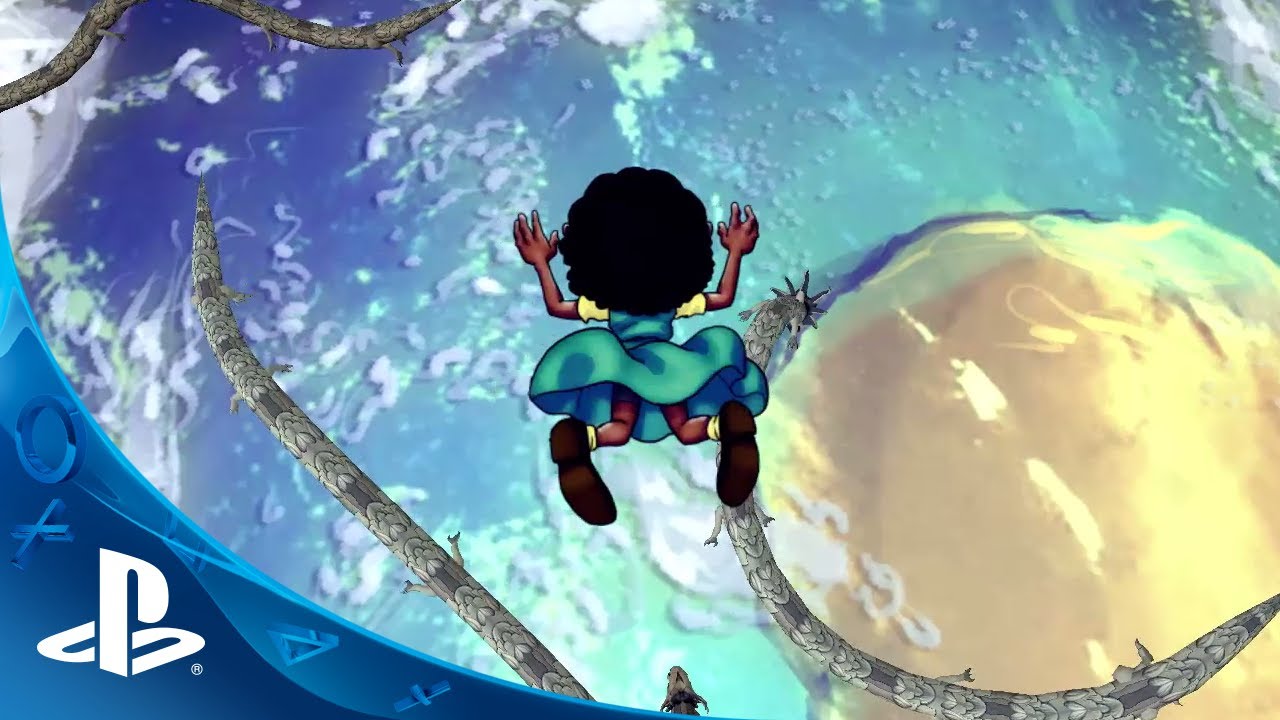 Two and a half years ago we set out to make the deepest, most beautiful runner game of all time. I’m so happy and proud to announce today that EarthNight will launch first on PS4, and shortly after on PS Vita in 2015. We will be showing off our first PS4 demo next week at E3 in Sony’s booth, and we can’t wait for people to get their hands on it.

EarthNight is a hand-painted roguelike runner about the dragon apocalypse. Dragons have taken over the Earth and exiled the decimated human population to outer space. Our outraged heroes Stanley and Sydney decide to skydive to the planet’s surface, taking out as many dragons as they can on their way. In terms of gameplay, Stanley is a good pick for beginners given his simpler control scheme. Sydney is for experts, with a less intuitive — but ultimately more rewarding — control scheme.

The game alternates between running on the backs of dragons and skydiving through a sea of the vile beasts. The running sections are frantic, fast-paced and filled with danger, while the skydiving sections serve as a living level select, and a break from the action.

From the very beginning, we wanted every moment of the game to look and feel like a living work of art. Every visual element is painted by the unbelievably talented Paul Davey (Mattahan). Paul’s unique, fantastical style and original characters inspired the entire EarthNight universe.

EarthNight also features a beautiful, epic original soundtrack by chiptune musician Chipocrite. Today, Chipocrite is releasing an EP titled 3P with two songs from the game and “Truce,” the song featured in our trailer. Check it out here.

Since most of the gameplay involves two buttons, EarthNight is accessible to anyone. But serious gamers shouldn’t be fooled; the controls have surprising depth, and the path to EarthNight is always different and riddled with danger. If you get flustered or start button mashing, you’ll be dead quick. A player can beat the game in 30 minutes, but it will take hundreds of runs to gain the skills to reach the final world. We expect many deaths, and few dragon kills at E3.

Stephen Orlando at IndieCade East called our game “Unbelievably beautiful and unbelievably hard”. It’s a game of finesse. You have to react quickly and understand the game’s systems to succeed. We make no apologies for the difficulty of our game; those who beat it will earn the respect they deserve.

My greatest hope is that people can play EarthNight for years and continue to discover new strategies and hidden layers. We’re really excited about PS4’s Twitch integration, as it will enable players to easily show off their best runs and learn from other gamers.

We are working tirelessly to finish the game as soon as we can so all you humans can exact revenge on those bastard dragons who stole our planet. For more information on EarthNight and the Cleaversoft team visit our website, and be sure to stop by at E3 if you’d like to run on some dragons.

A big thanks to Sony for making us feel incredibly welcome to PlayStation. If you have any questions I’d be happy to answer them. Thanks for checking out EarthNight!