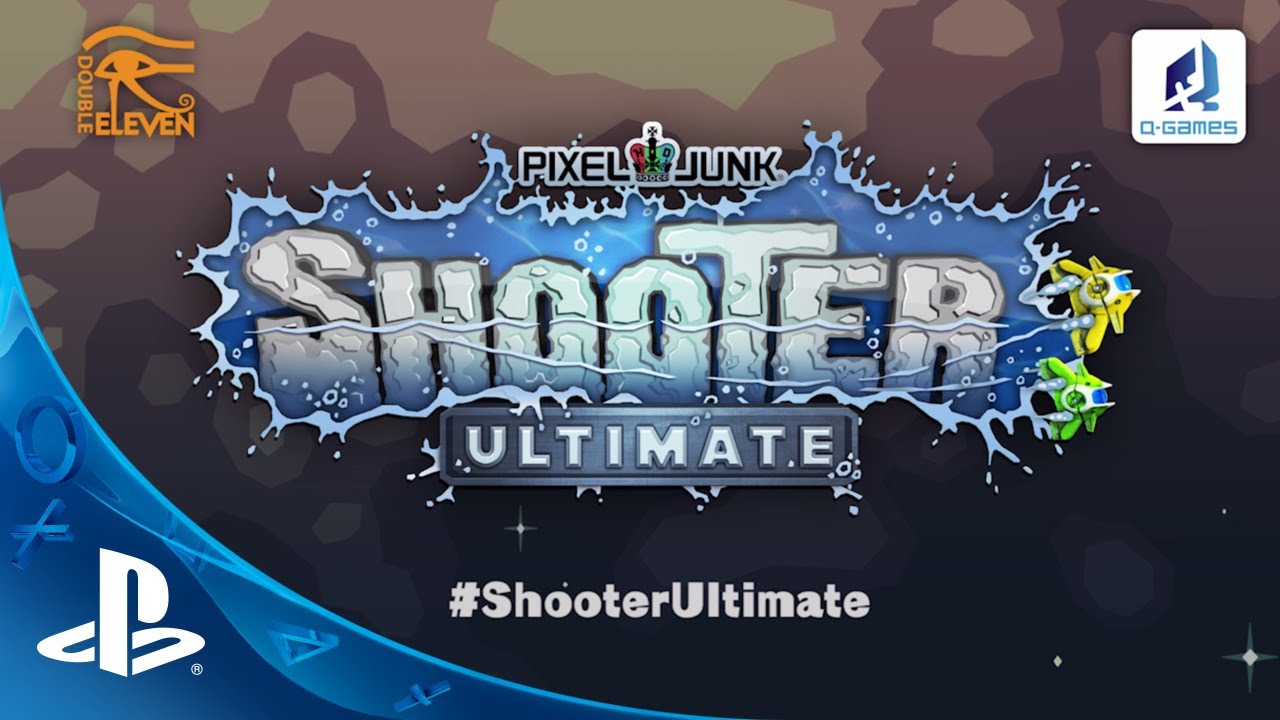 Originally, PixelJunk Shooter and Shooter 2 were made by our friends at Q-Games. As Q-Games are a very tech savvy developer (like us), Shooter was born from gameplay experimentations, using a very clever fluid simulation technology they had written. As the gameplay evolved, so did the story. Four years after Shooter’s first launch, we met the guys at Q-Games and — as fans — started talking about what this edition would be.

We ended up doing a number of cool new things in Shooter Ultimate, and with it launching today it’s a good time to give you an idea of what to expect!

Ultimate unites PixelJunk Shooter and Shooter 2 into one continuous experience, with a host of enhancements. Take all those things as a given and let’s go a little deeper…

What drives all that is a massive physics engine that features a powerful fluid dynamics system. While making your way through the campaign you’ll quickly notice that the interplay between states of matter (solids, liquids, and gasses) is key to getting by.

The beginning starts off easy: blast some rock, unleash a flood of water — and rescue the stranded scientists.

Scientists aside, surviving in Shooter Ultimate is all about managing your’s ships temperature. You can’t fly through magma since you’ll burn up, but unleash a flood of water and when it contacts, magma will cool and turn into solid rock — which you can blast your way through.

Online is where you undertake ship VS. ship battles that are more akin to a game of hide-n-seek than run-n-gun. Particularly as you can customise a loadout of upgrades on your ship that will completely change your tactics.

The upgrades list includes better weapons — but the power ups, disruptors, and hazards really make the battles. The camouflage power-up disguises you as a scientist so your opponent may pick you up and take you back to their base, allowing you to steal their scientists. Disruptors can reverse an opponent’s controls, make them stick to walls, and more.

The folks at Q-Games developed online battles by playing it over and over. They started with just shooting at each other and over time developed capture the flag style mechanics along the way. The upgrades were thought up as they were playing, to allow players to develop their own battle strategies.

Great news about versus battles is that they support cross play. So while on your PS4 you can play against someone sitting next to you, or online on a PS Vita!

So there you go, folks! If you’re a fan of the originals we hope you enjoy what we’ve done with PixelJunk Shooter. And if you’re new to the game, invite a friend over, plop down on the couch, and prepare for some great times.