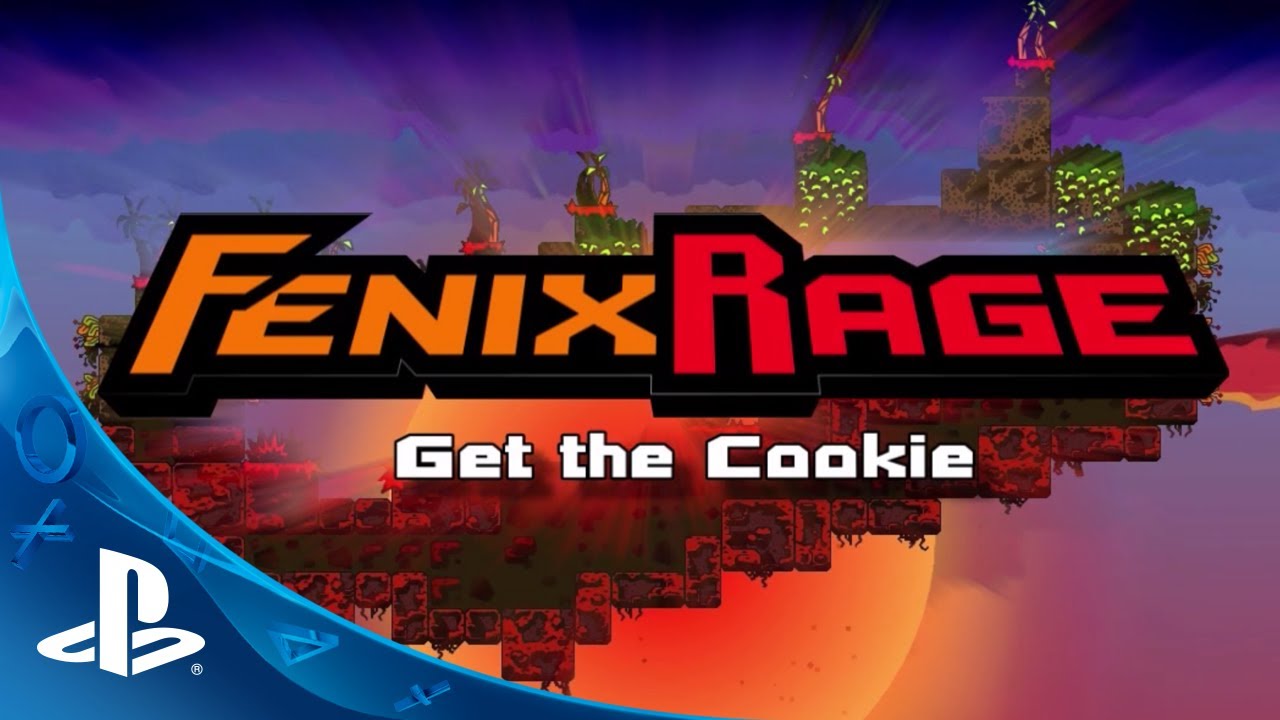 It’s hard for me to start this blog without saying how incredibly lucky I feel, and I speak for the rest of the Green Lava Studios team of Diego Vasquez and Jose Mora when I say this. It was only a couple years ago that we debuted our first game prototype on Google Play — it was really simple with hardly any cool visuals, but it served as the backbone of what would become our current game, Fenix Rage.

To read about the official announcement that our hardcore platformer will be launching this Fall on PS4… well, for three guys who grew up in Costa Rica daydreaming about video games, it’s just incredible.

As gamers our entire lives, we had a lot of inspirations when creating Fenix Rage. We were — and still are — big fans of Sonic The Hedgehog, and that influence is seen with Fenix’s dashing attack as well as some of his animations when near an edge of a platform. The bright colors and sharp art design is something heavily influenced by Mike Mignolia’s Hellboy as well as a cartoon I personally loved from my childhood, SWAT Kats.

When it comes to gameplay, having crisp responsive control is extremely important, especially in trying to establish the perfect “flow” when going through each of the levels. When we debuted the game earlier this year at PAX East, gamers kept mentioning how awesome the controls felt — it sounds silly, but rather than being proud we got it right, the team was just relieved people felt that way!

As I mentioned before, I’ve been a gamer my whole life. I played and admired games like Silent Hill, Crash Bandicoot, and Twisted Metal on my glorious PSone. Nevertheless, on Fridays after high school classes, I liked to play with my friends at a “PlayStation 2 Arcade”. What´s that? It´s simple: in Costa Rica there were few kids who had the privilege to own a PS2, and luckily in my town there was a place where 5 of these consoles could be rented by the hour. Being friends with Diego during our high school years, we had to save money all throughout the week to play there, but all this effort was worth it after I humiliated all of my friends playing as Ken in Street Fighter EX2.

Now with Fenix Rage officially announced, it’s an amazing feeling that we’re making a game on PS4. Of course, it also makes the development team more stressed as well! We have some great new modes to show off, new levels to design and perfect, more cookies to hide… but at least for today, we’re just sitting in our simple office here in Moravia, Costa Rica, just amazed about this great feeling. Our country doesn’t boast many well-known game developers so our team here feels a little bit of national pride as the first Costa Rican-made game on PS4.

Well… a little lucky, too.

Please have a look at the screenshots and video and let us know what you think. We’re very open to suggestions and ideas, and we take everyone’s feedback earnestly. So, let us know! And again, thanks for taking time to read about Fenix Rage.