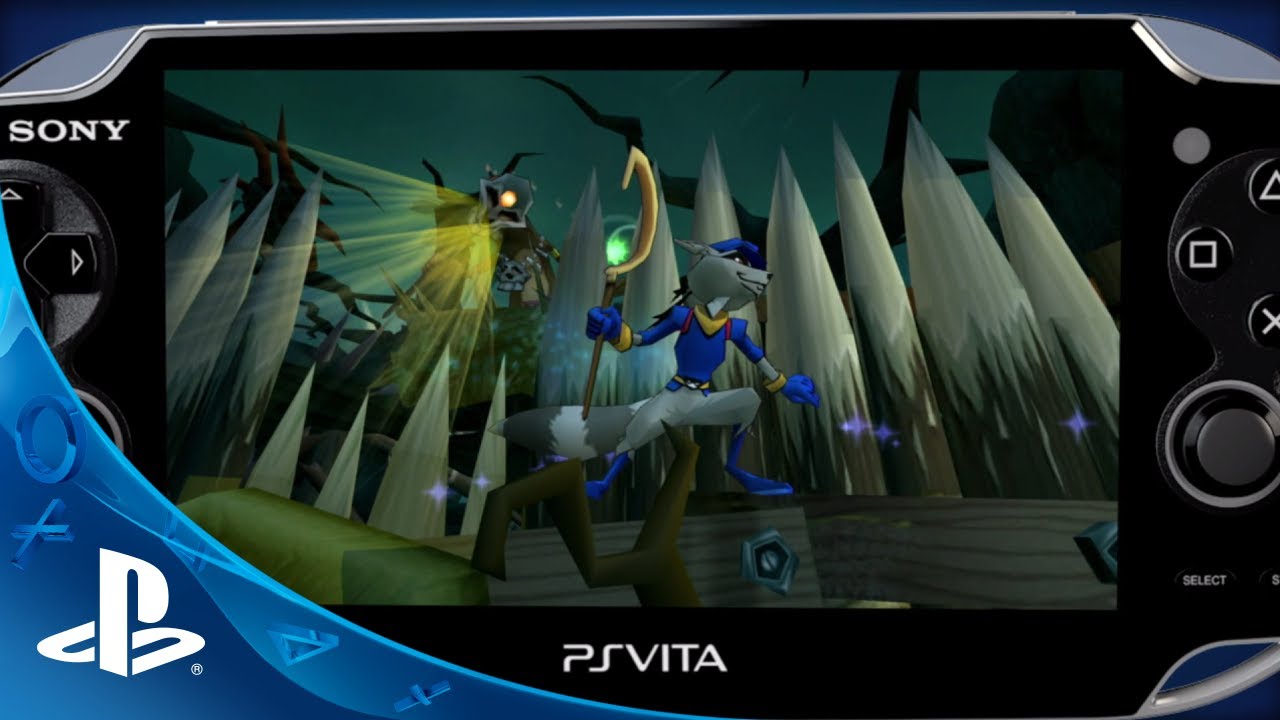 Hi there. It’s been a really long time since I put out a blog post, but I have a good piece of news to pass along — The Sly Collection is launching today on PS Vita!

Now you can play all of the Sly Cooper games on the go. The Sly Collection is a single purchase that features the original Sly Cooper, Sly 2: Band of Thieves, and Sly 3: Honor Among Thieves — for just $29.99! All three games have been remastered in widescreen HD and look amazing on the Vita’s screen.

In the first game we’re introduced to Sly Cooper and his gang as they battle his arch nemesis Clockwerk. From there the gang must fight against Clockwerk’s resurrection by the Klaww Gang in Sly 2: Band of Thieves. Finally in Sly 3: Honor Among Thieves, Sly and the gang must pull together an even bigger team of old friends and foes to take down the evil Doctor M.

Millions of gamers have enjoyed the Sly Cooper experience over the years. Now, for the first time, the games can be played and Trophies can be earned — anytime, anywhere.