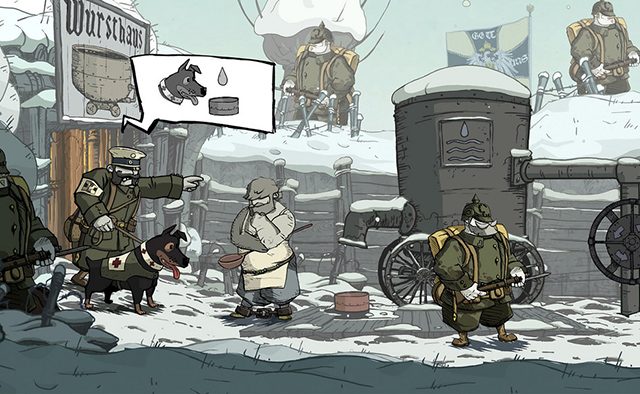 Valiant Hearts: The Great War is not the type of war story we’re used to seeing in games. Instead of focusing on soldiers, Valiant Hearts spotlights the lives of ordinary people thrust into an impossible, unbearable situation, and tells a personal and touching story set against the chaotic backdrop of World War I.

In this Developer Diary the Valiant Hearts team discusses the origins of the game and the research involved in creating the characters and atmosphere. Combining real stories and World War I history with imagination and a unique art style they tell a story of love, loss, and adventure unlike any other.

You’ll get to experience this story for yourself very soon, as the game will debut on PS4 and PS3 on June 24.