Worms Battlegrounds Coming to PS4 on 6/3 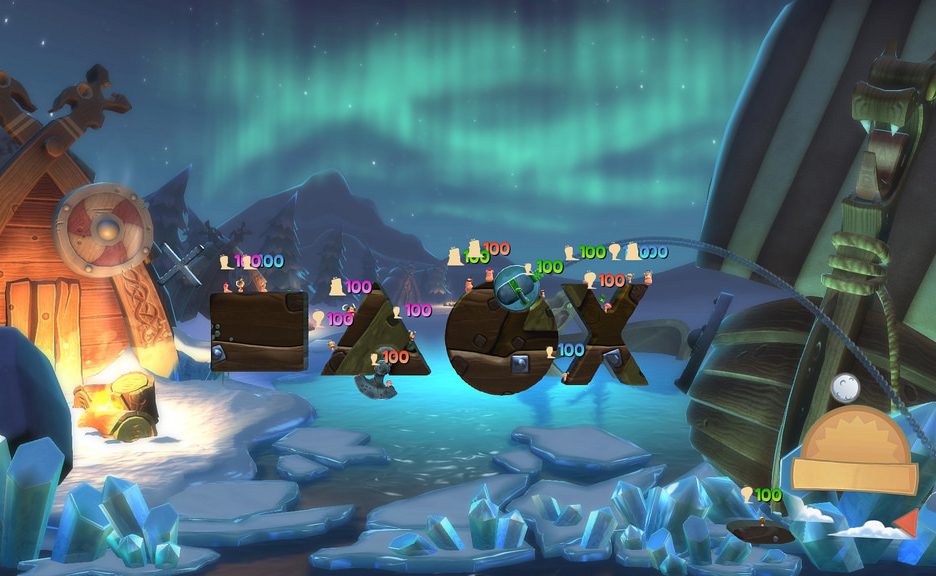 Hi PlayStation.Blog readers! We’re thrilled to share that Worms Battlegrounds will be available to download on PS4 starting June 3rd.

Multiplayer fans will be glad to know that there are both local and online multiplayer battles for up to four players! Choose from two different game modes: Deathmatch, Forts and Classic and either predefined or customized game settings.

We’ve even added in multiplayer clan support! Create your own clan and choose your own clan emblem or simply join another existing clan and take part in league matches! All of these earn you community points, which allow your clan to level up and grow larger. A particularly cool thing is that if we were in a clan together we could — for the first time — play controlling the same team! I’d take control of two of the worms, and so would you. Just don’t let me down; we’re fighting for our clan’s reputation as the best global Worms clan after all!

The crafty blog readers out there will be pleased to know that we’d added in a Landscape Editor, which allows you to create your own marvelous maps to play upon. Draw out your landscape, place any hazards (mines, barrels), physics objects and contraptions and then challenge your friends to a battle upon your own creation.

In a battle, feeling under pressure and want to quickly get out your Banana Bomb? No worries, we’ve added in weapon gestures allowing you to assign up to four weapons for quick select using the DS4 touch pad. So want that Banana Bomb? Just swipe up! Swipe left for the Holy Hand Grenade, or any other weapon of your choosing. You’ll never encounter the embarrassment of failing to select a weapon in time again!

We’ve also implemented DualShock 4’s light bar, which will dynamically change color depending on your worm’s scenario. Watch as the Light Bar glows red for attacks and explosions, blue when your worm is submerged in water and green to indicate that your worm is poisoned.

Thanks for reading, and see you in the online battlegrounds on June 3rd. May the best worm win!