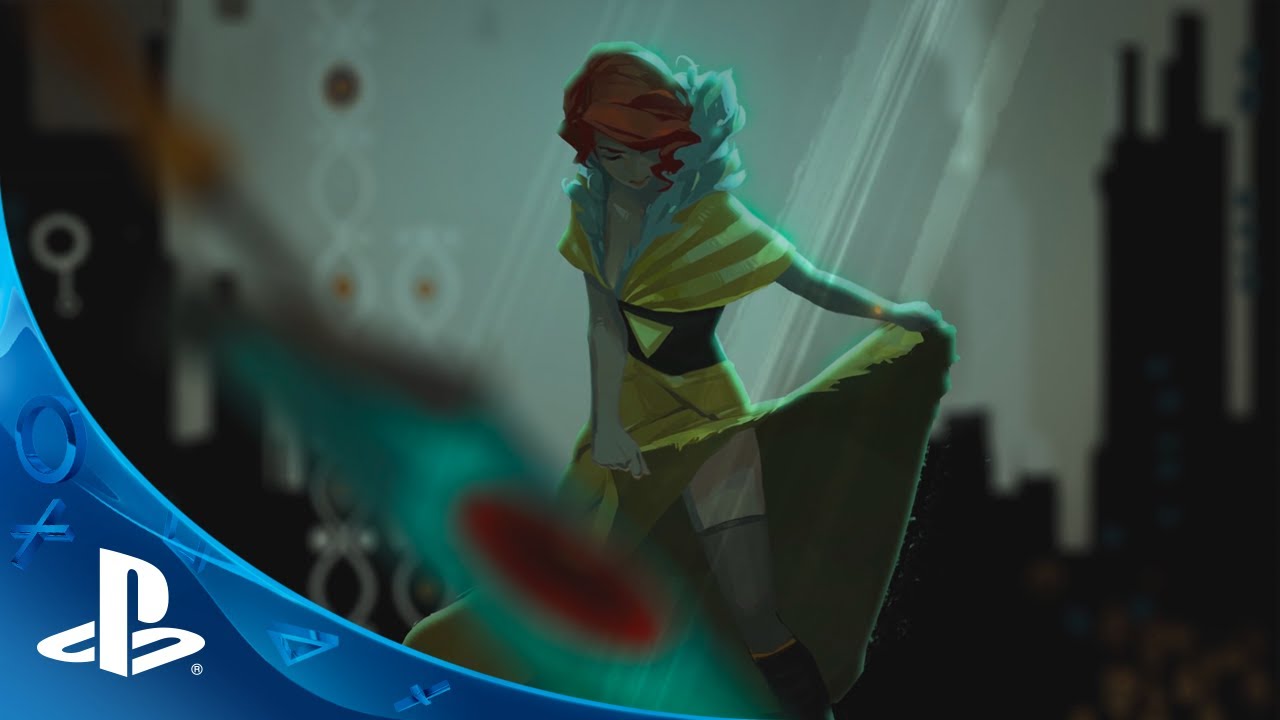 Update: Watch the launch trailer for Transistor below.

Transistor is less than a week away! Things are eerily calm for us at Supergiant as we await the moment when our new game becomes available worldwide, at which point we’ll find out at long last what everybody really thinks!

It’s been immensely gratifying to have worked on something that so many folks are excited about. Though, knowing full well just how little of the game we’ve shown, I’m eager to see the response to all the many aspects of the game we’ve purposely kept secret. I’d like to talk about one of those aspects here, but first! Let me tell you why we’ve opted to keep so quiet through most of Transistor‘s development.

“The less you know about Transistor, the more likely it is to surprise you.”

We could have shown more. Since you’re reading this on PlayStation.Blog, I’d bet you’re pretty up to date on what’s happening in games in general. You know the typical PR cycle for a big game involves tons of trailers, previews, press releases, and so on, and maybe eventually a round or two of hands-on impressions before the game is finally released. That’s not been our approach, partly because we’re a small team, and partly because we don’t think it makes sense for the kinds of games we’ve made. Our feeling is that the less you know going into a game like Transistor, the more likely it is to surprise you. And we think experiencing genuine surprise is one of the rarest and most pleasurable sensations that games can provide.

Having said that, if you’ve played our first game, Bastion — or even if you haven’t — then you may not be surprised to learn that finishing Transistor won’t necessarily signify the end of the time you’ll want to spend with it. Our philosophy on replayability comes down to this: Our foremost goal is creating a complete-feeling, well paced game that’s respectful of and rewarding of the time you put into it. That means we really want for players to experience a sense of satisfaction at getting to the end of the game. If most players get to the end of Transistor and stop there, we’d be very happy, as they will have completed the story. But then again, there’s more to it than that.

“Enter what we call Recursion mode.”

As part of our goal, we wanted to build rich, deep-feeling game systems for Transistor, such that it’s impossible to experience the full breadth of the gameplay on a single play-through. This helps us ensure that first play-through will be as packed with as much interesting stuff as possible. At the same time, it creates a lot of opportunity to extend the game in ways we think are exciting. Enter what we call Recursion mode.

Recursion mode is unlocked after you finish Transistor’s story. You’ll then have the option to recurse through the experience, retaining your progression data — notably, your User Level and all the Transistor functions you’ve unlocked. This immediately opens up a lot of new gameplay as you’ll be discovering new function combinations all the way through your initial play-through of the game. You’ll also find some new surprises (that word again) in the content itself the second time around. Most notably, the composition of enemy forces you’ll encounter will be different — and it’ll be different just about every time you play. This means you can really sink your teeth into the core gameplay if, as we hope, you’ve taken a liking to it by the end of the game.

The Process, the enemy forces you’ll be dealing with in Transistor, operate as a faction. The different varieties you’ll encounter have complementary roles. As we experimented with fighting against them in different combinations, and in different locations throughout the game, we found a ton of interesting variety. We hope you’ll enjoy it as we have. If you’re familiar with Bastion’s New Game Plus mode, we think Transistor’s Recursion mode pushes some of those ideas even further.

Transistor is foremost a single-player-focused game that we want to feel like a rather intimate and personal experience for players. However, we’re also very excited for the high level of play that’s possible in this game, and all the thousands of different function combinations and viable playstyles players can use to get through it. We can’t wait to see how it all translates with PS4’s built-in content sharing and live streaming, and to see what folks have to say about what are all the best, most interesting function combinations. For sure we’ll be there on launch day, watching people’s reactions in real time. You know, it’s a very special time for games these days, that we can do a thing like that. Until next week!