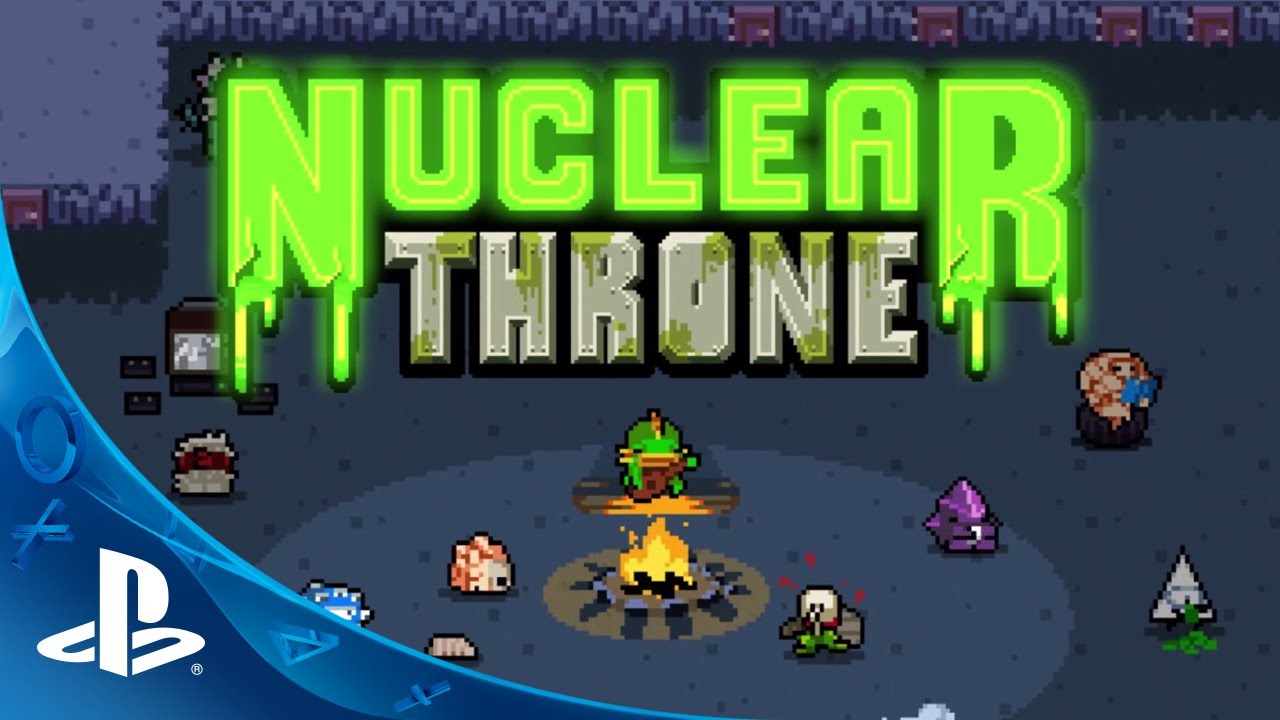 We noticed something interesting about the development process though, something we hadn’t quite expected…

Nuclear Throne is still a fun game to make.

That sounds like a bit of a ridiculous statement, but that’s actually quite a rare occurrence. Game development is a passion occupation, something you do because you love it — but it isn’t always fun. We’re almost a year into development, and we’re in what is commonly accepted as the rough part of a development cycle: the production phase. It’s the period of time in which the fun of coming up with new ideas has withered in favor of making things day in, day out, and the excitement of being almost done is still far-off in the distance.

Nuclear Throne is a top-down action game with procedurally generated levels. It’s Hotline Miami meets Binding of Isaac. It’s fast, difficult, and different every single time. It’s pulp sci-fi made into a video game. The world as we know it is gone — destroyed by some long-forgotten disaster — and mutants roam the planet. Players pick from a variety of mutants, ranging from a fish with a guitar to a scientist turned muscular hulk, and head out into the wastelands to conquer the elusive Nuclear Throne. 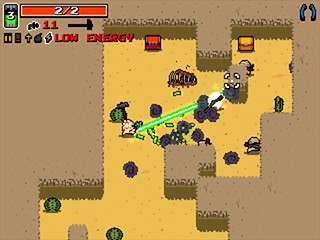 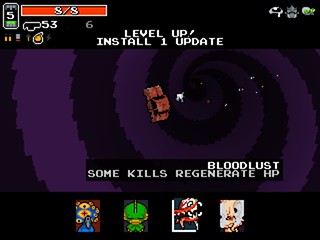 Every single one of the (now) eleven mutants comes with it’s own active and passive ability. During the game, players can carry two out of more than 60 available weapons at once, mutate their character with more than 25 different mutations to gain new powers or buffs, collect rare crowns to modify the rules of the random generation, and try and take shortcuts through secret areas. That means that in a single run, there so many possible variations that it’d require at least a line on this blog to write out just how many options there are. There are so many combinations, that we have no way of knowing how each of them works out.

Normally, when you make a game, you place the enemies somewhere interesting, make sure there are pickups in the right places and that the ammo is plentiful and the weapons nicely hidden. You design to make things interesting, giving the player a melee weapon in a stealth section and more ammo than reasonable before a firefight.

As a game developer, you tend to know everything about your game, and that makes the game less fun to play. As a gamer, you can get attuned to that sort of thing when you game a lot. You know that feeling when you run into a room, and it’s stocked with weapons and ammo, and you know it’s time for a boss battle? We don’t have that, and we think Nuclear Throne is a better game that way. What we do have is the feeling of beating a boss with just three bullets and one health left, against all odds, because the random generation dealt you a bad hand, and you dealt with it.

Sometimes, the game surprises even us. We were watching a Let’s Play of Nuclear Throne’s Early Access build one day, and someone figured out that grenades can be hit with melee weapons. We knew that. This player was playing Steroids, a dual-wielding hulk that can fire both weapons at once — and in this case, they had a grenade launcher and a sledgehammer. 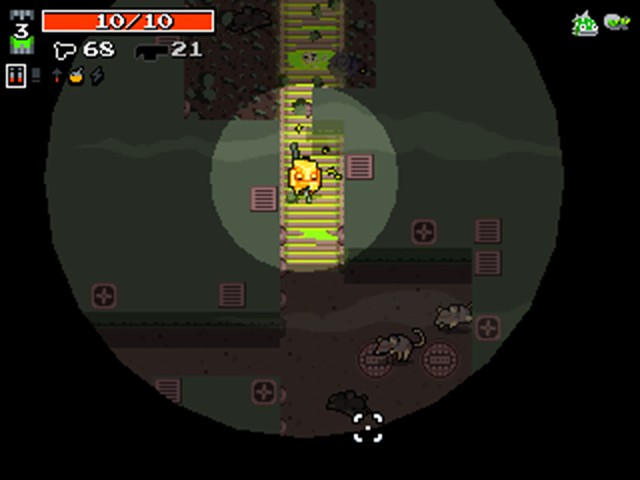 The player was stuck in a corner, down to just one health, and their grenades didn’t quite reach the snipers that were keeping them locked down in a small alcove. The two of us at Vlambeer agreed the run was over. There was no good way out. The player didn’t want to have any of that, though. They ran out in the open, aiming lasers from all directions immediately locking onto them. There was less than a second before the snipers would fire.

The player hit the fire button for both the grenade launcher and the sledgehammer at once. The grenade shot out, got hit by the hammer on its first frame, and turned into a deadly projectile that moved way further than it normally would. The grenade caused a chain reaction, and most of the snipers were taken care of in a single flash of brilliance. They cleaned up the rest of the resistance with some spectacular sledgehammer action, but we were so in awe of the sledgehammer-grenade trick that we barely noticed.

We never designed that to be possible, we just made grenades that you can hit with melee weapons and a mutant that can fire two weapons at once. There are thousands of interesting combinations like that, things we never considered, locked away in Nuclear Throne. It’s amazing that, almost half a year in, our players continue to show us new things about our own game on a regular basis.

Maybe, one day, we’ll discover something absolutely unexpected ourselves.