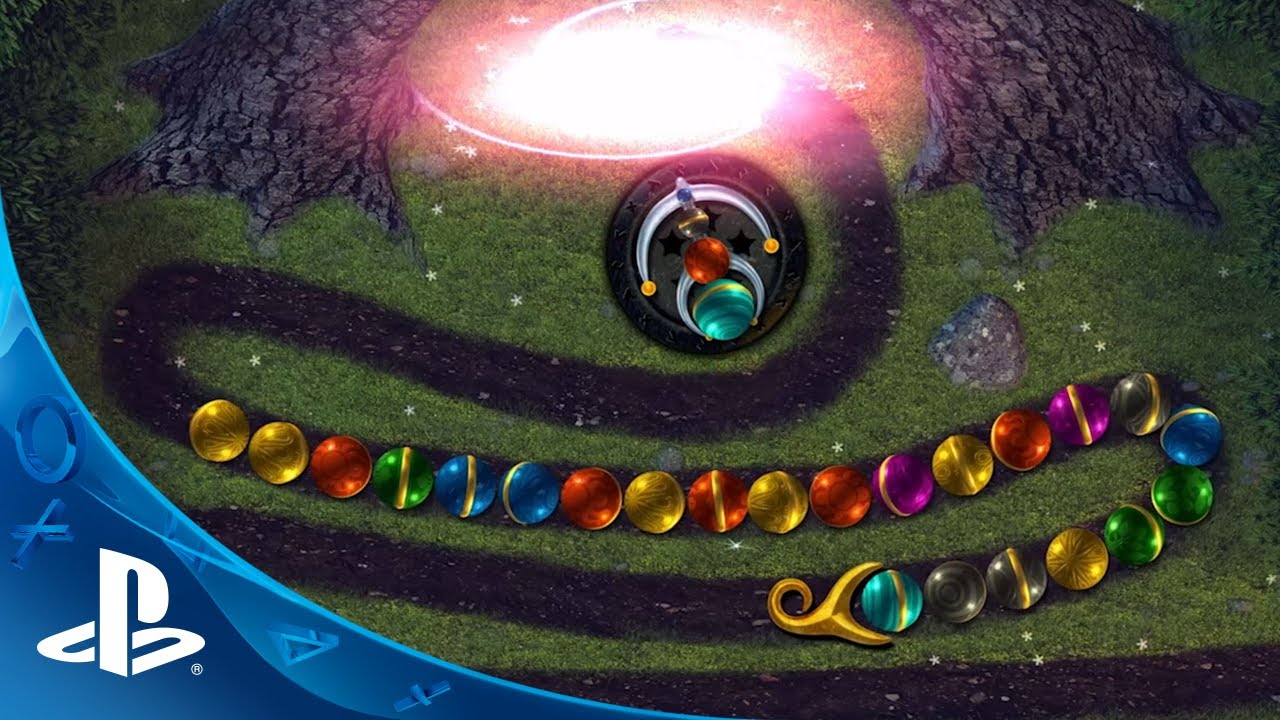 Hello again! I’m back today to announce 10tons is about to bring another action puzzle game, Sparkle 2, to PS4 and PS Vita. Sparkle 2 will launch on both platforms on May 20th, with cross buy support and a free trial. It’s priced at $7.99.

Sparkle 2 is a superbly polished match-three puzzle game set in a mysterious world of magic and wonder. The game features smooth gameplay, plenty of power-ups with big special effects, beautiful graphics, and a cinematic soundtrack.

We’re particularly proud of how well the basic gameplay translated to gamepad controls. Marble shooters play great with mouse controls or a touch screen, and we had an idea it’d work with an analog stick, too. We just didn’t expect it to be quite as good as Sparkle 2 turned out.

An even bigger unknown, and an even more pleasant surprise, was how fun the game is to play with the DualShock 4 touch pad. We’re using it basically like a mouse, with an on-screen pointer and all, and it works really nicely. On PS Vita we of course use the touch screen, and it’s just awesome.

So, check PlayStation Store in a couple of weeks for Sparkle 2, and download the free trial! We’re also hard at work on our next PS4 release, which we hope to tell you more about in the coming weeks. Stay tuned!