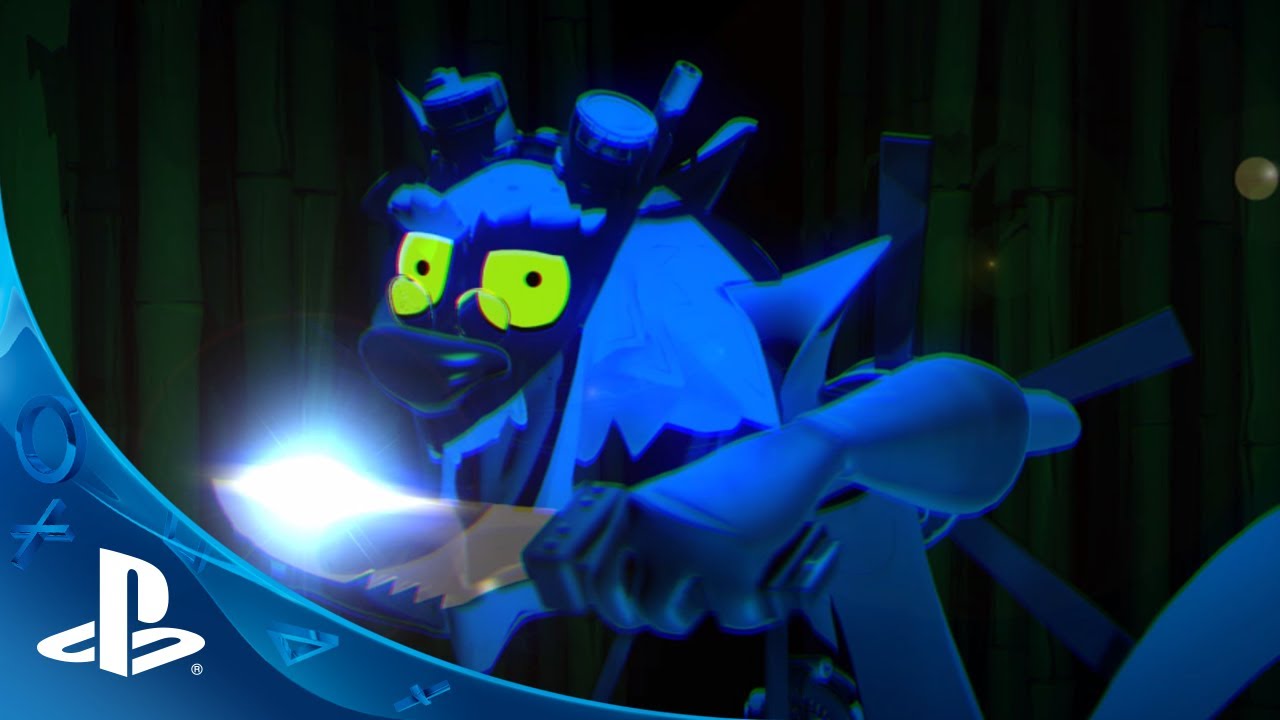 We always planned MouseCraft on PS Vita to be an accessible, well designed, gameplay-driven game, but the most eye-catching aspect is definitely our main character – he is the star of our newly released trailer and he is visible in the background of every level available in the game. Meet Schrödinger, our crazy cat scientist.

In queso you missed it…

MouseCraft is our upcoming A to B puzzle game where players help a group of mice in their relentless quest for cheese, guiding them to their goal by stacking Tetrominoes along their path.

The game is meant to be a family-friendly puzzle experience, but we also have not forgotten about the completionists and hardcore players – the game offers 80 levels full of collectibles, trophies, enemies, hazards and seven different types of Tetromino bricks.

One thing that does not change throughout the whole game is your main goal: helping a cat by leading the group of mice to the cheese.

Ok, but who is this cat?

His name is Schrödinger, and he is a scientist. He lives in a distant world of Cohesia and he dedicated his whole life to studying the concept of creating energy from ‘mice motion’. His efforts have not yet resulted in any particular discoveries or inventions, but he hopes to turn that all around in the near future as he is currently working on a mysterious, mice-powered machine.

As I mentioned earlier – his machine is powered by mice movement, and there is no greater reason for the mice to move than showing them a big chunk of smelly cheese. While Schrödinger may not look like a very bright kitten, he placed a piece of cheese in every part of his machine, so every time a mouse reaches the cheese a button is being pressed and a part of the machine is being activated.

Like every great scientist, Schrödinger does not care about money. In fact, he’s doing this all for sake of science. Unfortunately for him, the area of science he chose is pretty cheese consuming, and the amount of cheese needed for all that scientific testing is not cheap. After multiple attempts on making his project work, he eventually run dry and is forced to spend his all savings to buy the few last pieces of cheese. Placed sparingly, these last pieces of cheese could be Schrödinger’s last chance to see his invention come to life, but it’s only going to work if the mice can actually find their way.

That’s where the player comes in, to help get Schrödinger’s invention running. To achieve that, every part of the machine must be functional. There are 80 of them, so mathematically speaking – players will have to guide at least 80 mice to the cheese, to complete the game and discover why the machine is so important to our crazy cat scientist.

We would not like to spoil you the game, so let’s just stop here – the rest of the story will be revealed on July 8th when the game is released.

Meanwhile, thanks for reading and see you next time!