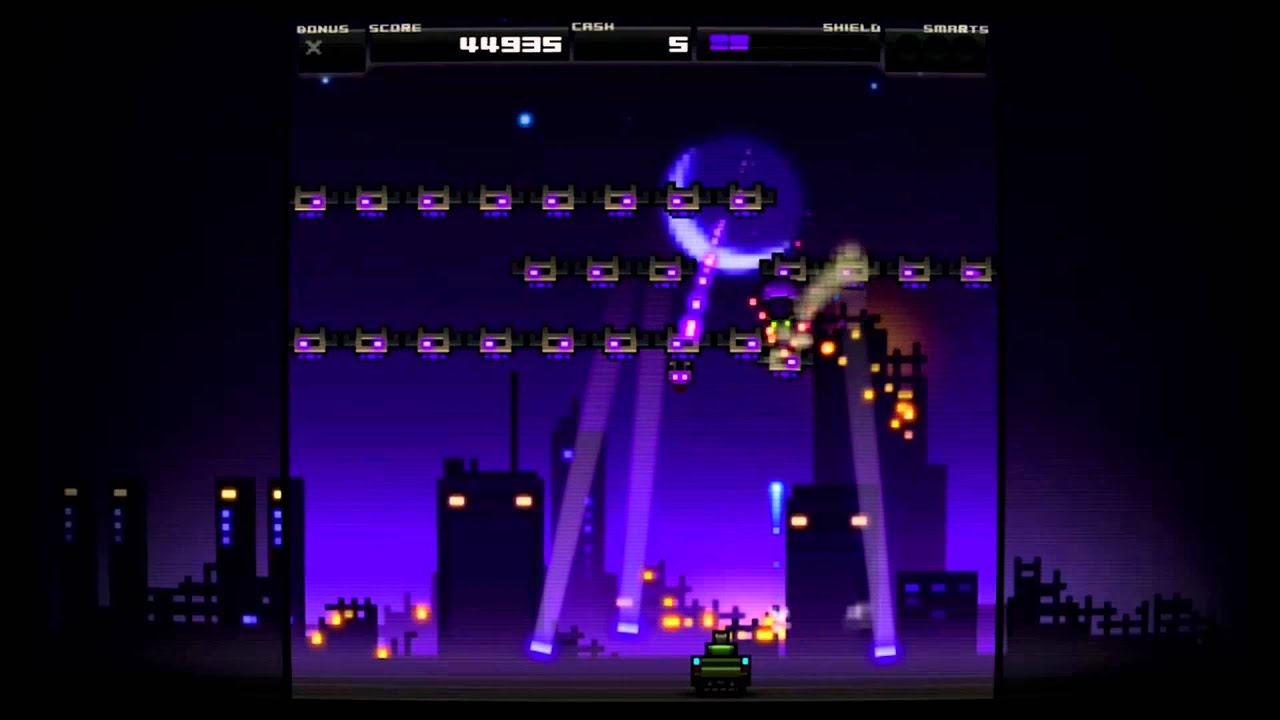 It’s been interesting working on a game that’s very open about its debt to ’80s arcade platformers, especially speaking as someone who got a space invader permanently tattooed on his wrist at the tender age of 23.

I guess we all show our love for classic gaming in different ways, and while mine was several hours of pain in a tattoo parlor in Camden, UK, indie developer Puppygames had the much smarter idea of creating Titan Attacks!, a love letter to pure arcade action that launches today for $11.99. You can spell it with or without the exclamation mark, but we think it adds that extra level of excitement if you keep it in.

We’ve been working on Titan Attacks! here at Curve since the holiday, and it’s our very first PS4, PS3, and PS Vita cross buy game. One of the cool things we’ve seen with Titan Attacks! during development has been just watching people play the game. We’ve taken it to several different shows here in the UK and abroad, and every time someone sits down to play they are nearly instantly engrossed in the action and often reluctant to stop playing, at least until they’re inevitably blown apart by the games titular enemies.

Part of the appeal is the fact Titan Attacks! is instantly accessible and understandable to anyone who has played arcade games before. But while the game may look simple on the surface and very “retro” in its style, there’s actually a lot going on that keeps the game interesting, fresh, and addictive through all one hundred levels of the campaign. Titan Attacks! of course features online leaderboards to keep things competitive, and a clever scoring system based around multipliers that you’ll lose if you get hit.

On top of that though, the game encourages you to go for skillful shots and lucky hits, and rewards you with bounty money that you can use to upgrade your ship in different ways. This lets you customize your experience more towards your playstyle, so if you prefer to play with a highly maneuverable but overall weaker ship, you can — but if you want to create a ship that’s closer to a tank in the way it moves and can shoot multiple lasers of death at your enemies, you can do that, too.

Combining the best of modern gaming with the instant fun and gratification of old-school games is what Titan Attacks! is all about. It’s a perfect game to blast away a few minutes during your daily commute, but if all those conventions are anything to go by, don’t be surprised if you load it up on PS4 and end up playing it for hours at a time! As always, we’ll try to answer any and all questions you may have about the game in the comments below.