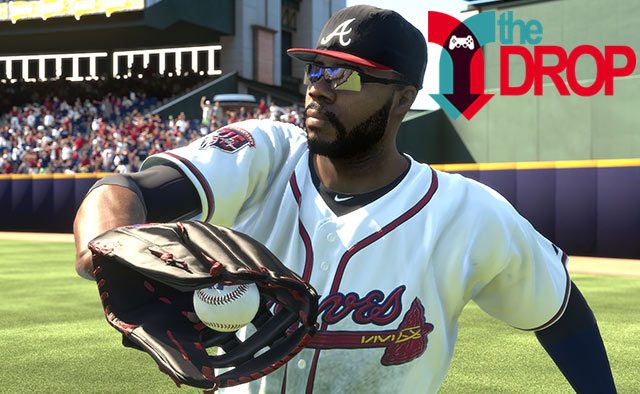 PlayStation’s critically-acclaimed baseball series arrives on PS4 with MLB 14 The Show. With unparalleled visual fidelity, San Diego Studio showcases its dedication and passion to the sport, thanks to achingly accurate stadiums and a broad array of new features. Harness the new Quick Counts to speed up games for fast, satisfying fixes, or use the new player lock feature to follow a single player all game. Both hardcore baseball devotees and casual fans can find something to love with The Show’s latest offering.

For gamers itching for old fashioned couch competition, look no further than Sportsfriends, a collection of wild local multiplayer games coming to PS4 and PS3. Or try out Bound by Flame, one of the first RPGs to hit PS4 with jaw-dropping visuals and hard-as-nails combat.

For a complete list of games coming to PlayStation this week, read on. And enjoy the Drop!

Borderlands 2 Vita
PS Vita — Digital (Only Available in Vita Bundle, Standalone Launch Next Week)
Pandora has a whole ton of loot, and that pile of sweet guns and blood-stained dollars is coming to PS Vita. Take the fan-favorite Role-playing Shooter on the go and level up a Vault Hunter with branching skill trees and jaw-dropping gear. Warning: highly addictive.
Bound by Flame
PS4, PS3 — Digital (Retail Available 5/9)
Seven Icelords have clutched the world in a cold grip. An army of undead threatens the last remaining free peoples, and only a few among them have the strength to fight back. Wrestle with the influence of a fire demon and save the world in this tactical, dark fantasy RPG.
Broken Sword 5: The Serpent’s Curse
PS Vita — Digital
The latest episode in the classic Broken Sword series, guide the intrepid George Stobbart and fiery journalist Nico Collard on the trail of a stolen painting. Conspiracies, murder, and mystery will find them at every step.
Football Manager Classic 2014
PS Vita — Digital
A classic sports sim for devoted football fans. Take to the pitch in this full-featured experience that brims with statistics. Includes a 3D match engine for a robust interaction with the sport.
God of War Collection
PS Vita — Digital, Retail (Already Available on PS3)
Two sweeping stories of revenge go portable. Take the intense action of God of War I and II on the go in this fan-favorite collection. Remapped controls for PS Vita, remastered visuals, and full Trophy support for each game.
Hakuoki: Stories of the Shinsengumi
PS3 — Digital, Retail
Be enveloped by the tale of Chizuru, who finds herself fighting alongside the notorious Shinsengumi as competing factions vie for control of Japan. Within the heart of such unbearable bloodshed, can Chizuru find love?
MLB 14 The Show
PS4 — Digital, Retail (Already Available on PS3, PS Vita)
The most recent, critically-acclaimed chapter in the MLB series arrives on PS4. Marvel at enhanced visuals and try out a variety of new features, from the time-saving Quick Counts to the in-depth player lock feature for a more personal experience. Baseball is better with The Show.
Sportsfriends
PS4, PS3 — Digital
Have some friends over, pull up the couch, and prepare for best-in-class local multiplayer. Sportsfriends marries four different, award-winning multiplayer experiences together into one game. Featuring BaraBariBall, Super Pole Riders, Hokra, and Johann Sebastian Joust.
Stick it to the Man
PS4 — Digital (Already Available on PS3, PS Vita)
Hard hat tester Ray has a bizarre accident and wakes up with a giant pink arm sticking out of his brain. Sounds like quite the change! Help Ray get a handle on his new powers and solve mind-boggling puzzles.
Titan Attacks!
PS4, PS3, PS Vita — Digital (Cross Buy)
Turn back the Titan army! Experience classic arcade shooter gameplay with slick visuals, new strategies, and more than 100 levels of pulse-pounding action. Earn money and purchase upgrades to unlock new weapons and powers.