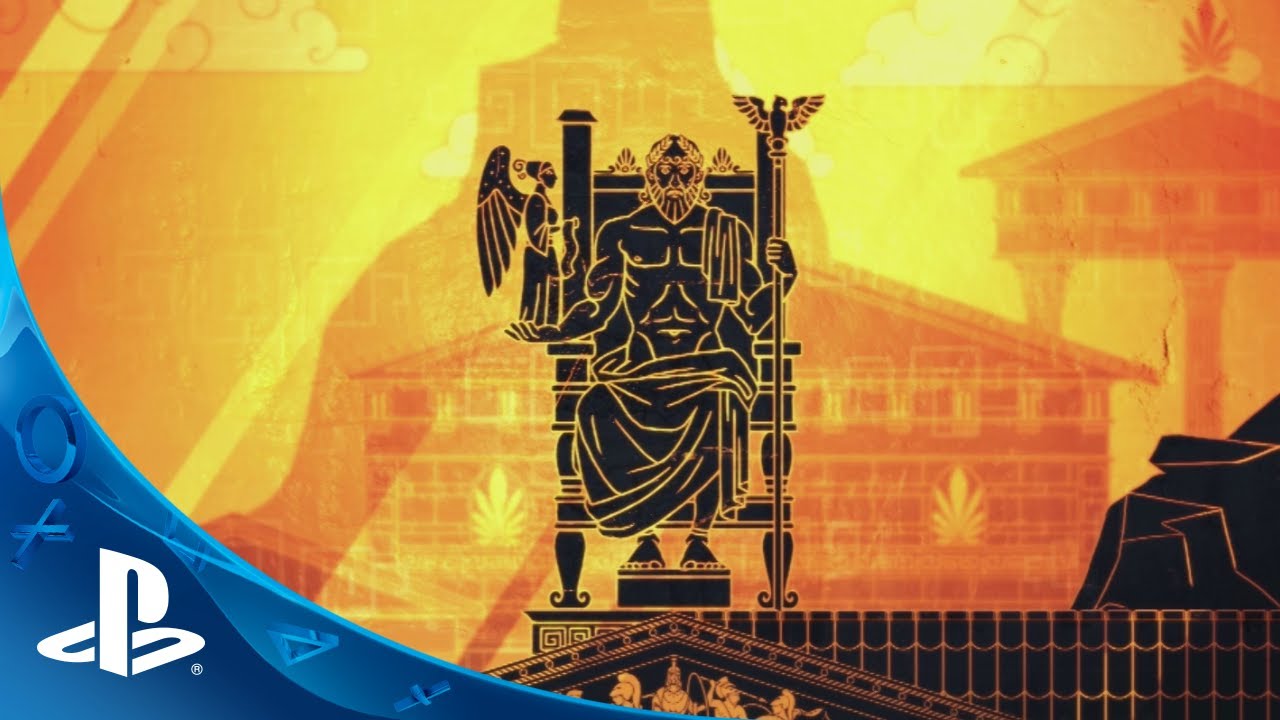 Looking back, making our upcoming action sidescroller Apotheon in the visage of ancient Greek pottery seemed like an obvious choice. Everything is already there. The 2D perspective, the awesome narrative and setting possibilities, heroes fighting monsters and magical goat-men with no pants… All we really had to do was figure out how to make the art on those pots move around and make it into an interesting game.

That’s taken the two of us almost three years now. But we’re almost at the end of our long road, and we’re super excited to announce our new partnership with PlayStation to help us out and bring our hard work to even more players, as Apotheon will be coming to PS4. Here’s a few things we think will make Apotheon a blast to play with DualShock 4 in hand.

The combat in Apotheon draws mainly from our collective background as multiplayer FPS gamers. We were never much for button-mashy or combo based fighters, which I think have a bit of a stranglehold on 2D action games (especially melee focused ones). Instead of giving players a shopping list of moves and combos to memorize, we just give a set of basic actions. You can move, jump, attack, block, roll, and throw. Learned skills like timing, positioning, and reading your opponent’s movements are at the core here.

Once you start figuring out where and when to use each of these base abilities, come up with your own tactics, and how different weapons interact with each other, the sword n’ board warfare of Apotheon really begins to open up. Perfecting a devastating diving attack for more damage. Knocking your enemy over with a low blow to the legs, then following it up with a killing overhead strike while he’s down. Faking out the other guy with a feigned stab, only to block and counterattack when his timing is confused.

Jumping, rolling, and parcouring, untouchable all around the map while showering your foes with exploding arrows. Shooting the chain off a hanging lamp and sending the burning oil to ignite whoever’s unfortunate enough to be standing below. Shield bashing your opponent in the face because he got inside your speartip range with his axe, sending him reeling across the room, then chucking the aforementioned spear into his chest and watching him cartwheel down a flight of stairs in a fountain of artfully-styled gore. It’s all very satisfying, in a classical way.

While the combat is definitely the heart of what makes Apotheon a fighter, the world and contents therein are what make it an adventure. This is the bronze age here, and none of this equipment is all that durable (we tend to treat all our weapons the same way one treats ammo in an FPS, to retread our influences). Swords break, spears snap, and shields shatter. You’ve got a big mountain to climb to take on the Gods of Olympus, and keeping yourself in tip-top fighting condition requires a bit of exploring, looting, shopping, and crafting.

We’ve tried to stay pretty light on the RPG elements, so there’s no stat leveling or ability trees or anything like that, but you will certainly be sneaking into a lot of locked places for treasure chests, crawling through monster riddled caves just to see what’s ahead in the darkness, making potions that summon skeleton warriors, and breaking a lot of pots for coins. I think there’s something very meta about smashing pots, in a game that also looks like it’s painted on one.

We’re looking forward to fighting and exploring in 1000 BCE mythical Greece with you guys! If you’ve got any questions about the game or us developers (the release date is still to be announced, sorry) please ask them in the comments and we’ll try to answer as many as we can!