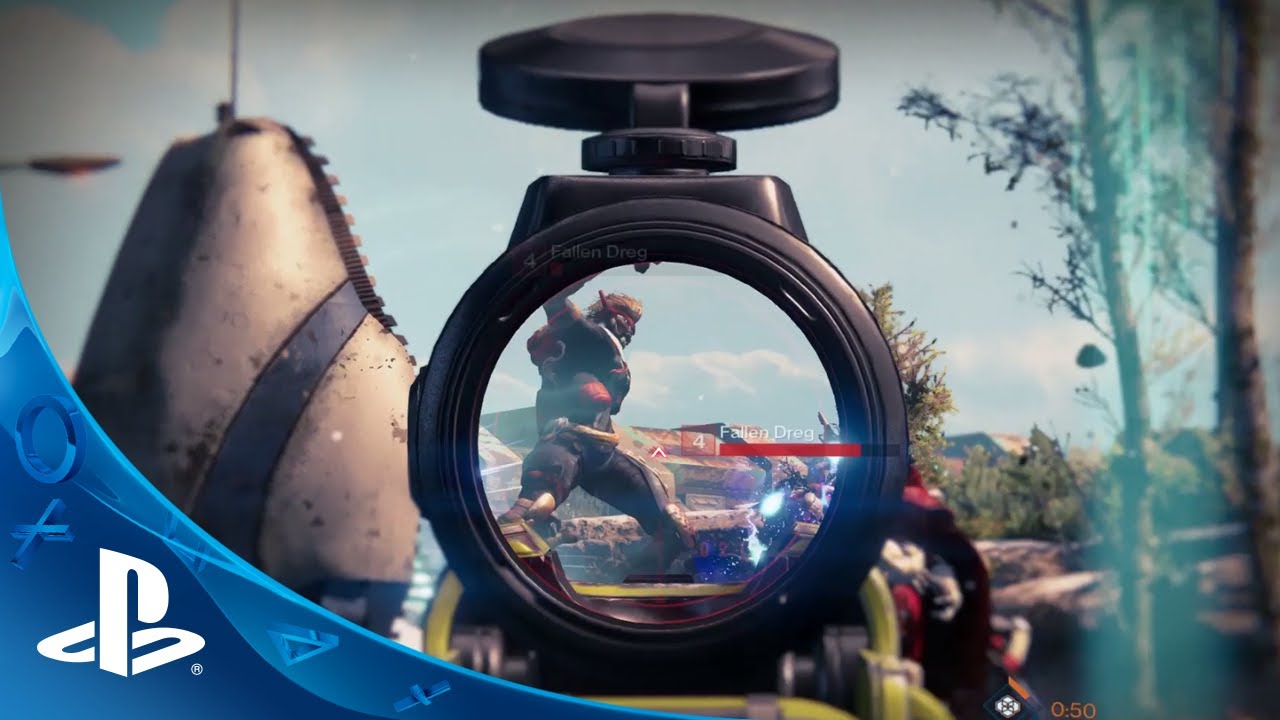 Having spend several hours with a pre-release version of Destiny on PS4, my sense is that Bungie’s vision is no less than a complete rethink of how multiplayer shooters work. Destiny is a deconstruction and reconstruction of a genre that has languished in sterile matchmaking lobbies for far too long.

If you don’t have a particular agenda, Patrol is a good place to start. The Patrol structure is deliberately relaxed and freewheeling, with locations covering a large swath of exterior and interior spaces. You can hunt for beacons to trigger side missions, or just blast enemies, collect loot, and explore at your own pace. Patrol missions seem to vary considerably, tasking you with everything from collecting uranium to interrupting mining operations and assassinating enemy leaders. 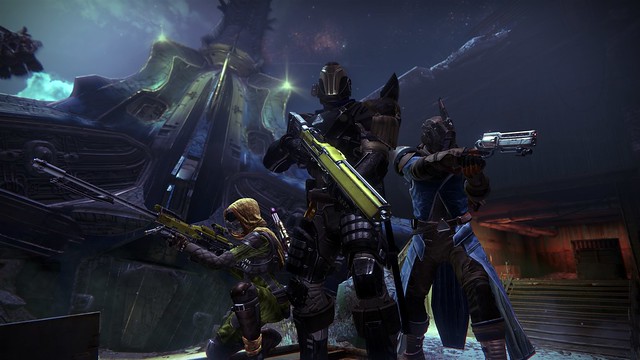 From time to time you’ll cross paths with other Patrol players, sometimes in the form of dynamic “social events” that pit you against a bigger challenge. It’s always optional: Tag along with the new guy, or hop on your hovercraft and make for the horizon? As in thatgamecompany’s Journey, it’s your choice. Patrol’s fluid, effortless matchmaking makes the overall Destiny experience feel distinctly social, with other players drifting in and out of your game.

Strikes are far more directed affairs. These cooperative missions have a clear beginning, middle, and end. Many conclude with a climactic boss battle and showers of multicolored loot. Strikes are designed to be highly replayable and present a prime source of quality gear, so expect them to be popular come September. 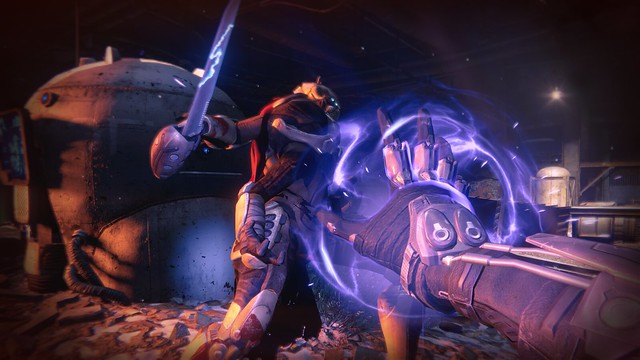 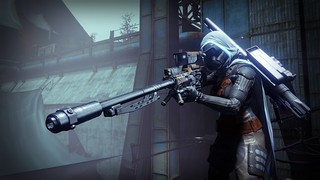 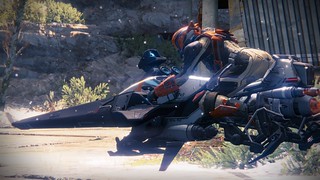 I played one Strike set early in the game called “The Devil’s Lair.” As my partners and I picked our way through the carcass of a sprawling facility in Old Russia, I swapped between my primary weapon (an accurate pulse rifle) and my special weapon (a head-melting fusion rifle) depending on the situation and surroundings. When the going got tough, I deployed my heavy weapon — a rocket launcher — to lay waste.

Strikes represent a microcosm of Destiny’s co-op gameplay design mentality, with each of the three Guardian classes filling a signature role in the fight. Hunters are nimble heavy hitters that inflict big damage at medium to long range, while Titans veer more towards the tank role. Warlocks serve as heavy artillery, obliterating enemy mobs in violent explosions of Void energy.

Each class boasts a specialized grenade type and a distinctive Super ability (with variations for both) that’s triggered by pressing L1 and R1 simultaneously. Otherwise, the classes differ from each other in minor ways. Any class can use any weapon equally well as any other class, for example. 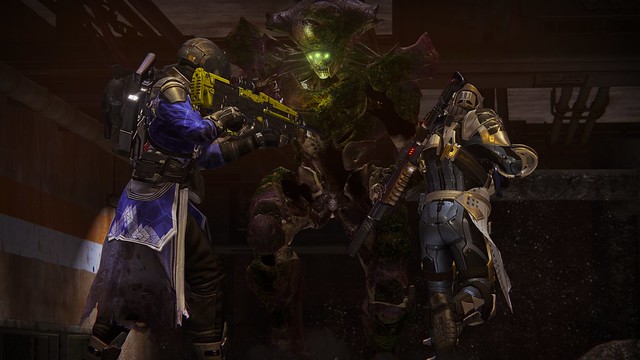 Speaking of which, Bungie’s mastery of weapon design is on full display here. As you open caches and slay baddies, you’ll collect armfuls of new weaponry that offer unique benefits and drawbacks. One auto rifle might fire blisteringly fast but suffer from limited range and a tiny magazine; another might fire slowly but far more accurately. There are an array of shotguns and sniper rifles, too — we’ll provide more details in another post later this week.

Though the arsenal is diverse and dynamic, Destiny’s guns aren’t procedurally generated; each is hand-tuned by a Bungie weapon designer and has a role in the overall armory. You’ll be able to further customize your weapon by adding mods or leveling it up with consistent use.

After playing several hours of Destiny, it’s hard not to be excited. The game is a visual knockout, and so far the gameplay fundamentals feel rock solid and, critically, fun. And yet, Destiny’s greatest charms may lie in its potentially gamechanging approach to online matchmaking.

There’s still much to learn about Destiny. The competitive mode is set to make its debut at this year’s E3 2014, with a beta release set for sometime in the indeterminate future. Whatever happens, September 9th suddenly feels painfully far away.