This Week in PlayStation 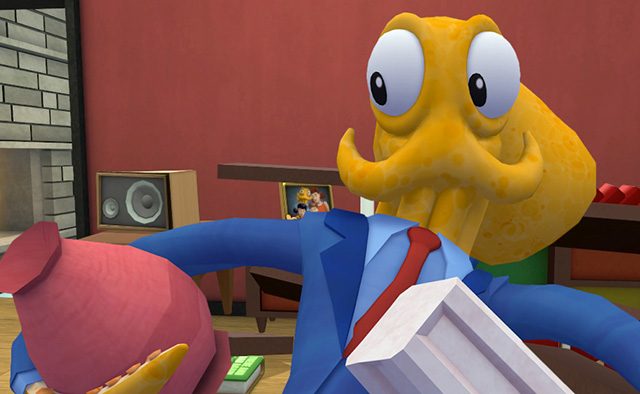 It’s been a week of Dogs, Dads and Dead this week, with a bunch of new info on Watch_Dogs courtesy of our own Ryan Clements, the release of Octodad: Dadliest Catch on PS4, and The Walking Dead Season Two on PS Vita.

Local co-op sensation Sportsfriends comes to PS4 and PS3 on May 6th (your chance to finally try Johann Sebastian Joust), we’re prepping to hit the Road to Greatness, where you’ll get to play a bunch of unreleased PS4 and PS Vita games, Evolve got a hot new interactive trailer, and more happened this week.

I sat down with a couple friends and played Octodad: Dadliest Catch 3-player co-op with roulette enabled — which means that every time we completed an objective, the limbs we were in control of changed. It was some of the most ridiculous, hilarious fun I’ve had with a game, and I recommend you and your pals give it a shot.

What are you playing?

This Week’s PlayStation Plus Update

Most-Watched Video of the Week