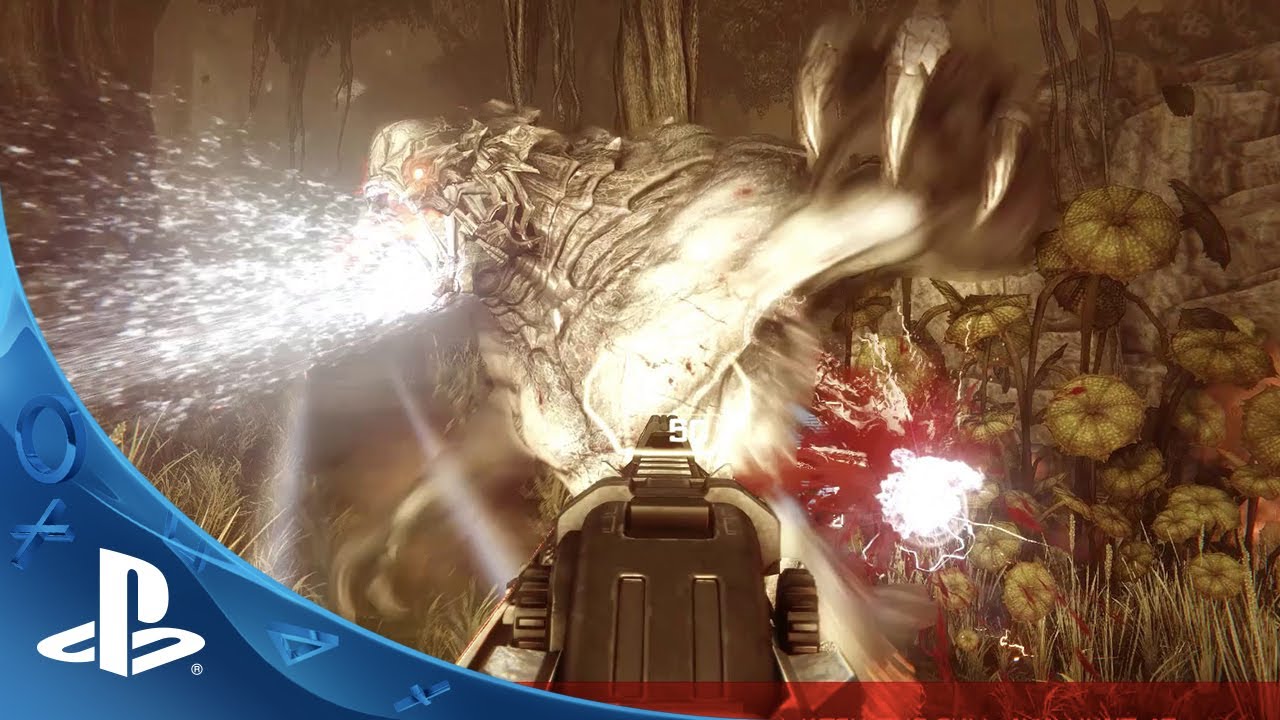 We’re very excited to share a complete match of Evolve with the world for the first time. We’ve done something pretty cool with this trailer by allowing viewers to switch between the feed of any of our four hunters or the monster. We’ve also included a sixth channel to watch along with some great commentary from Aaron “Ayesee” Chambers and Chris Ashton, the co-founder and design director at Turtle Rock Studios.

The concept of four hunters taking on one giant, evolving monster really sets Evolve apart from other games. This trailer does a great job of demonstrating just how unique each role is, and we’re excited for gamers to start getting an idea of which side of the 4v1 battle they want to be on, keeping in mind that there’s going to be even more hunters and monsters to choose from when Evolve ships this fall.

In this trailer, you get a look at the first four hunters in Evolve: Val the Medic, Griffin the Trapper, Markov the Assault, and Hank the Support. Each hunter plays a unique role in the fight, and each of them has unique weapons and items used to take down the monster. You also get to see Goliath, our first monster. Goliath’s attacks include a charge, leap attack, rock throw, and fire breath. In this 4v1 trailer, the two sides tangle in an awesome battle on our map Forest Ruins.

It was great seeing the reception for Evolve at PAX East, where we had a massive booth that included an enormous to-scale statue of a stage 3 Goliath. We drew huge crowds when we broadcast matches on the big screen above our booth while two 2K Production Staff shoutcasted the play-by-play of the 4v1 action.

We hope that today’s trailer brings that awesome PAX East experience to viewers around the world.