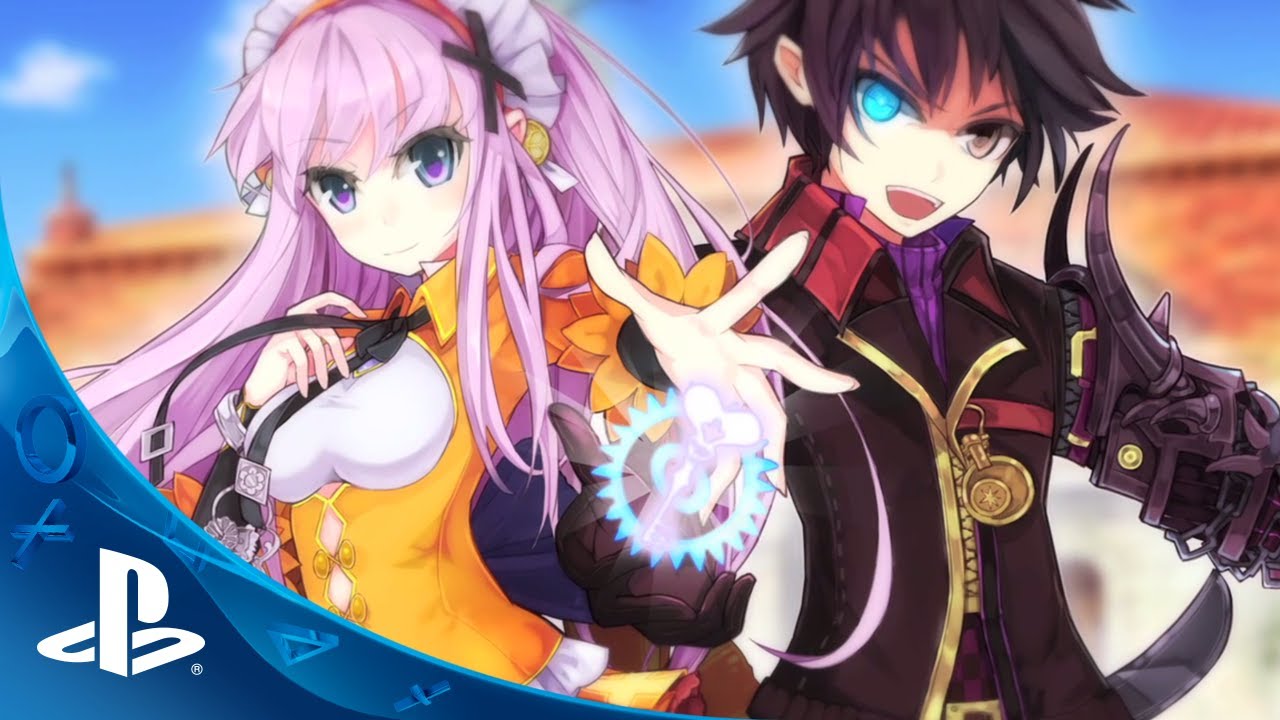 Greetings, doods! It’s your humble Prinny David, and I’m excited to let you know that the dungeon-crawling RPG Demon Gaze is out today in North America exclusively for PS Vita! For the first month of the game’s release, we’ll also be offering free Disgaea DLC that will allow you to download character portraits of Etna, Flonne, Sicily, Asagi, and Prinny as party members.

What sort of dungeon-crawling madness can you expect from the game? Let’s get right into it!

You’ll play as an unnamed hero who awakes in the strange land of Misrid with no recollection of your past. You soon find out that you’re no ordinary amnesiac, however, and that you’re actually a Demon Gazer — someone born with the ability to control demons. This is quite handy, because Misrid is riddled with demons who control different parts of the world. Now it’s up to you to control all these demons and discover who you truly are in the process.

You’re not alone in this quest, however. When you’re not crawling through dungeons, you’ll be spending a lot of time at your base at the Dragon Princess Inn where the rent’s high and the neighbors are (sometimes a little too) friendly. Here you’ll meet all kinds of zany characters including the beautiful, if frugal innkeeper Fran, the morbid mortician Prometh, and Kukure, the style-obsessed Migmy.

Not only are they all unique characters, but they help you in your quest in their own special ways. Fran will give you the lowdown on missions and potential adventurers that can join your party, Prometh will revive fallen warriors, and Kukure allows you to change the gender and character portraits of your characters whenever you’d like. And believe me, with a multitude of races — including elves, cat people called Ney, and the childlike Migmies — and classes that include Assassins, Wizards, and Samurai, you can make your character look as cool as you want!

Aren’t these people at the inn helpful?

Speaking of helpful, I mentioned earlier that you had the ability to control demons. Those demons will be a huge asset to you in battle, but first you must defeat them. In order to do so, you’ll have to fight hordes of enemies summoned from Demon Circles. Once you’ve defeated all the Demon Circles (and enjoyed the item drops they provide) you’ll be confronted by the demon that rules the roost. Defeat them using your well-tailored party, and that demon is yours. You can then summon demons to assist you in battle, where they’ll help your party using their own special sets of attacks and skills.

Beware, though, because these demons are never quite domesticated, and if their Demon Gauge goes to zero they’ll go berserk and begin attacking everyone! You’ll have to maintain a good relationship with them to keep that Gauge high. On top of helping out in battle, demons will also help you while traversing the dungeons — some giving you the ability to resist heat traps or helping to find extra items in a dungeon — which will allow you to squeeze the most out of each dungeon.

I don’t know about you, but the idea of having demons at your fingertips and mixing it up with some crazy locals while crawling through dungeons sounds like a good ol’ time to me. All that, combined with class customization, beautiful artwork, and free Disgaea character appearance DLC only makes it better.

I know I’m turning my gaze towards Demon Gaze today, and I think one look from this game and you’ll fall in love, too. Until next time — Prinny out, dood!