Conception II: Children of the Seven Stars is out today for PS Vita, and you know what that means? It’s time to start classmating! Conception II is a dungeon crawler/social-sim hybrid where you’re put into the role of “God’s Gift” — a teenager bestowed with unprecedented amounts of power from the Star God. As a disciple, you’re tasked with saving the world of Aterra by pairing up with one of the game’s seven heroines and clearing out infestations of monsters.

Of course, to do that, you’ll need your army of Star Children — magical beings that fight for you in battle. You make these Star Children through a magical ritual with the heroines, and you can bring up to nine Star Children with you into battle. There’s 30 classes of Star Children to choose from, and the stats of the heroine, the heroine’s mood (You gotta be nice to them!), and other rare items affect what classes are available to you, so spend your time wisely.

Oh — and be sure to turn on your ad-hoc networks; you can actually classmate with another player’s heroines or even the other players themselves in a process called “classmanting” (Yeah, that’s a thing). 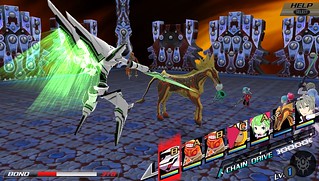 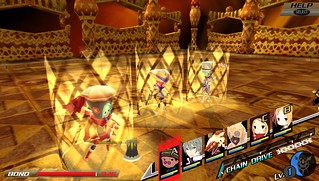 And even if you’re planning to get the game, you should start with the demo first. Your progress transfers over to the full version of the game, and you’ll receive a starting gift of some strong in-game items.

Conception II is around 40-60 hours to complete the main story and side quests (depending on how grind-heavy you get), so make sure you charge your Vita often!