There Came an Echo: Voice-controlled Strategy on PS4 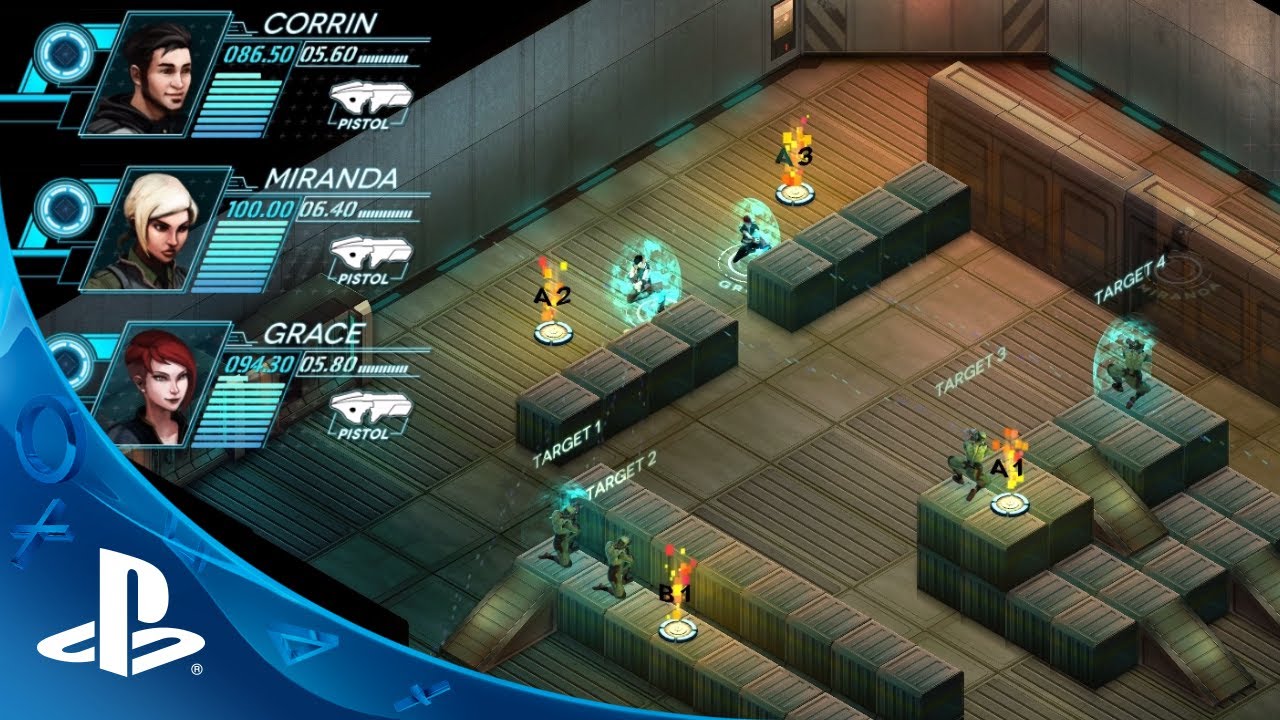 Hey, PlayStation fans! Quick backstory: we were making this game, and market research showed us that people who own PS4s like games. After extensive trend analysis and writing numbers down on paper in the hopes of making it look like we knew basic mathematics, we made the executive decision to bring our title, There Came an Echo, over to the Sony side of town. There’s a trailer above, which you should probably watch, but if you didn’t, it’s okay, we’re cool.

There Came an Echo is, if you’ll pardon the torrent of hyphens, a voice-controlled squad-based real-time strategy game. You don’t play directly as the soldiers in the field, but rather as the tactical commander, issuing strategic orders via headset. Ever felt annoyed when someone in your earpiece told you what to do in a blockbuster, AAA first-person shooter? Well, now, you’re the someone in the earpiece. Some direct influences on the game include X-COM: Enemy Unknown and Tom Clancy’s EndWar.

A lot of you might feel a little antsy about voice recognition. And we understand! But we’d encourage you to turn on your Playstation 4 and give the basic OS voice commands a shot. (It was, in fact, this very process that initially convinced us to reach out to Sony!) But There Came an Echo goes a little farther with something we call “command aliasing”. Don’t like the default commands, like “fire” or “shields up”? You can enter in your own custom word or phrase for every existing unit and command in the game. Want to talk to your units using nothing but quotes from Zoolander? Done. And, for those who still aren’t sold (or just have a sleeping roommate), you can fully control the game with your standard DualShock 4, no problem.

There Came an Echo also has a heavy narrative focus. Your soldiers aren’t generic military types, but individuals, unaccustomed to combat, thrown into an unimaginable conflict over a technology very certain to change the world. You not only talk to them, but they to you; character development and motivation is a major focus for us. And, to that end, we’ve assembled a cast fit for Hollywood: Wil Wheaton and Ashly Burch headline, with industry veterans Yuri Lowenthal, Laura Bailey, Karen Strassman, Rachel Robinson, and Cindy Robinson rounding out the fantastic ensemble. We couldn’t be more excited to work with this incredible pool of talent. Well, maybe we could be, if they promise to bring Oreos to the recording sessions later this year. (Wil, I know you’re reading this. Seriously. Bring them.)

Our release date is still a little up in the air, but rest assured we’re working closely with Sony to finish our game and get it up onto the PlayStation Store as soon as possible. We hope you’re looking forward to the game!

You’ve all probably got a bunch of questions, comments, and hilarious jokes, so post ‘em in the comments below! We’ll be around, responding and judging your comedic abilities.