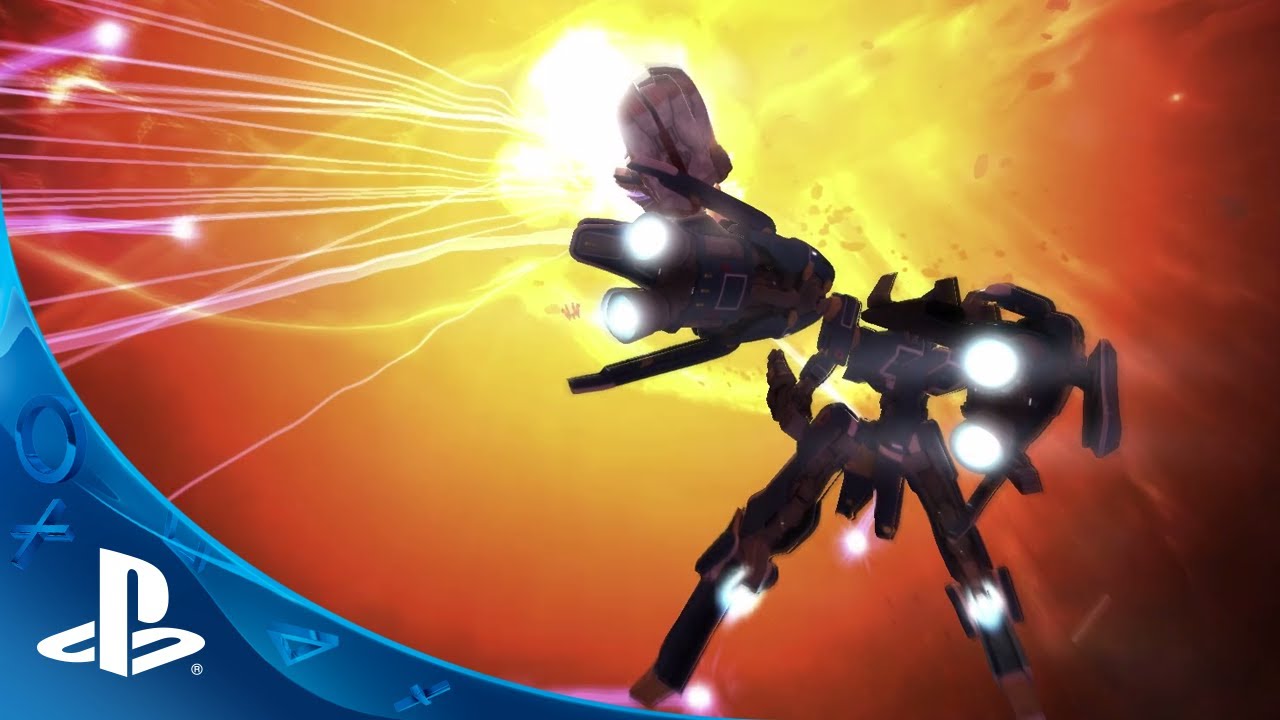 Strike Suit Zero: Director’s Cut is out today on PS4. Space combat has returned to consoles for the first time in what feels like millennia.

Strike Suit Zero was born out of a passion for space combat and the sad realisation that the genre was severely under-represented. As game developers, we had the opportunity to rectify that. The Born Ready Games team grew up on a steady diet of Wing Commander, X-Wing vs. TIE Fighter, Freelancer, Freespace — all the classics from the 90’s heyday. We wanted to create a space dogfighter in the same vein, but with an updated look and feel that would make it relevant to today’s audience.

The first thing we did was introduce a mech to the heart of the game. The Strike Suit — a fighter that can transform into a devastating suit of space armor at the touch of a button — eliminates issues with older games we refer to as “jousting” and “circle chasing.” The Strike Suit is quick and agile, allowing the player to turn 180 degrees quickly and take out any enemies that have got behind them. As a result, Strike Suit Zero has a much quicker pace than older space combat games.

The Strike Suit itself was designed by Junji Okubo, the mechanical designer behind Appleseed, Steel Battalion, and Infinite Space, among others. We combined Junji’s designs with an original soundtrack from Paul Ruskay (Homeworld), who collaborated with Japanese singer-songwriter Kokia on a number of tracks. As such, there’s an interesting blend of East-meets-West across all facets of the game’s design.

As developers, it’s not often you get the chance to revisit your game; to spruce up the visuals, add anything time didn’t permit the first time around, and to make improvements based on community feedback. The resulting game — the Director’s Cut — is the definitive Strike Suit Zero experience. The campaign’s been restructured, meaning the player gets into the Strike Suit — and thus the meat of the action — much quicker. We’ve added a load of new VO, expanding the story and — crucially — updated the look of the game.

It’s not often an artist gets a second chance at doing the art for the same game. Luckily for the artist team here at Born Ready, that’s exactly what we’ve had the opportunity to do. One of the first teams in recent times to take on the challenge of producing a modern space combat game, we had very few direct references to draw from when we made Strike Suit Zero. This resulted in us cutting some corners that, as a small indie developer, we simply didn’t have time to fix for the original release.

Strike Suit Zero: Director’s Cut has given us the opportunity to directly apply the lessons we learned the first time around and revisit so many of the things we had wanted to before. With over a gigabyte of extra texture memory unlocked for us to use on the PS4 version, we immediately ditched the tiling texture technique we had to use in the original.

We set about diligently rebuilding assets from the original game at an incredible pace and with a dramatic increase in quality. Great leaps were made in our approach, particularly to texturing, both technically and stylistically. Many of the ships in game are now truer to the original designs by Junji Okubo and they all have a much more coherent and convincing look.

When our time had run out, the team had exceeded our targets and replaced almost every asset in the game; the difference is clear.

Strike Suit Zero: Director’s Cut is available on PlayStation Store today for $19.99. To address a couple of questions I anticipate being asked: the PS4 version of the game takes advantage of DualShock 4’s speaker for radio-chatter, and the touch pad for targeting. You can also remote play the game using your PS Vita. Lovely.

Other questions? Hit up the comments section below and I’ll do my best to answer. Alternatively, find us on Twitter at @StrikeSuitZero and @BornReadyGames. Thanks for reading, and from everybody at Born Ready Games: we hope you enjoy the game.