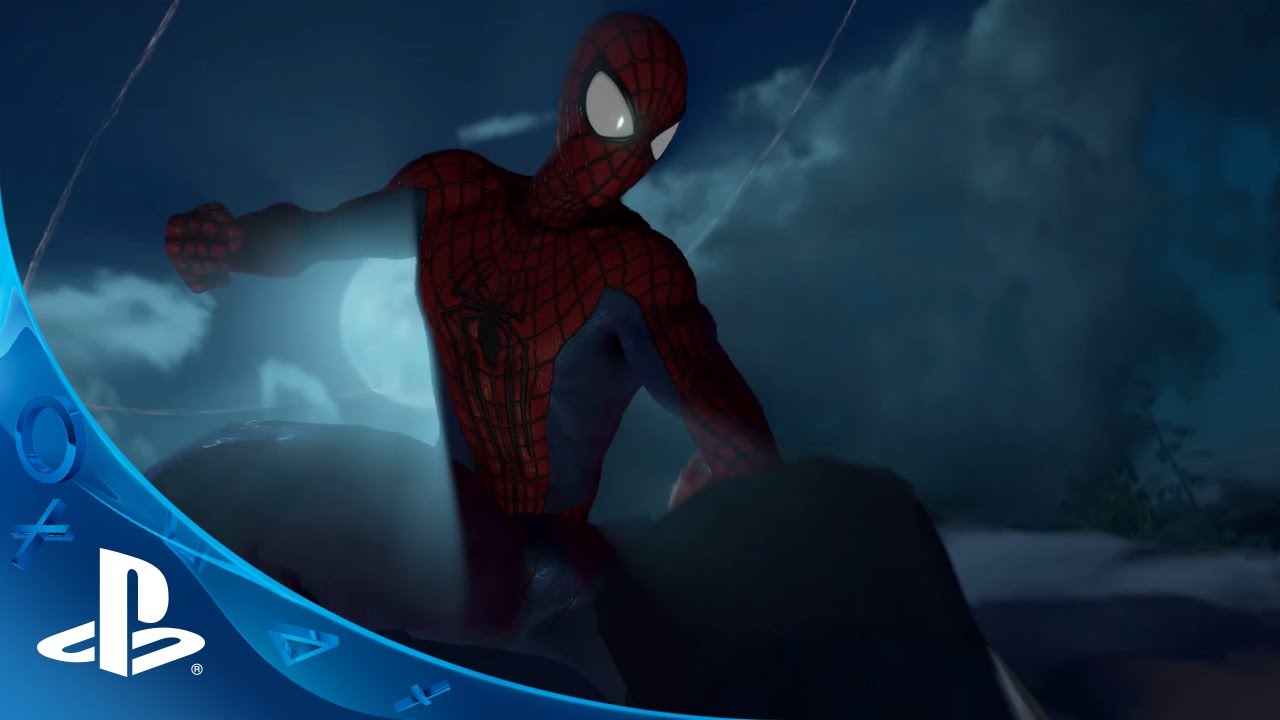 Since taking over as stewards of the Spider-Man console gaming franchise, we’ve seized the opportunity to explore new territory with each game release. The Amazing Spider-Man 2 on PS3 and PS4 created a great opportunity to build and improve on something rather than starting from a blank slate. The gameplay walkthrough we’ve prepared for you today shows off some of the ways we’ve gone about doing that, but I’d also like to briefly flesh out some of those details with a little more context.

The new mechanics of web-swinging are more than just a visual tick, and that’s why we often start off pointing them out. Controlling separate sides of Spider-Man with separate sides of your brain has a great psychological effect, and it really immerses you even deeper into your character, particularly when you have to decide to use the right or left trigger based on the physical location of buildings as you swing through the city.

Your cell phone is more than just a glorified menu and map — it’s also how you gauge your progress as New York’s guardian arachnid. The new “Hero or Menace” system is a way for us to personalize the act of safeguarding everyday citizens’ lives, by adding real consequences for Spider-Man and the city as a whole based on your actions (and inactions). We really want you to feel like you’re the hero behind the mask, and that means giving you all the challenges and choices that ol’ Webhead has to deal with moment-to-moment.

And that also means letting you take off that mask to experience a slice of life from Peter Parker’s perspective by investigating multifaceted characters, as well as letting you go home to visit Aunt May and take care of personal business. The sight of Peter’s wardrobe is a cool one, and we’re excited for players to get their hands on the range of suits we’ve included in the game. As with the shift in web-swinging, these costume choices offer far more than just a cosmetic effect.

You’ll notice the combat scenario we show off in the video takes place in an open, outdoor environment. We’ve got this great wide world to play with in Manhattan, and we thought it would be a shame to just restrict you to a series of linear corridors. That’s not fun for you or for us. So indoors and out, The Amazing Spider-Man 2 tries to give you legroom, with enough space to explore and experiment.

As you can see in the combat section of the walkthrough, you can go wherever you want in this area, which really frees you up to do whatever you want, too, from stealth prowess to up-close-and-personal combat, and we’ve expanded Spidey’s skill set to reflect that.

It’s the same city as before, but it’s definitely a different world, and we can’t wait for you to discover all the other reasons why when The Amazing Spider-Man 2 arrives on April 29th.