First Look: Behind the Terror of Alien: Isolation 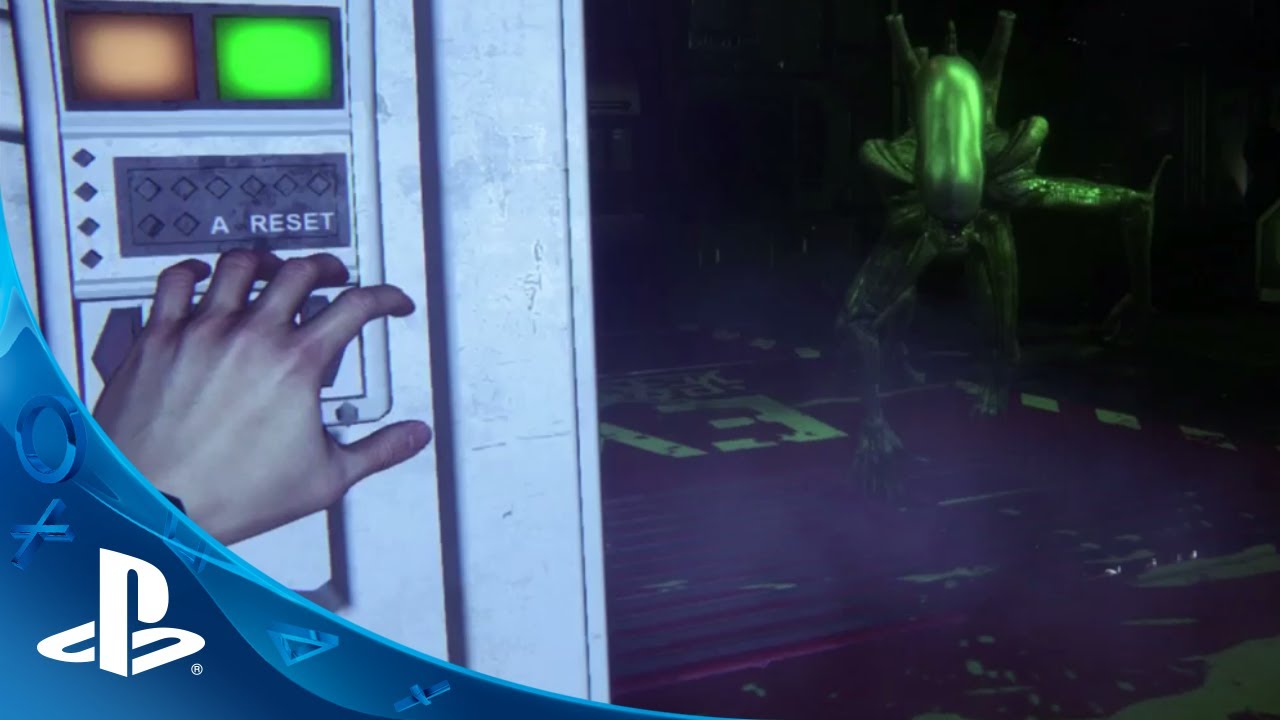 Alone, unprepared, and unarmed, Amanda Ripley is forced to match wits with death itself in Alien: Isolation. The Creative Assembly’s deeply immersive and fanatically detailed survival-horror game returns to the roots of the Alien film franchise — no pulse rifles or space marines here, just you, your wits, and the galaxy’s most feared predator.

Watch our new video interview, read our Q&A with Alistair, and leave your questions in the comments!

PlayStation.Blog: So far, Isolation’s concept seems to be an intimate one, with Amanda Ripley squaring off against a single Alien. What gave you the inspiration to take the “back to basics” approach?

Alistair Hope: From the start we wanted to make a game that took the player back to the roots of the series — back to Ridley Scott’s haunted house in space. To take the values of the original film but tell a new story, featuring a new underpowered and underprepared character facing overwhelming odds. To us it felt like an amazing opportunity to make a definitive survival horror game based on the original survival horror.

Our key influence was the original film, but I think it would be fair to say that we’re all big survival horror fans, so our reference points are various and many. From Sega’s own Condemned with its shockingly brutal combat, to older games like the Clock Tower series with its totally underpowered main character forced to hide from the stalking horror.

PlayStation.Blog: The details about Amanda Ripley and the art direction appear to be faithful to the spirit of the early films. Have you had any discussion with FOX about whether Isolation will be considered a canon entry in the series?

Alistair Hope: We really wanted to place our story as close as possible to the events of the original film. We realized that in Ellen Ripley’s daughter, Amanda, we had a character who was closely tied to the first film, but whose story had yet to be discovered. We asked ourselves: “When the Nostromo went missing, who would care enough to keep searching for answers?” This led us back to Amanda; she would care.

FOX has been extremely supportive from the moment we pitched the idea of the game to them. We’ve received a huge amount of production design archives from the original film which has provided an enormous wealth of additional material from which to draw upon. This is very much a game inspired by the first film.

PSB: How are you approaching the control scheme? What is the team’s philosophy about inventory screens and HUD?

AH: Immersion is a critical component of Alien: Isolation, and that extends to the user interface, too. We’ve been very influenced by the ’70s view of the future. Alien, although set in the far future, is very much baked in the past. So early on we set ourselves the constraint that we would only use reference materials from before 1979. That means the in-world technology in the game is this great lo-fi / sci-fi, push-button tech that’s clunky, glitchy and imperfect.

We also adopted some of the technology of the era. Filming game content onto VHS tapes, before playing it back on old standard definition CRT televisions and capturing the result. We then take this new 70s recording of the content and put it back into the game giving us a really unique and authentic look and feel to the user interface.

PSB: How is development progressing on PS4? What advantages will players notice? Additionally, are you exploring any of DualShock 4’s features, such as the light bar, motion sensor, or touchpad?

AH: Development on PS4 has been great, and we have some cool PS4 features we’ll be sharing later in the year. One feature we have already shown is how Isolation takes advantage of DualShock 4’s light bar to mirror the signal on the motion tracker — it flashes in-sync with the motion tracker’s ping, increasing in frequency as the Alien approaches. It’s especially effective when you’re playing in the dark.

Another feature I’m really looking forward to is players taking advantage of the built-in livestreaming. As players respond differently to each encounter with the Alien, it will be really fun to watch people’s livestreams — it’ll be like watching an endless horror movie!

PSB: What about A.I.? This is a deadly creature, not a generic soldier or guard. What behaviors and adaptations does the Alien display?

AH: From the outset we wanted to reestablish the Alien as a meaningful opponent. To restore the Alien as the ultimate killer — lethal, unpredictable, and believable. We wanted the player to experience what it would be like to encounter Ridley Scott’s original Alien. Physically huge and imposing, intelligent, and merciless. A creature that dominated the screen and commanded the player’s respect, and one that lived on in the player’s subconscious when it wasn’t on the screen.

Our Alien is dynamic and reactive — it doesn’t run under pre-prescribed paths or scripts. Instead, it uses its senses to hunt the player down. It reacts to the player’s actions and movements. For example: the player can sprint. This obviously allows the player to move through the world faster, but running also generates a lot of noise and that will attract the Alien to the player’s presence.

Likewise, the space station the game takes place on is damaged and broken in places, leaving areas in darkness. The player obtains a flashlight to illuminate the world but again, this also acts as a beacon to the Alien, giving away their position. The player must weigh up the risks of every action and be prepared to react and change plans in an instant.

Alongside being dynamic, the Alien also adjusts its behavior based on the player’s choices. As the player develops certain abilities through the game, so too will the Alien change its tactics in response. For example, the more you use an item or device, the less effective it will be as the Alien adapts its behavior.

To deliver this new Alien experience, we’ve had to build new tech from the ground up across multiple disciplines. It’s been a creative as well as technological effort; from modelling to animation, code and audio all working together to deliver a believable and dynamic creature. Mixing in real-time multiple layers of animation, behavior and audio. The Alien is the star of the show and the game has been built around it.

PSB: It sounds like we’re dealing with just one Alien, but will Isolation make any additions or tweaks to the creature’s lifecycle or biology?

AH: We really wanted to make a game with an Alien that felt like the original. This isn’t any old space bug or insect, this is THE Alien, and from the start we talked internally about our goal to “re-Alien the Alien” — a huge creature that looked down on the player. One that didn’t run around below the player’s waist like an angry dog. We wanted an Alien that recaptured a sense of mystery and the unknown.

PSB: With the success of Demon’s Souls and Dark Souls, we’re seeing a resurgence in more difficult, demanding games that do less handholding. Where do you see Alien: Isolation fitting into this landscape?

Alistair Hope: Alien: Isolation provides a number of different approaches to surviving, but I think it’s fair to say that the Alien is quite uncompromising. It is death, and if you don’t give it the respect it demands, you will not survive. It’s been fascinating watching people play the game and their response afterwards. Because the Alien is dynamic and reactive, every playthrough is different. Everyone’s experience is slightly different as they’ve taken different approaches to trying to survive. The player has a very personal and direct relationship with their opponent as it hunts them.

PSB: What’s your approach to the musical score? Will you be using arrangements from any of the films, or will the soundtrack be original?

AH: Sound is a huge component of any horror experience and that’s no less the case for Alien: Isolation. From the signature sounds of the Alien itself to the distinct, tactile, tangible sounding push-button world. And Jerry Goldsmith’s incredible score. From the outset we felt we had to license music as it’s such a fundamental signature part of the experience. It’s part of the fabric.

For the music, we deconstructed the original score in order to create new pieces containing fragments and signature motifs of the Jerry Goldsmith score, whilst being themselves new compositions supporting this new experience. We then take this and dynamically adjust the compositions and effectively remix them in real-time to support the events and actions on the screen.

PSB: Finally, which Alien movie is your personal favorite, and why?

Alien is 35 years old this year, and I believe that you can watch it today and still get an emotional reaction from it. Even though it’s an actor in a rubber suit and we, as an audience, are almost immune to high-end computer graphics in today’s films. Today it remains in top 50 lists, which is an incredible achievement and testament to the creativity, imagination, and art that went into this classic.