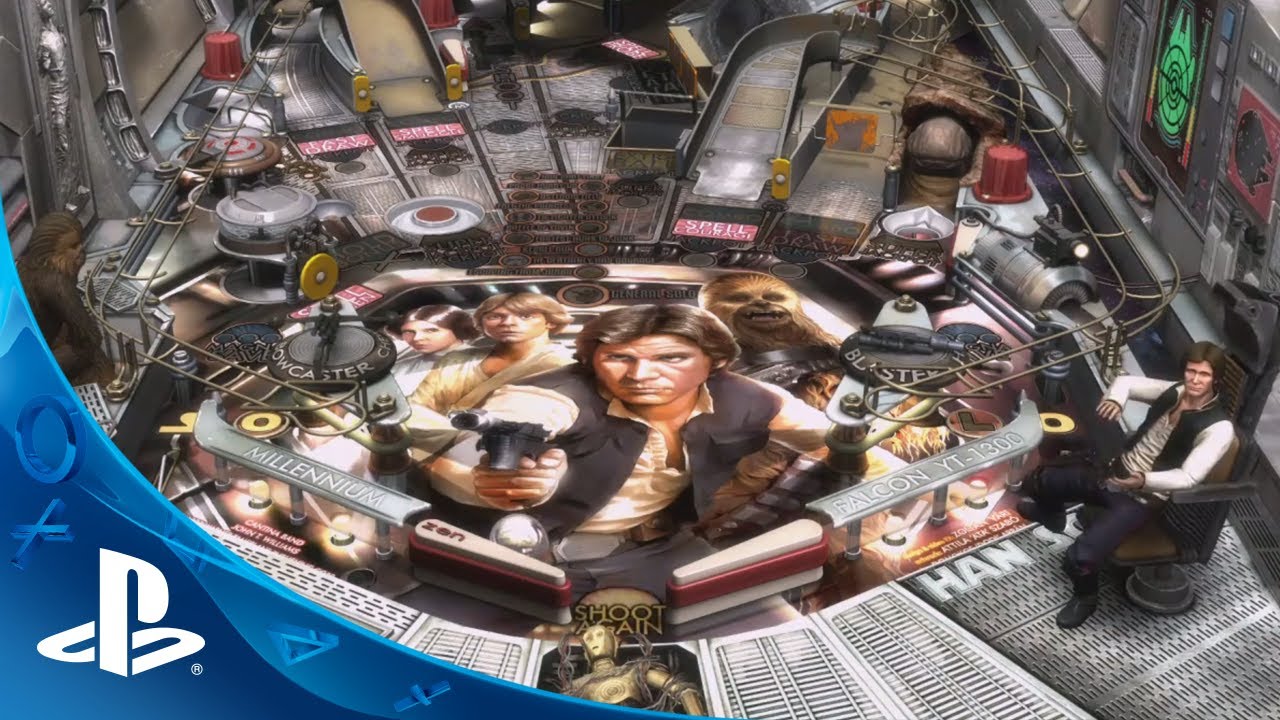 “Hokey religions and ancient weapons are no match for a good pinball blaster at your side, kid”

Today we are sharing a few details about the table dedicated to Han Solo, packed with his most memorable lines and gadgets — and of course his fuzzball sidekick, Chewbacca.

You can’t get away from Han Solo’s most memorable one-liners in this table; we’ve managed to include just about every one of them. From barking orders at Chewbacca to fix the hyperdrive malfunction, to leading the mission to destroy the Death Star, all of your favorite Han Solo moments are played out as you set your sights on the highest score in the Universe.

Of course, the big question on your mind is “Why are there four tables in this pack, when there were just three in previous packs?” That’s a good question! We promised everyone 10 tables, and so far we have done six, which left four to go – and we thought it would be easier to just release all four at the same time. Does that math make sense?

The next question is probably about price: Are we going to charge you all extra money for this four-pack? NOPE. This pack will be the same price as previous packs! Pretty stellar, right?

Stay tuned for trailers and details on the rest of the Heroes Within tables!