Behind the Supernatural Scenes of Murdered: Soul Suspect on PS4, PS3 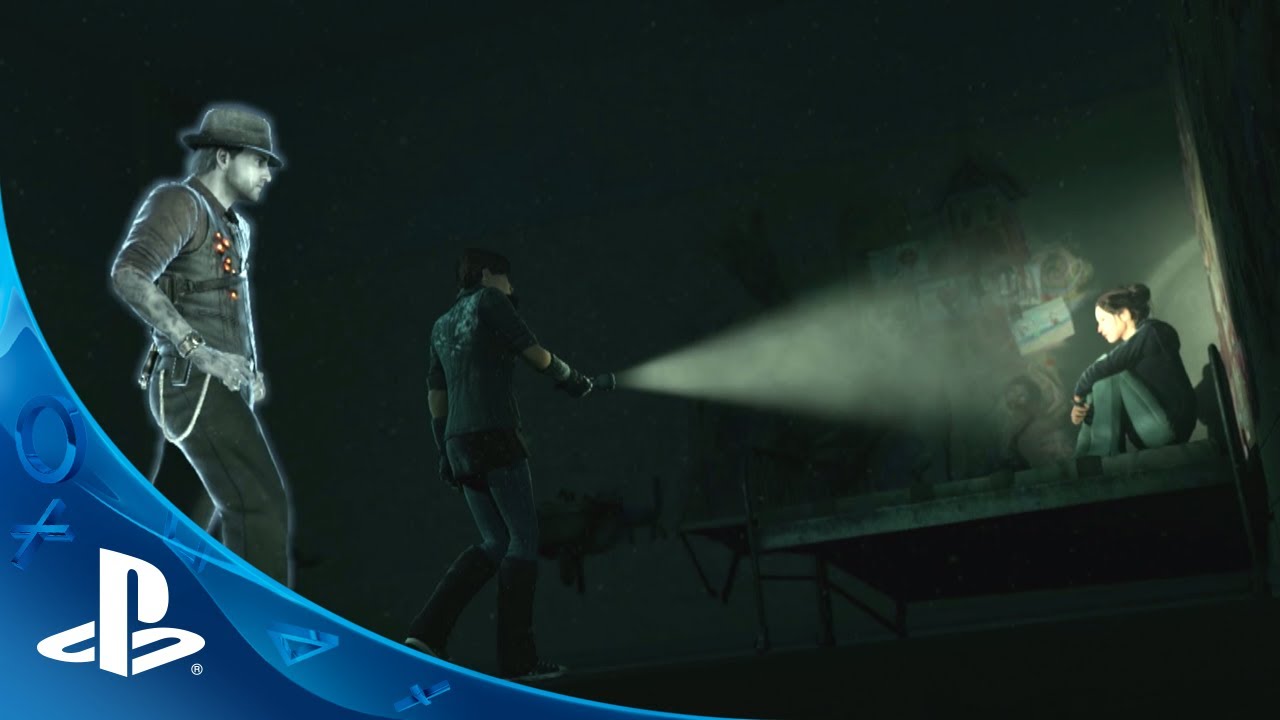 In a storm of broken glass and gunshots, Ronan O’Connor dies in the dark Salem night. So begins a supernatural investigation into his own murder. In the upcoming thriller for PS3 and PS4, help Ronan unravel the mystery of his untimely demise and save his ghost from the inevitable corruption of the Dusk.

In light of the upcoming launch of Murdered: Soul Suspect, we asked Airtight Games Chief Creative Officer Matt Brunner and Senior Design Producer Eric Studer some questions about their design process. Read on to see what inspired this ghostly thriller, and how the team fashioned a story around your own murder.

PlayStation.Blog: How did the team at Airtight Games come to the idea of a supernatural crime story? How does the detective narrative and the ghostly elements fit together?

Matt Brunner: From my recollection, we started with the core concept of a ghost game. It was that notion that got the team most excited. Our first round of gameplay and character development led us more into a ghost action hero with ranged weapons and the ability to traverse great heights. After our first prototype we all knew that it was the wrong direction. It didn’t really feel ghostly as much as it felt like a transparent, floaty noir superhero who could fight with something that almost looked like magic.

We stepped back and started to think about what would be the most interesting obsession for a ghost and one of the key elements was the notion of your own death; how it happened, what were the specific circumstances, etc. We then thought it would be really interesting if you were murdered and you wanted to dig into who did it and why.

That was quickly followed by the idea of a detective who was killed in the line of duty under mysterious circumstances and was bringing all his powers of observation and deduction into the afterlife. He had the smarts, he just needed to learn a new set of investigation abilities. A ghost detective was born.

I personally read a number of books after we came upon this thread that involved ghosts interacting with the living such as Neil Gaiman’s The Graveyard Book. These helped hone in on what felt true for a character in these circumstances, rather than what felt cool. In terms of film, I think the film that spoke the most to us was Seven. It had a mystery that unraveled over time while keeping the protagonist in the dark until the final moments. It also had a mood and tone that we felt was right on for Murdered.

PlayStation.Blog: How have the developers at Airtight responded to working with the PS4?

Eric Studer: Without a doubt the power of the platform has allowed us to realize the world of Murdered with an incredible amount of detail. So you’ll see a lot of technical upgrades that will make Salem and the Dusk an absolutely interesting place to explore.

We do have a few DualShock 4 features that we’ve implemented for the game, for instance utilizing the light bar for a few of the different game modes, but at this point we wanted to focus on making sure that the experience of the game translated perfectly to the new hardware.

PlayStation.Blog: Murdered: Soul Suspect balances crime scene investigation, exploration, and supernatural combat together. How did the team strike a balance between these three methods of play?

Eric Studer: We have three core pillars in the game. The main focus for us is the aspect of investigating the mystery surrounding your death. Second to that is the desire to exist as a ghost, and to play around with how you interact with the world. Then supporting the first two, enemy encounters come into play.

The reason we’ve prioritized the pillars in this way is that our world is driven by the narrative. Our investigations are built around the concept of the player unraveling the mystery at the same time as Ronan. Players will experience all of the twists and turns in the story with Ronan.

Being a ghost in a lot of ways is a wrapper for the whole experience, because it touches on all of our mechanics, not only in exploring the world, but also in creating unique ways to uncover the truth about various crime scenes and overcoming the threat of the enemies.

Enemies are crucial for us because they provide a much needed pacing breaker. What we found is that if players spent all of their time doing investigations, they would get fatigued. By mixing enemy encounters into the pacing, it gave us the opportunity to change the core emotion players feel. Investigations should illicit a lot of intrigue and curiosity from players, but the encounters should focus more on threat and tension. Creating this emotional rollercoaster alleviates fatigue and keeps the player invested in what will happen next.

PlayStation.Blog: How can players interact with a crime scene in ways that a normal detective cannot? What sort of opportunities does possession offer the player, and the design team?

Eric Studer: One of the exciting and challenging things about investigations as a ghost is the fact that you can’t simply walk up and interview a witness at the scene, or pick up evidence and examine it directly. What initially feels like a limitation is actually really freeing because it forces you to approach how you design an investigation from a different direction.

The advantages come from Ronan’s abilities as a ghost. First and foremost is his ability to possess human beings. This is an incredibly versatile feature in that it allows us to see through the eyes of the people Ronan possesses, listen to hushed conversations through their ears, read their minds, and in a limited capacity control their behavior and thoughts.

In addition to that ability, we have a variety of mechanics that revolve around how you interpret, analyze, and evaluate the clues that you discover over the course of the game. And in a limited capacity, you can get psychic readings off particularly strong objects that have been trapped in the Dusk.

PlayStation.Blog: How are players frightened in Murdered: Soul Suspect when Ronan is already dead? What sort of dangers do players face?

Eric Studer: The demons are without a doubt the greatest threat to spirits trapped in the Dusk for two main reasons. Fictionally, when a ghost has been in the Dusk long enough, they become corrupted by it, and turn into one of these things. The last vestige that remains of their humanity is this belief that by devouring the souls of other ghosts, they can reclaim their own humanity.

This is important for Ronan, because it reinforces the notion that he doesn’t want to stay in this realm. He needs to resolve his unfinished business so he can move on. From a gameplay standpoint, it goes back to the notion of controlling the pacing of the game. We want the player to always feel like the game is changing, or could change at any minute, so they never become comfortable with what will happen next.

PlayStation.Blog: Will players have the opportunity to return to previous crime scenes for missed clues? Will there be any modes of play or unlocks to encourage players to complete Soul Suspect multiple times?

Eric Studer: Once you have resolved the story in a particular area, you’ll be able to revisit that space and keep exploring. Hopefully this will give players plenty of reason to spend time lost in the world.

PlayStation.Blog: What challenges does the team face in designing environments that can, technically, be walked through uninhibited? Does this help or hinder Airtight’s ability to create interesting and varied play spaces?

Eric Studer: There’s a huge challenge of course, because you don’t know how important doors are until you can’t count on them to block players’ progress. It’s a great design challenge, though, because it gives you the opportunity to go places you wouldn’t otherwise see in a video game.

Every space we build for Murdered first and foremost has to support the story our Creative Director Shiokawa-san wants to tell. Once we know where we’re going and why we’re there, then it comes down to us to visualize the space, know where we need the player to go, and where he really shouldn’t be going. Keep in mind that other objects that exist in the Dusk are on Ronan’s same plane of reality. This means that they’re physical to him, which in a limited capacity lets us control player flow.

However, we want to avoid a heavy-handed approach here, so in general we try very hard to use these objects sparingly. Ultimately, our hope is that players will feel empowered to explore every nook and cranny of the world and discover everything we’ve hidden around Salem.