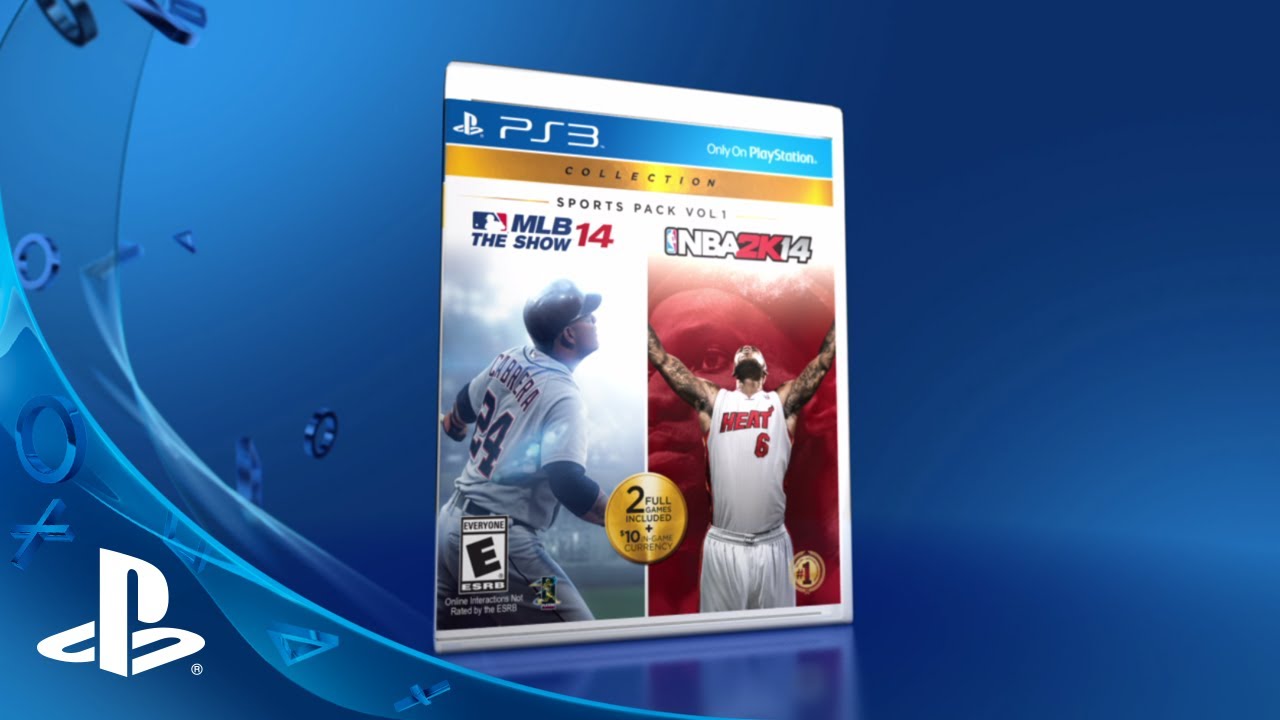 With Opening Day nearly upon us and the NBA Playoffs not too far behind, we’re excited to announce MLB 14 The Show and NBA 2K14 will be available together in PlayStation Sports Pack Vol. 1, launching exclusively for PS3 on April 1st for $89.99. These two titles represent the highest rated Baseball and Basketball franchises in the market over the last several years, and together are the spring’s must-have product for sports gamers.

NBA 2K14
Following more than 38 Sports Game of the Year and “Best Of” mentions for 2K13, 2K14 rules the virtual hardwood once again. This year, 2K joins forces with the league’s most dominant force: LeBron James. With a soundtrack hand-picked by the King, refined controls featuring the new Pro Stick, the return of Crews, new Signature Skills, enhanced defense including blocked dunks, and more, NBA 2K14 raises the bar yet again. Below are just a few of the numerous new enhancements in NBA 2K14