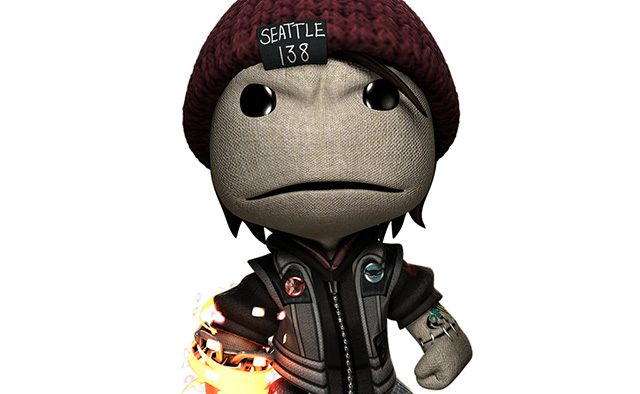 A brand new costume for Sackboy to celebrate the release of inFAMOUS: Second Son this week.

The inFAMOUS: Second Son Costume will be available for purchase when the PlayStation Store updates later this week and as an added bonus, try wearing this costume and setting Sackboy’s emotion to angry to unleash his hidden power for your friends to see!

balanSquare challenges you to match coloured blocks together in groups of four-of-a-kind with the added twist that you need to keep the game board evenly balanced throughout. As you level up and the game speed increases, this becomes much more challenging than you would think! Check it out!

You can check out this amazing level and a whole range of exciting new community levels today by heading over to the LittleBigPlanet 2: Team Picks and queuing them up to play!

You couldn’t find a more classic adventure than searching the seven seas for sunken treasure! Before you can do that though, you’re going to have to get through a treacherous port in NXS: Legends of the Deep. Good luck, treasure hunters!

NXS: Legends of the Deep by Nitro-Arts7472

You can have this amazing level by heading over to LBP.me Vita and queuing up the new LittleBigPlanet PS Vita: Team Picks!

We always love to see exciting new LittleBigPlanet levels, so if you have any great levels to share with the community or some stunning videos that show off your favourite levels and creations, then be sure to tweet them to us @LittleBigPlanet

Come and Visit Us!