TowerFall Ascension on PS4: Behind the Arena 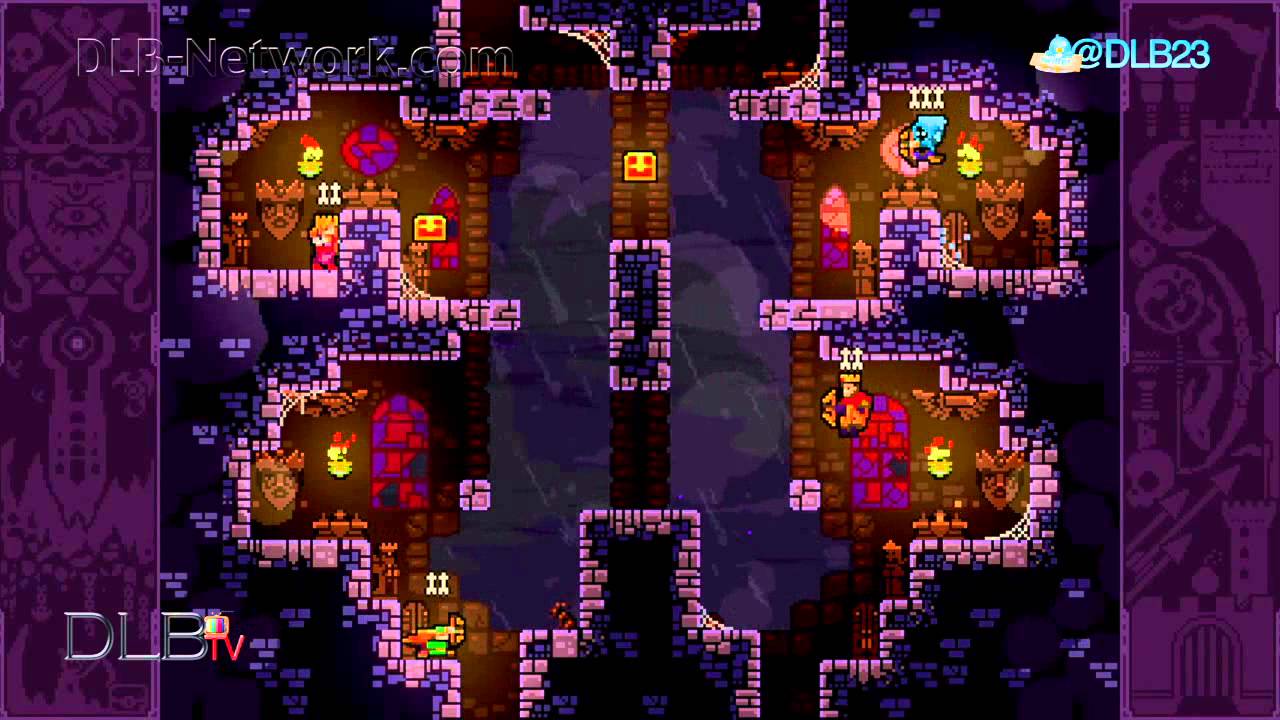 TowerFall Ascension launched on PS4 earlier this week, introducing PlayStation gamers to an addictive, challenging, and delightfully pure arena game. With an electric, competitive design and an all new, co-op Quest mode, TowerFall Ascension is a great reminder of why local multiplayer is so much fun.

I touched base with TowerFall creator Matt Thorson to hear more about what inspired TowerFall, how it feels on PS4, and what it was like working as a small indie developer. My thanks to Matt for spending time on PlayStation.Blog!

PlayStation.Blog: What inspired your original vision of TowerFall? Did you always have a competitive element in mind since the game’s conception?

Matt Thorson: I tried a lot of things with TowerFall early on, with a focus on single-player gameplay. But the competitive modes just clicked, and it was obvious I had to follow the game in that direction. I realized, once I started designing the versus gameplay, that I had been thinking about local multiplayer for years. I was happy to finally have an outlet for those ideas.

PlayStation.Blog: What’s it like working as a small indie team?

Matt Thorson: Leading a team and being the backbone of the project was stressful. It’s a heavy weight knowing the whole project can stall if I lose motivation or get stuck on a problem. But it was also incredibly rewarding and just a lot of fun to see the game take shape. It helps that everyone on the TowerFall team is brilliant, capable, and a joy to work with.

PlayStation.Blog: How did you come to the decision to launch TowerFall Ascension on PS4?

Matt Thorson: The game did really well on Ouya and it felt like it was time to expand to a larger audience. We continued working on it because there was a lot of stuff we still wanted to add, and PlayStation was super proactive in helping me figure out how to bring the game to PS4. It felt like the natural next step for TowerFall.

PlayStation.Blog: Why do you think competitive, local multiplayer works so well in TowerFall — and in games as a whole?

Matt Thorson: Local multiplayer is just a great way to bring people together. These games can allow players to express themselves socially through play, and get to know each other by interacting in the game. And those interactions can bleed into the real world. It’s really simple, but so powerful.

Being local rather than online makes those interactions even more personal — these are actual people sitting right next to you, not a vague representation of a person somewhere else in the world. The energy in the room is a big part of TowerFall.

PlayStation.Blog: How did you settle on the retro sprite style of TowerFall Ascension?

Matt Thorson: The retro style started as a constraint for me, so that I could draw all the graphics myself. When Pedro took over for pixel art, we kept the low resolution and what he did with it is just perfect for the game. I love how he made it so dark and gothic — my original art was a lot less moody.

I love pixel art as an aesthetic. It would be nice to see people appreciate it as more than just a nostalgic artifact of previous generations. It definitely ages better than most 3D styles.

PlayStation.Blog: Tell us about the new quest mode in TowerFall Ascension! How challenging was it to implement this addition?

Matt Thorson: Making Quest mode was scary because I had already tried four or five different variations on single-player modes and failed. But I gained a lot of understanding of what makes TowerFall fun by working with the versus mode, and that knowledge helped us make something I’m really proud of. I think it stands on its own as an interesting part of the game. Quest mode lets you see the same mechanics from versus mode in a new light.

PlayStation.Blog: What new power-ups have been added in TowerFall Ascension? How do they compare to the original power-ups?

Matt Thorson: There are four new arrows types and one new orb pickup that affects the entire arena in a crazy new way (you’ll know it when you see it). My favorite new arrows are probably the drill arrows that burrow through walls toward players — they completely change the game.

When I created these new power-ups, I had a more complete understanding of how players think while they play TowerFall. So they were designed to shake things up, to encourage players to change their strategies, and surprise each other even more.

PlayStation.Blog: What was it like working with PS4? What sort of advantages does DualShock 4 provide you as a designer and the players you’re designing for?

Matt Thorson: Bringing TowerFall to PS4 went smoothly — Sickhead Games down in Dallas handled the majority of the work. DualShock 4 quickly became my favorite controller to play the game with — the d-pad is perfect for TowerFall.

Once I realized how useful the controller speaker was, we experimented with that a lot, too. It’s a cool way to give feedback to specific players. For example, when you die or run out of arrows, the sounds play through your controller as well as the TV, making it that much more clear what is happening. In a game as fast and chaotic as TowerFall, this feedback helps a lot.

PlayStation.Blog: What’s your favorite local multiplayer game? Did you draw inspiration from it, or try to design in a different direction?

Matt Thorson: Smash Bros. Melee. I’ve played thousands of hours of that game, and studied every aspect of it. TowerFall draws inspiration from a lot of places, but the influence from Melee is most apparent once you know to look for it.

Unlike Smash Bros., I designed TowerFall with the hope that it would develop a hardcore player community, but I wanted to capture the same pick-up-and-play instant fun, the focus on spatial positioning, and dramatic kills.