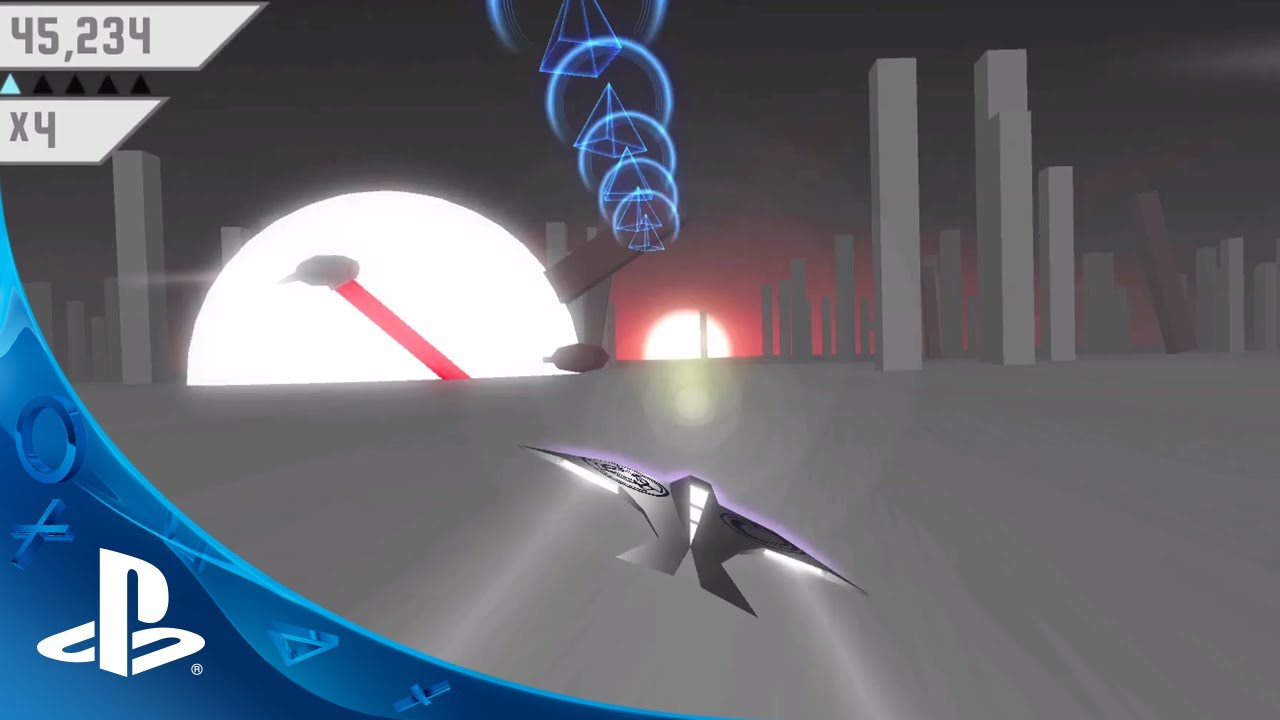 There’s just something about going fast. The desire for speed seems to be ingrained in our very nature. Race the Sun is our attempt to distill that desire into its basic form — to strip away all pretense and let players experience pure, brutal speed. Building a game with this goal in mind took a lot of trial, error, and some new ideas.

When we first played the prototype that would become Race the Sun, we felt like we had something special. Every time one of us would crash, we’d say “Just one more run. I know I can do better.” It felt like we were playing a classic arcade game designed to suck you in.

After quite a bit of discussion and thought, we decided on some specific goals for Race the Sun. It had to be fast, fun, and challenging. We knew that some of the fastest games out there were encumbered by complex rules and controls — and we really wanted our game to be fun right from the start. The mantra “easy to learn, hard to master” was adopted in lieu of design documents, and we got to work.

The first major problem to tackle was control. When it comes down to it, controls of any racer (no matter how complex) usually revolve around making your vehicle turn left and right. We decided that we wanted the turning mechanism to be super simple, and that turned out to be easier said than done.

When simulating the physics of a real object moving in 3D space, there are tons of things to consider. Acceleration, inertia, and drag need to be calculated, and the control algorithms need to act in harmony with those forces. Every little change to one of the variables makes the controls feel totally different.

So you test, you play, you try a different number, you test again, you try a different algorithm, and so on and so forth. The process was time consuming, but ultimately worth it. We didn’t stop tweaking until we felt we had struck the best possible balance: not too tight, not too loose.

After a few months of work, we had a vehicle that felt great to control at crazy speeds, and a really basic world to race through. Aaron (our programmer) had created a procedural system to make the world go on forever, and we had decided on solar power as the source of energy and speed. The heart of the game was there, but once you got good at it there wasn’t much challenge.

We knew what needed to happen. We needed to hand-design more varied and interesting obstacles in the world, but — being a small team — we didn’t know how we were going to pull it off in any reasonable amount of time.

This is when Aaron came up with an idea for generating the world out of a combination of hand-designed and procedural elements. The end result was that we were able to make complex combinations of obstacles in short order. This also meant that we could make the world rearrange itself each day — so you could never quite predict what would be coming.

Making this game has been crazy, interesting, stressful, and fun, but we feel like we’ve accomplished what we set out to do. The simple, arcade-inspired heart is still there, but there are layers of complexity that let skilled players advance and get higher scores. The core experience has remained centered on that feeling of pure, deadly speed.

Our top priority in bringing the game to Playstation is to keep that experience consistent and pure. To that end, we’ve decided to support cross save and make the game a cross buy purchase. Everything is falling into place for Race the Sun, and we’re pumped to launch on PS3, PS4, and PS Vita this Summer.

We can’t wait to share our creation with you, the Playstation community, and hear what you think about our game of unsafe speeds. Feel free to comment or ask us anything below!