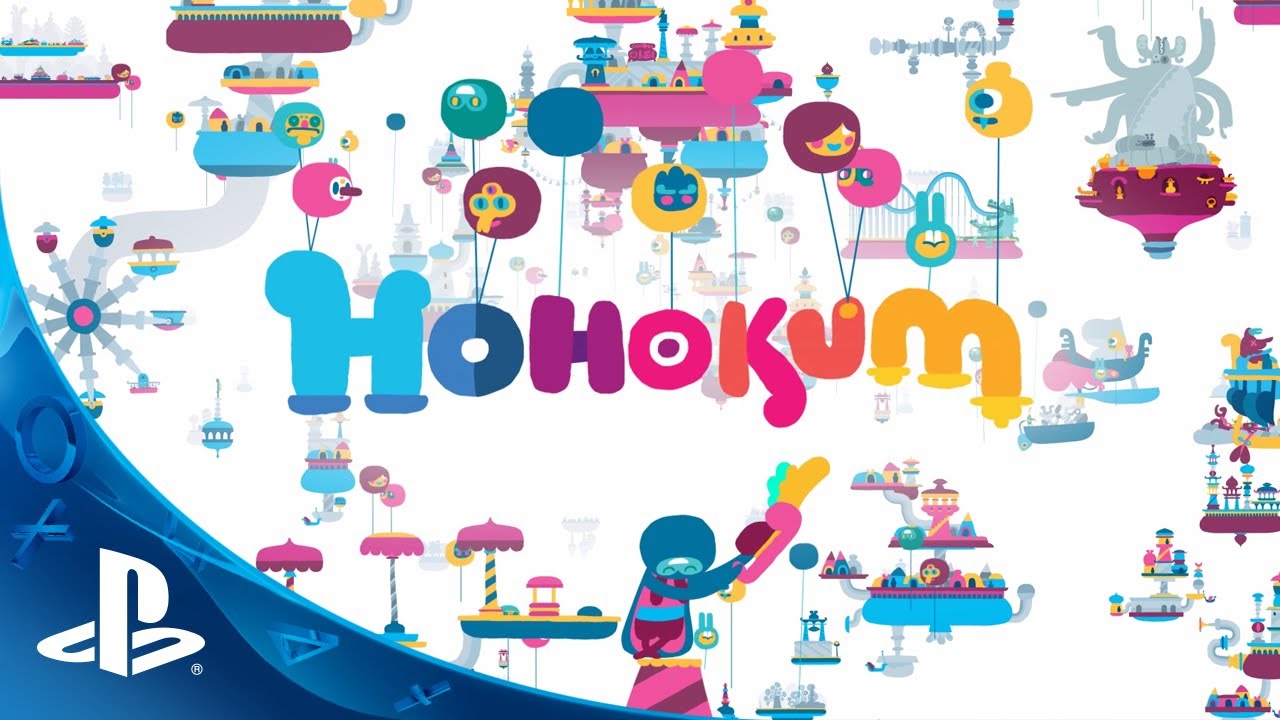 Ricky Haggett Designer & Co-Founder, Honeyslug
Hey folks! We’re back on PlayStation.Blog this week to unveil a new trailer for Fun Fair and chat with two of the musicians from Ghostly International who we’re collaborating with on the Hohokum soundtrack — super exciting stuff!In our last post, Dick talked about some of the history behind Fun Fair, dating back to 2011 when we showed Hohokum for the first time. Now we have a new trailer for Fun Fair, accompanied by a track from Ben Benjamin… Behold the mischief of the Balloon Seller!

Next up, we have Scott Hansen (Tycho) and Ben Benjamin here to talk about their work on the game. Both have composed original music for Hohokum and it’s AMAZING. Tycho’s track ‘L’ – from his new album ‘Awake’ – is the backdrop for Fun Fair in the game and was featured in our announcement trailer, which you can see here. ‘Awake’ is out on March 18th and you can pre-order it here – its soooooo good!

A collaboration between a record label like Ghostly and a game like Hohokum is quite unusual – how did it come about? What made you want to be involved?

Scott Hansen: I met with you, Ricky, and you showed me some early test versions of the levels which used my song L as the music. I was immediately stricken with how well your vision resonated with the sound. It was a very fitting use of the music and I was just honored for the opportunity to have my work associated with such a beautiful work of art.

Ben Benjamin: Contributing music to a video game is something I’ve wanted to do since I was a middle schooler mowing lawns to buy NES games. When I was asked to contribute to Hohokum, I almost had to decline as I was working on my master’s degree and had little time to do anything else. As soon as I saw the beautiful game designs I knew this was too good an opportunity to pass up. I learned how to live with even less sleep.

You met me near the start of the project and we looked at a load of the places at a very early stage: what were your initial impressions?

SH: I was just blown away by how different it was; I’d never seen anything like it. I was very taken with the color spaces and forms, the whole environment felt like a lucid dream.

We used your track in our original trailer, and it’s the music to the Fun Fair, which is probably the most iconic place in Hohokum. One of the most common things people say about it is how much they love the music – have you enjoyed seeing the reaction online?

SH: It’s been nice to see the game come up here and there. I get a lot of people saying they first heard of Tycho through Hohokum or that the game inspired them to explore more of my music. I think there’s something very special about the songs that accompany video games. As a player you develop a very close relationship with the sounds in a game and they can become a bridge between fantasy and reality. Just hearing a song, a voice or a sound from a particular game can sometimes take me back to that space. I think this is particularly relevant with an immersive game like Hohokum where one can easily be drawn into the world it presents.

Your style of music suits Hohokum perfectly – as well as the bespoke track, we’ve used some pieces from past albums in other places: was your composition approach different for the piece you made especially for the game?

SH: I had written the song as I normally would but I revisited it for the purposes of the game. The idea was that the tracks and layers would build as the player explored the different areas of a level so the arrangement had to be approached in a non-linear way.
The pieces you made have a strong audio design sensibility to them – it feels like you’re simultaneously trying to score the mood of the places, but also give a sense of the sounds of them: is this something you do with your own work, or that you’ve tuned into for this project?

BB: The audio design component is an approach I’ve used many times over the years, usually for commercial compositions. Incorporating sounds (some more abstract than others) that might occur in the visual helps me generate music that better cooperates with what appears onscreen.

One of the ways music in certain types of game is unique is that it loops – playing until the player moves on, with no particular beginning or end. How does this affect your work as a composer?

BB: When I would score commercials, it was highly likely to be asked for an edit that required me to change the lengths of various sections to very precise time specifications – and in a way that did not sound jarring. Anticipating these requests slowly changed the way I approached compositions. Almost out of habit, much of what I do accommodates loops and edits quite nicely.

A game developer friend of ours called Niflas has a process where he sometimes composes a piece of music first, and then tries to make a game which fits the music. We didn’t do this for Hohokum, but it’d be an interesting process: do you think you’d be interested in working on videogames in the future – perhaps from the very start of the process (before there’s even anything to look at?)

SH: I certainly want to be more involved in motion graphics of some kind. My goal is to create a short film and score it but I think I could find a similar outlet in working on a game. Video games in general have emerged as a viable art form and the medium provides an incredibly deep platform for expression.

BB: I actually prefer to compose in situations where some kind of limitations are established, whether it be visuals or some other parameter. It reduces the chance of choice paralysis impacting my creative process (one of the main contributors to my releasing very little music overall). Working on games as a composer or programmer is something I’d gladly do in the future.

Thanks guys! The music in Hohokum is a vital part of the experience and we’re so happy to be working with some of our favorite musicians – when we first started working on the game, we had an inspiration playlist with a load of their tracks on it, so it’s beyond cool that we’re working with them. Hope you all love it as much as we do!

That’s it for now. Hohokum will be showing at the PlayStation booth at GDC on both PS4 and Vita, so stop by and check it out if you’re attending the show. We’re in the final stages of development and we’re excited for you all to play it. No street date announcement today (I know, I know) but it’s coming very soon! Promise!