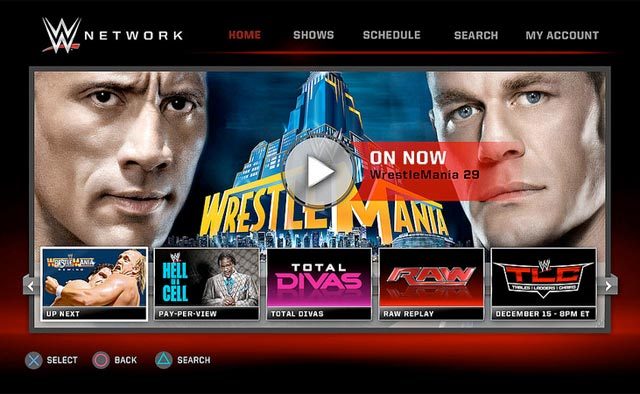 Hey PlayStation Fans: Perkins Miller, EVP Digital Media for WWE, here and I’m very excited to announce that WWE Network, the first-ever, 24/7 streaming network, will be available on PS3 and PS4 starting today! If you didn’t catch our announcement earlier this year, WWE Network will feature all 12 WWE live pay-per-view events – including WrestleMania – for $9.99 per month with a six month commitment.

WWE Network will also include groundbreaking original programming, reality shows, documentaries, classic matches and more than 1,000 hours of video on demand at launch. This is the perfect time to get the app and sign up, especially with WrestleMania 30 right around the corner. You can find WWE Network in the Apps section of the PlayStation Store on both PS3 and PS4 later today and visit wwe.com to learn more.