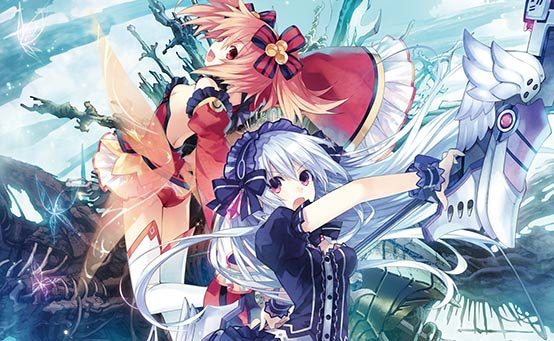 Last night, the small but spunky team at NIS America reminded downtown San Francisco of its dedication to quirky JRPGs and unusual adventures. Sporting matching white and blue “Dood” jerseys, the team presented its lineup for 2014 at a local venue, with a little help from a torrent of teaser trailers. Anime in-jokes, self-referential dialogue, and explosions of color dominated the multimedia showcase, staying true to NISA’s tradition of catering to otaku culture.

The evening began with NIS President Souhei Niikawa — donning a regal Prinny hat — thanking members of the press for their continued support. Niikawa also revealed that NIS is working on a PS4 game that would enjoy a proper announcement at this year’s Tokyo Game Show.

His brief but humble wishes were followed with a host of trailers, each representing one of NISA’s projects for the year.

Click here for a complete image gallery of all the games presented last night.

The rich and engrossing strategy RPG returns to PS Vita. The latest in the long-running, cult-classic series, A Promise Revisited packs tremendous amounts of content into one portable experience.

The PS Vita follow-up features all the downloadable content from the PS3 version, brand new scenarios, new characters, and additional musical tracks (making for more than 100, total). Along with another tier of spells and job techniques, A Promise Revisited looks to be the definitive version of Disgaea 4.

On the heels of the fun and sinister original, NIS America announced Danganronpa 2 would be coming to the states later this year.

As the Hope’s Peak Academy class travels to a tropical paradise for a “heart-throbbing school trip,” the murderous bear Monokuma returns to play his deadly game of truth and lies. New characters, new mini-games, and a new tribal council make up this unique story. Prepare for the same dark humor and intrigue when Goodbye Despair comes to PS Vita.

One of the new game announcements emerging from the event, NIS America pulled the curtain back on its latest acquisition: Fairy Fencer F.

With concept art by famed designer Yoshitaka Amano and music by legendary composer Nobuo Uematsu, Fairy Fencer F tells the story of a great battle between the Goddess and the Vile God. Long sealed away, the weapons fashioned by these two deities remain scattered throughout the world. As the young man Fang pulls one such weapon — called a Fury — from a stone, he finds his destiny forever changed.

Another one of the new games announced last night, Battle Princess of Arcadias is a colorful, side-scrolling brawler RPG. Guide Battle Princess Plume through the Kingdom of Schwert and engage in skirmishes against the enemy.

The Witch and the Hundred Knight

The Forest Witch and the Swamp Witch have been bickering for 100 years. Fortunately for the Swamp Witch, she just uncovered a legendary soldier deep in slumber. Suddenly the century-long feud has tipped in her favor.

Play as the Hundred Knight, and serve the Swamp Witch Metallia in her goal of covering the entire world in mud. Equip five weapons simultaneously and chain attacks together to unleash devastating combos on Metallia’s enemies.

The Undisputed God of the Universe, Chou-Chou, returns with a brand new story. A direct sequel to the original Mugen Souls, this turn-based RPG features a hero with an empty coffin on her back (and, apparently, an empty head).

One of the silliest trailers on display last night, Mugen Souls Z allows players to enslave their enemies with a “fetish pose,” and inflict billions of points of damage in over-the-top attacks. A rainbow-colored barrage to the senses.

The first “idol simulation” from the team at NIS, Producing Perfection allows players to help produce the idol careers of the young ladies from Hyperdimension Neptunia.

Help the stars master the art of singing, dancing, and promoting themselves in order to win fame and adoration.

After watching NIS America’s presentation, there’s no doubt that the team continues to showcase its familiarity with niche game genres and it’s fervid love of the community around them. PlayStation.Blog will continue its coverage of the above games as they approach their respective launches, dood.
battle princess of arcadiasdanganronpa 2: goodbye despairdemon gazedisgaea 4: a promise revisitedfairy fencer fhyperdimension neptunia producing perfectionmugen souls zplaystation gamesps vitaps3ps4The Witch and the Hundred Knights