Hands-on with Evolve: Hunting the Beast 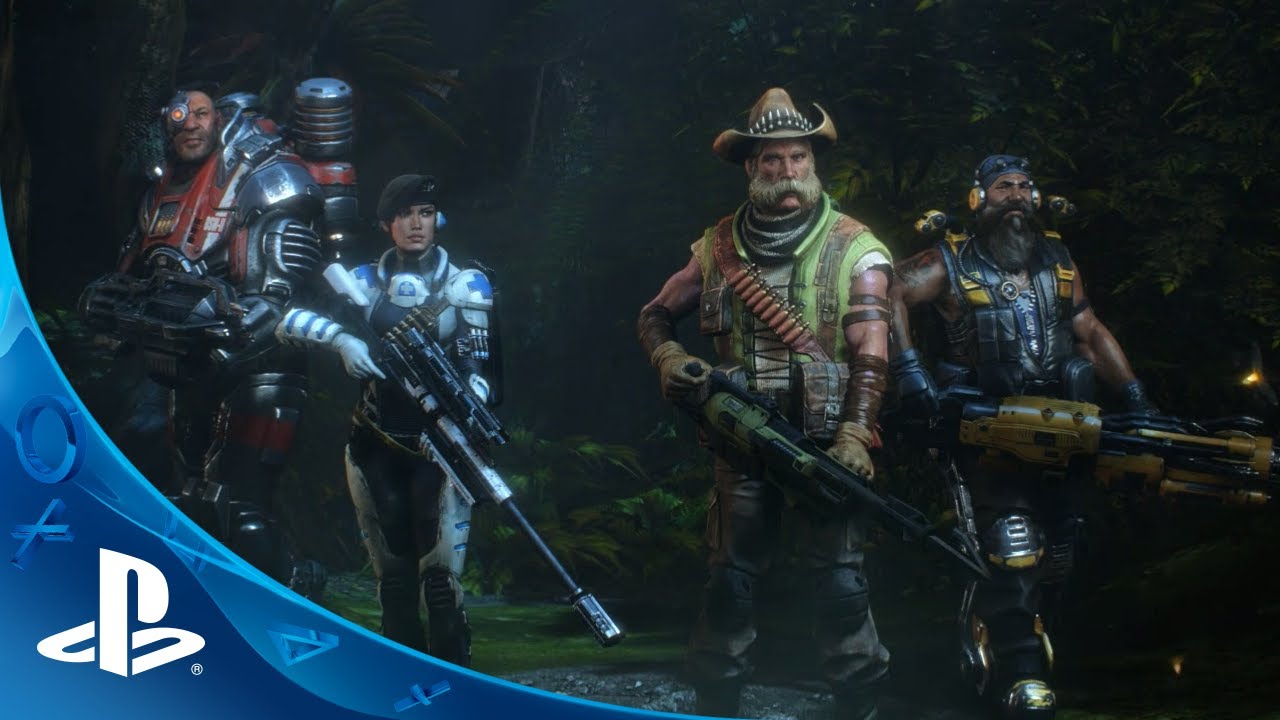 Four hunters push through the thick of the jungle, muttering warnings and checking their Sound Spikes for activity. The beast has been feeding, and the burst cocoon littering the dark jungle floor betrays the monster’s recent evolution. As the hunters trace the monster’s footprints, it watches them from above, snarling and seething and ready to strike. High tension moments like these are often relegated to cutscenes in video games. But in Evolve, it’s all just part of the game.

Developed by the team at Turtle Rock Studios (Left 4 Dead), Evolve is scheduled to launch later this year on PS4. The developers brought an early test build of Evolve to San Francisco to show off their latest creation. Much more than just a multiplayer shooter, Evolve’s high-tension, asymmetrical design promises an experience quite unlike anything that’s come before it. Evolve is founded on the fun and thrill of the boss battle. In most games, boss battles are visually enthralling moments where players study patterns and exploit them to survive. But in Evolve, that dynamic has shifted. Four players work cooperatively as hunters to take down a fifth player who fills the role of “boss” — a gargantuan monster. With human players powering both sides of the conflict, Evolve ruptures into heated, richly strategic fights that require serious teamwork.

Players on the hunters’ side select between four classes. Each class is vital to the success of the team, in varied ways. To that point, every match must include one of each class — hunters can’t roll into battle with only two or three members. In the test build on display, four specific characters belonging to each of the four classes were shown. More hunters (and more monsters) will be available in the final version. But the first lucky hunters introduced include…

One thing that stands out about Evolve is just how balanced each character feels, especially this early in development.

Every player fills a very specific role, each one acting as a separate limb of the team’s body. And when the team loses one of those limbs, they feel the resulting loss of mobility. Lose your Trapper? Kiss that Mobile Arena and Goliath-hindering Harpoon Gun goodbye. Medic down for the count? Good luck keeping your health up long enough to stand toe-to-toe with the beast.

And on the other side of this gruesome coin, the monster itself teeters on the edge of “overpowered” — such that when faced against four artillery-packing, highly trained hunters, you not only feel like you stand a chance, but that you can take these interlopers out.

Certain abilities are shared across all members of a class. Trappers, for example, will always have the Mobile Arena. But Trappers other than Griffin may bring different tools to round out their kit of four abilities.

Players taking the hunters’ side play from a first-person perspective. The four teammates must track down the monster — ideally, before it evolves — and also deal with any AI-controlled wildlife that gets in their way. These assorted critters provide an additional layer to the team’s strategy. They pose a real danger to the hunters, but elite versions of the wildlife can be killed for perks. But every moment not spent chasing down the monster is another moment for it to evolve.

Evolution is key to winning as the monster, which is played from a third-person perspective. In the test build shown, only one monster was playable: Goliath. This intimidating brute begins with two player-selected abilities, and gains another with each level of evolution gained. Goliath is relatively vulnerable when each match begins, but once maxed out at level three, he becomes a terrifying threat to the hunters. For monster players, careful navigation and battle management are required. Goliath evolves by consuming wildlife in the area. Once satiated, it can enter a cocoon state to finalize its growth. Evolving also enables Goliath to reclaim some of its lost health, while devouring wildlife adds to an additional armor meter that supplements its health gauge. And those elite creatures mentioned earlier? The monster can ingest them for stat-boosting perks, too.

It might seem as if the hunters have the advantage in this competition. They’re four strong and armed to the teeth. But Goliath has his own abilities to employ, such as a devastating rock throw and a fiery breath attack. More importantly, Goliath can stealth through shrubs, climb sheer cliff faces, and “smell” the hunters from a distance (through objects). The big baddie is also startlingly fast. If it can catch a hunter straggling behind, it’s one step closer to victory. Dropping all four hunters will result in a monster win.

Evolve blends a number of multiplayer game elements together into something wickedly unique. It has both cooperative and competitive components. It has MOBA-like ability management and character growth. It has insane action set pieces. This unusual cocktail of play types has a refreshing taste that promises to bring new life and new strategy to multiplayer shooters.