Creatures and Castles Launches on PlayStation Mobile This Week 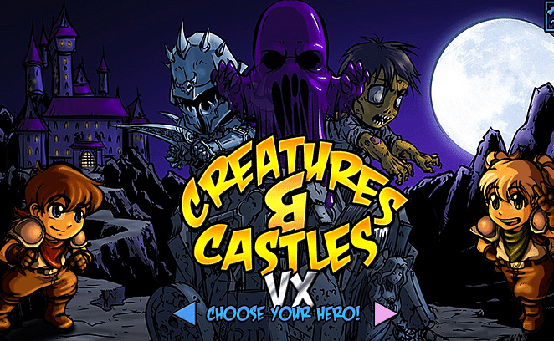 Creatures and Castles is our third game on the PlayStation Mobile platform and we hope that you’ve had the chance to try out Zen Accumulator and/or Chromatic Aberration. Creatures and Castles has appeared on other platforms, and was completely different from what you can see now on PlayStation Mobile. We took out the old system that asked you to draw your path beforehand and then attempt to complete the full maze in a single go. Now you are in control and have to navigate through each level. You’ll race against the Grim Reaper himself (who would like nothing better than to send you to the underworld) through two sets of sixty-four levels collecting as much treasure as possible, while avoiding the axes and fireballs of the castle’s inhabitants.

Converting the original game to the PlayStation Mobile platform was a blast. We managed to get a large part of the game working in just over a weekend. It was great seeing the game spring to life after we changed an entire web of interlocking classes’ variable types and underlying method calls. After getting the original game working on the PS Vita, we set to work adding in the dark castle levels and changing the mechanics of the game to fit in the new direction we wanted to take. After adding a treasure collecting element, we began reworking all of the other medieval levels to include treasure. We then tailored the levels to compliment the new control scheme. Finally, we proceeded to create all sixty-four levels, and implemented PSN leaderboard support. We hope that you enjoy playing this game as much as we did making it.

Here are some gameplay tips to help you become an experienced castle raider: