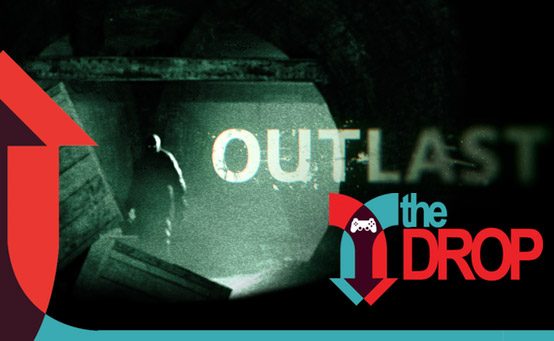 Word on the (dark, abandoned) street is that Outlast frightens people. Intensely. PlayStation gamers can experience that for themselves when the hit survival horror game comes to PS4 this week, bringing with it a torrent of nightmares and cold sweats.

For those gamers averse to horror games, the fast-paced platformer Dustforce also launches on PS3 and PS Vita this week. Traverse 2D environments and sweep up dust while racing the clock. Perfect every jump, nail every attack, and clear increasingly complex stages — all while freeing adorable animals from the clutches of dirt and grime. Really!

There’s lots more coming to the world of PlayStation, so read on for a complete list of new releases. And enjoy the Drop!

Adam’s Venture Chronicles
PS3 — Digital
Join Adam Venture and Evelyn on their quest to find ancient artifacts and thwart the Clairvoix Corporation. More than 10 hours of classic adventure play with 60+ puzzles throughout Europe and the Middle East.
Dustforce
PS3, PS Vita — Digital
Grab your broom. Leap into this 2D platformer that requires great skill and good timing to succeed. Select an acrobatic janitor and clean up the world by dashing off walls and ceilings in a race against the clock.
Gex: Enter the Gecko
PSone Classic — Digital
The classic platformer returns, starring the titular green-skinned Gex. Following years of solitude, Gex is drawn back into the action when his nemesis, Rez, returns. Help Gex stop Rez from taking over the world.
King Oddball
PS Vita — Digital
Destroy the world with a trio of boulders. Throw them towards targets with the King’s outrageously long tongue. Packed with more than 120 levels and secrets.
The LEGO Movie Videogame
PS4, PS3, PS Vita — Digital, Retail (Available Friday)
Join Emmet, a perfectly average person, on his extraordinary adventure. Please note: he’s totally unprepared for it. Guide Emmet to victory with an eclectic mix of more than 90 characters including Batman, Superman, and Gandalf.
Outlast
PS4 — Digital
The walls of Mount Massive Asylum conceal a wealth of horrors. Freelance journalist Miles Upshur discovers this terror for himself following an anonymous tip that the asylum was secretly reopened. Keep Miles alive as he struggles against the monsters within Mount Massive.
Surge Deluxe
PS Vita — Digital
A block matching game of electric proportions. A new energy source bestows humanity with tremendous electrical power, but the by-product builds up fast. Help clear it out, or the pressure levels will blow sky high.
Trapt
PS2 Classic — Digital
Princess Allura must save her kingdom. How? By laying traps for her enemies and snaring them with perfect chains.
Truck Racer
PS3 — Digital
Drive fully destructible trucks towards the finish line. Compete on 48 different tracks across four game modes. Race friends online or via split-screen multiplayer.