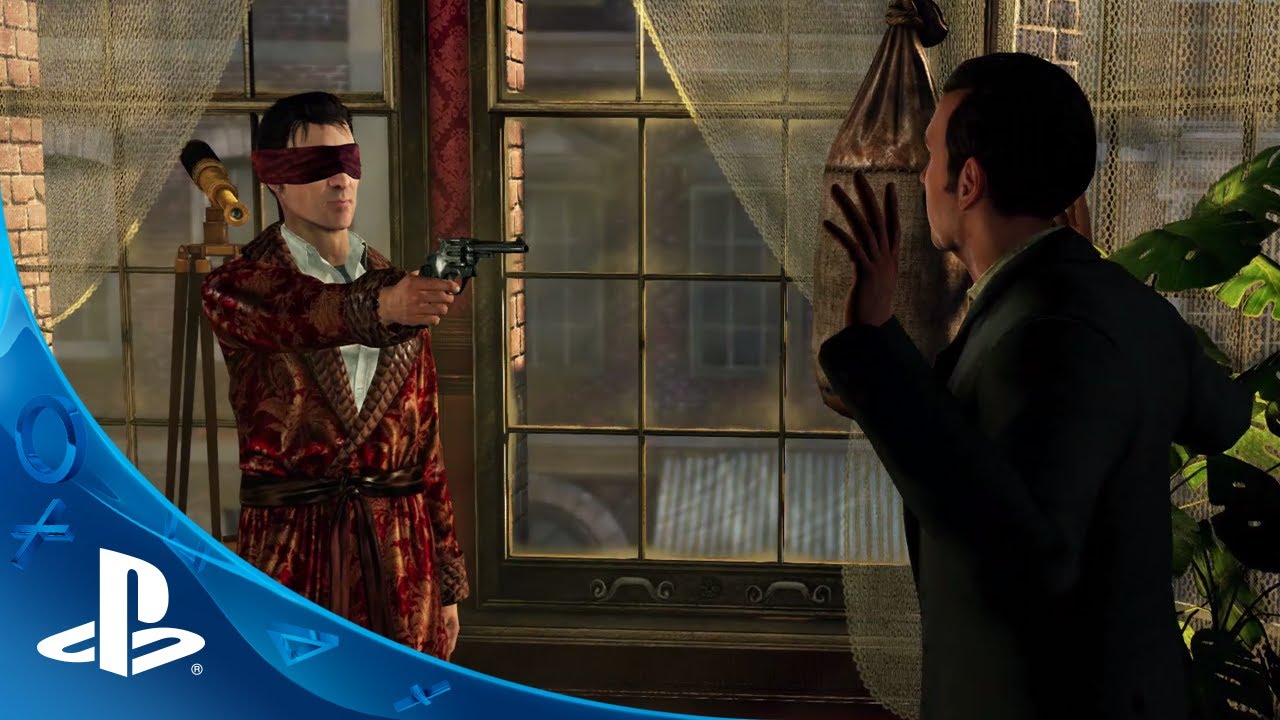 Hi PlayStation.Blog! This is Olga from Frogwares, and I get to tell you about our latest game, Sherlock Holmes: Crimes & Punishments.

We’ve been developing Sherlock Holmes games for over a decade now, and the recent reinventions of Sherlock Holmes in the new movies and series have put a spin on the character and the world he lives in.

Sherlock Holmes: Crimes & Punishments is a detective game; it needs you to think. The game focuses heavily on investigation, and with an emphasis on narration, too. There’s a lot of exploration and clue collecting, speaking to witnesses and suspects, and — the most important aspect — bringing all of these together to make your own deductions and bring the culprits to justice… or setting them free.

With this new Sherlock Holmes game, we really wanted to involve the player to a degree that they’ve never experienced before, both emotionally and intellectually. In Crimes & Punishments, your brain will be, once more, put to the test. This time we’re offering six different cases, with each one not having a single conclusion, but up to six, with the knowledge that each of them could incriminate a different suspect! Focused on sleuthing, Crimes & Punishments features brand new gameplay mechanics, like character portrait, which are vital for your investigation. While interrogating suspects, you’ll now be able to observe and examine their general look in order to unlock their mind, unveiling new clues.

Your innate deduction skills will also allow you to react to a piece of information divulged by the person in question. You then have several seconds to link it to another clue you picked up earlier and to then deduce yet another key element that another investigator would have overlooked!

For the first time in the Sherlock Holmes series, the famous sleuth can get it wrong and send innocents to jail. In order to help you find the right criminal, we’ve worked hard on a brand new deduction board. We really wanted the player to feel like they are the greatest detective of all time. Each of your discoveries are stored in his fantastic brain, allowing you to match them together, creating a real network of clues, helping you elucidate crime scenes, find suspects, and determine guilt.

Once you’ve named your culprit, you’ll be facing a crucial decision: will you condemn or absolve them? This particular point is important, as it can impact the future of your investigations. At the end of the case, you’ll be given a detective score, and a moral choice that you’ll be able to compare with your friends and the community!

On top of these brand new features, we’ve also worked hard on the atmosphere and improved the graphics of the game thanks to Unreal Engine. We paid a lot of attention to the smallest details to make sure that the player always feels like they’re Sherlock Holmes. But it’s not only about finding the criminal (as well as his motive and how exactly he did what he did), but there’s also a moral choice for you to make: absolve or condemn the suspect. The law is free from passion, right? Choose wisely, for your decisions will influence lives.

Sherlock Holmes: Crimes & Punishments arrives this year for both PS3 and PS4. If you want to get more info about the title, don’t hesitate to visit the official website. Stay tuned, and I look forward to showing you more!