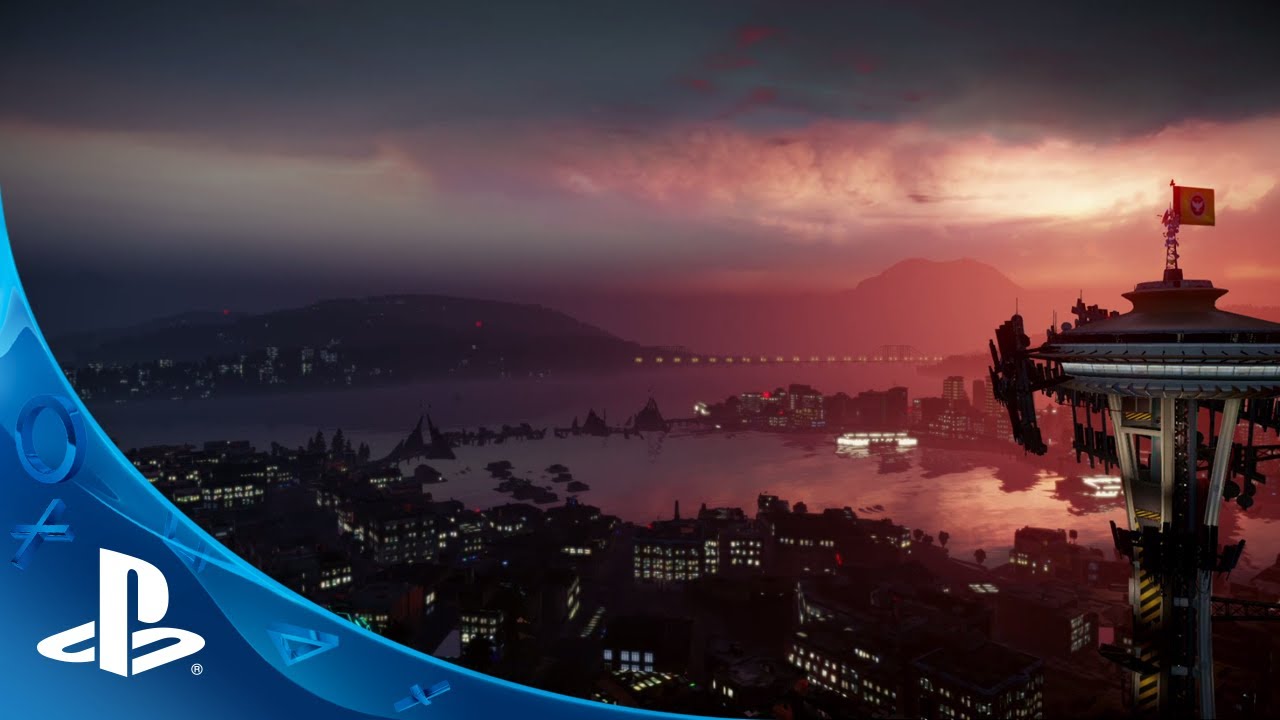 From the start, Seattle felt like the perfect locale for Second Son. Sucker Punch Productions is located just outside of Seattle, and we saw this as an opportunity to recreate the feeling of our home town. We wanted to capture a level of detail we had never attempted before using the amazing speed, graphics processing power, and high resolution output of PS4. Not to mention, being from here, we just couldn’t build a fake city with a fake Space Needle… I mean “Galactic Tower” just doesn’t sound right to us.

Our goal was to create an urban playground for the player as they experience Delsin’s amazing superhuman powers, so it was paramount that we capture the essence of the city. We wanted to give the player the feeling of walking down an alleyway and seeing the rain accumulate between the cobblestones, and the reflections of the rain-streaked, brick buildings and neon market signs. Or the feeling of looking up at the sun as it breaks through the clouds, sending rays of light through enormous pine trees. We challenged our team to create all the painstaking details of the atmosphere, architecture, and weather of Seattle, an open world complete with traffic, Seattle denizens wearing real, 3D-scanned clothing, expansive vistas, and destructible environments that are interactive with your powers. It’s also running at true 1080p.

The city also tells a big part of our story. Seattle is under martial law, and the presence of an oppressive police state is visible on every street. We licensed real local businesses to lend a credible feeling of being in Seattle, so as you recognize these well-known sites being suffocated by the DUP’s tactical gear, you get the idea that this nightmarish scenario could actually happen. Icons like The Space Needle, the monorail, and even local quirks like the “gum wall”, gives Second Son the feeling of a living, breathing city that needs Delsin to set it free.

We’re lucky to have one of the most talented and hard working environment, lighting, and effects art teams in the industry who are pushing hard to ensure that everything is the definition of “next gen.” We’ve worked hard on making the environments in Second Son look beautiful and feel as realistic as possible while also supporting a compelling narrative. We’re all excited to have players jump in and make their own adventures in our Seattle.