OlliOlli: How to Score Big in PS Vita’s New Skate ’em Up 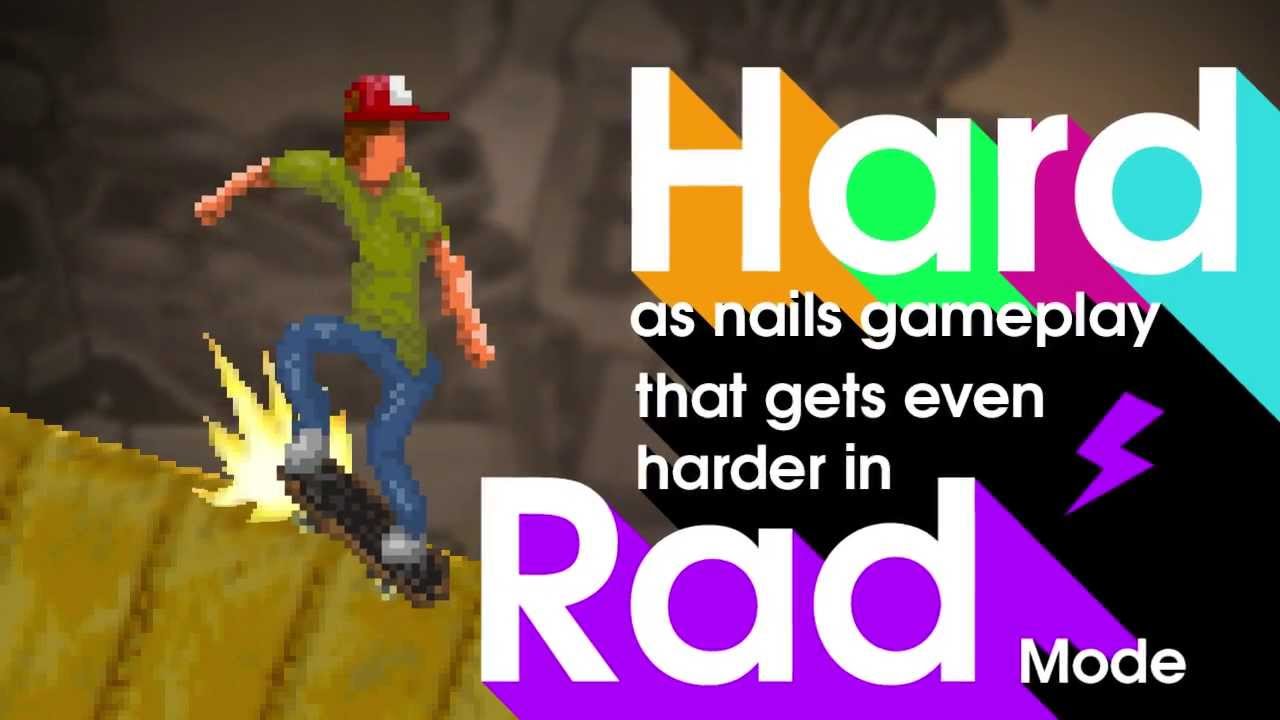 SUPER-RAD UPDATE: OlliOlli is out now on PS4 and PS3, and the tips presented below still apply — you’ll just have a DualShock in hand this time around.

OlliOlli is out now on PS Vita, and it’s getting praise from reviewers left and right. Newcomers might be put off by its simple, yet highly skill-based trick and landing system, but before long the urge to nail longer (And riskier!) combos will keep you glued to your Vita for hours on end. I’ve spent about a week with OlliOlli, during which I’ve picked up a few tricks for maximizing one’s scoring potential on any given stage. This list is by no means comprehensive — these are just notes I’ve taken over the course of the last week. If I’ve missed anything, or if you’ve got your own tips, leave ’em in the comments! Oh, and good luck on that Daily Grind.

From the moment you first boot up OlliOlli, you need to know that timing your landings and grinds properly is integral to not only getting chart-topping scores, but even finishing stages and completing goals. A perfect grind will actually give you a small boost in speed, which you’ll need in a few later stages to clear otherwise impossible gaps. Keep this in the front of your mind as you play the game — focus is essential.

Sure, you can meander through a level sticking to basic tricks like kickflips and shove-its. This is actually a good strategy for wrapping up goals that require you to collect items and make it to the end of the level. However, if you want to rock that #1 spot, you must embrace the greed. Never play it safe, and take every risk the game presents you with. The longest, most dangerous combo you can pull off will always be the most lucrative. Pack as many spins, flips, and grinds into one combo as you can, and avoid the ground at all costs. Once OlliOlli’s controls start to become second nature, muscle memory can take over and you’ll find yourself settling into a routine with your tricks. This can end up betraying you, for two reasons. One: tricks yield less points the more you repeat them, so a more mixed-up repertoire will result in higher scores. Two: some tricks take longer to pull off, and if you miss a grind because you’re still in the middle of a trick, it usually means your face is about to meet the ground.

Your first attempt at a stage is usually not going to be a good one. Plan to dedicate your first couple runs to learning the level — and I don’t just mean where the grinds and jumps are. Figure out how many spins you can cram into each jump. Study the space between grinds and obstacles so you know when you want to stay on a rail until the end and when you want to launch off early. And remember, more complex flip tricks take longer to execute, so if you’re ever jumping to a rail that’s higher than you are, you’ll probably want to stick to kickflips and heelflips.

… But don’t be afraid to change your mind

Just because you’re charging a kickflip doesn’t mean you’re committed to it. You can move the left analog stick to a different position to start charging a different trick with no consequence — just don’t let the stick return to its neutral position or it’ll trip the trick you were originally charging. For instance, if you’re holding right to charge a kickflip, but you want to do a heelflip instead, move the stick in a half-circle to reach charge left, rather than flicking the stick across the middle of its neutral zone and triggering the trick. This goes for spins too: if you’re holding L, there’s no punishment for letting go of it or switching to R instead.

Tapping the little book icon in the top right of your screen when flipping through stages or looking at a level’s goals will pull up your Tricktionary: a guide to OlliOlli’s multitude of moves. It’s split between flip tricks and grinds, and you’ll want to know how to do most of them. As we addressed above, executing different tricks will result in more points, so it’s important that you keep at least a dozen or so in your back pocket. Pay attention to how long each trick takes to perform, too — knowing the timing difference between a 360 hardflip and a bigspin could save your run.

To build on the “Hey, get big multipliers” point, if you’re on a long rail try to sneak in two separate grinds rather than one long one. You can usually bash out a bigspin flip or the like in between grinds, too, resulting in a far larger haul than you’d pull in with one long grind.

All tricks are not created equal

While variety is important, there are a few tricks that, in my experience, should be your bread and butter for most runs. Your frontside bigspin, backside bigspin, bigspin flip, and bigspin heel are very valuable tricks, because they’re flip tricks with spins built into them. You can keep holding the shoulder button down after the trick is finished to keep spinning too, netting you more points and, more importantly, bigger multipliers. Once in a while, it’s a good idea to toss in an impossible or a 360 hardflip, as those base tricks will secure large point values. Just remember, those take a while to complete, so wait until you’ve got a big jump ahead before you go for it.

When you start playing OlliOlli, you can approach learning the game one of two ways: get your flip tricks down, then work on integrating rotations, or go full-hog from the get-go and start busting out crazy spinny tricks right away. Either way, you should keep your index fingers resting on those shoulder buttons at all times, because every rotation you execute nets you a few extra points and an additional bump to your multiplier. Oh, and you’ll spin faster if you aren’t doing a flip trick at the same time. Use that information as you will.

Listen to the game’s advice

Partly because it’s a bit easier to get your timing right if you can hear the game’s audio cues for jumping, grinding and landing, but mostly because the soundtrack is freakin’ killer.