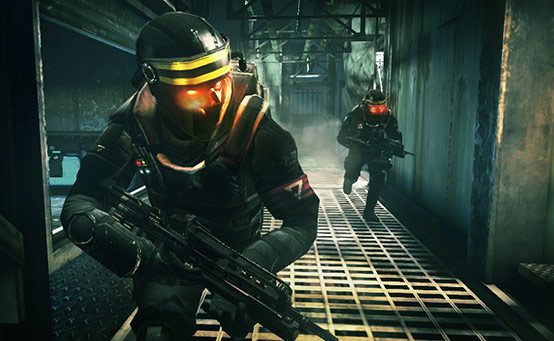 Hi Everyone. Amongst all the excitement for the launch of PS4 and, of course, Killzone Shadow Fall, here at Guerrilla Cambridge we’ve still been busily working away on Killzone Mercenary. We’re now very pleased to announce that there will be a number of updates coming over the next few months.

First up is Update 3. In terms of functionality there will only be minimal changes, but this is the patch that reduces the size of the other patches! After installing this patch it will free up around 800MB of space for those who have already installed Updates 1 & 2. Update 3 should be ready in the next few weeks.

Update 4 is due in January and is being designed to improve Matching and to help reduce join-game connectivity problems, as well as adding an auto team-rebalancing feature.

Following that is the big one: Update 5. Two new multiplayer maps for FREE, and the release of offline Botzone for Mercenary and Guerrilla Warfare modes.

Also in the first few months of 2014 will be Update 6, in which we’re working towards continued refinements and adding support for playing Killzone Mercenary on Vita TV (only applicable to territories where Vita TV is available).

We hope you enjoy the additions to Mercenary. Happy gaming.