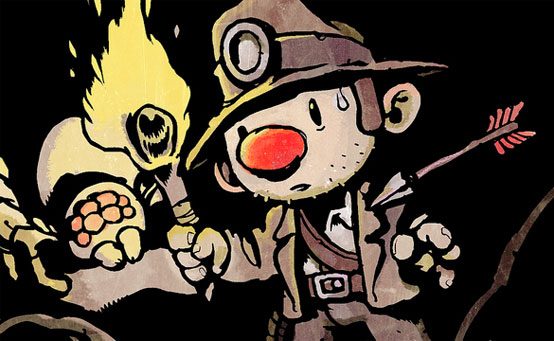 Hey, everyone! It’s Derek once again. First off, thank you for your tremendous support of Spelunky on PS3 and PS Vita. You’ve made it clear that it was the right choice bringing the game to PlayStation! We’re really happy about how the game has been received (generally with much glee, followed by screams of anguish, followed by more glee).

But I’m really here to talk about our first update, which is out now. Of course, every game launches with some number of bugs, and Blitworks has been working hard to fix as many of those as possible. The slowdown in certain areas of the game was probably the biggest issue, and that’s been addressed. They also fixed a bug that was preventing certain Trophies from being earned.

Also, if you’ve been watching streams of people playing Spelunky on PC, you may have noticed that that version of the game has a unique feature called the Daily Challenge, where each day a set of levels is generated that has the same seed for everyone playing it. If you get a high score on the Daily Challenge, you can really attribute it to your skill and knowledge of the game, rather than the luck of the draw (i.e. serious bragging rights).

On top of that, you only get one chance to play the Daily — if you die, you gotta wait until the next day to try again! So yeah, somehow we managed to crank up the tension of playing Spelunky even higher… and PC players seem to really like it!

When Blit heard about this new mode, they couldn’t wait to implement it on PSN. That’s one of the great things about working with them — they love their work and relish the technical challenges of doing an awesome port. It’s right in line with the spirit of Spelunky and the spirit of the Daily, which, as you may have guessed, you can now play on PSN as part of this update.

(And special thanks to Doug Wilson and Zach Gage. They gave us the idea for the Daily Challenge in the first place and have been great friends and supporters for a long time. You guys are the best.)