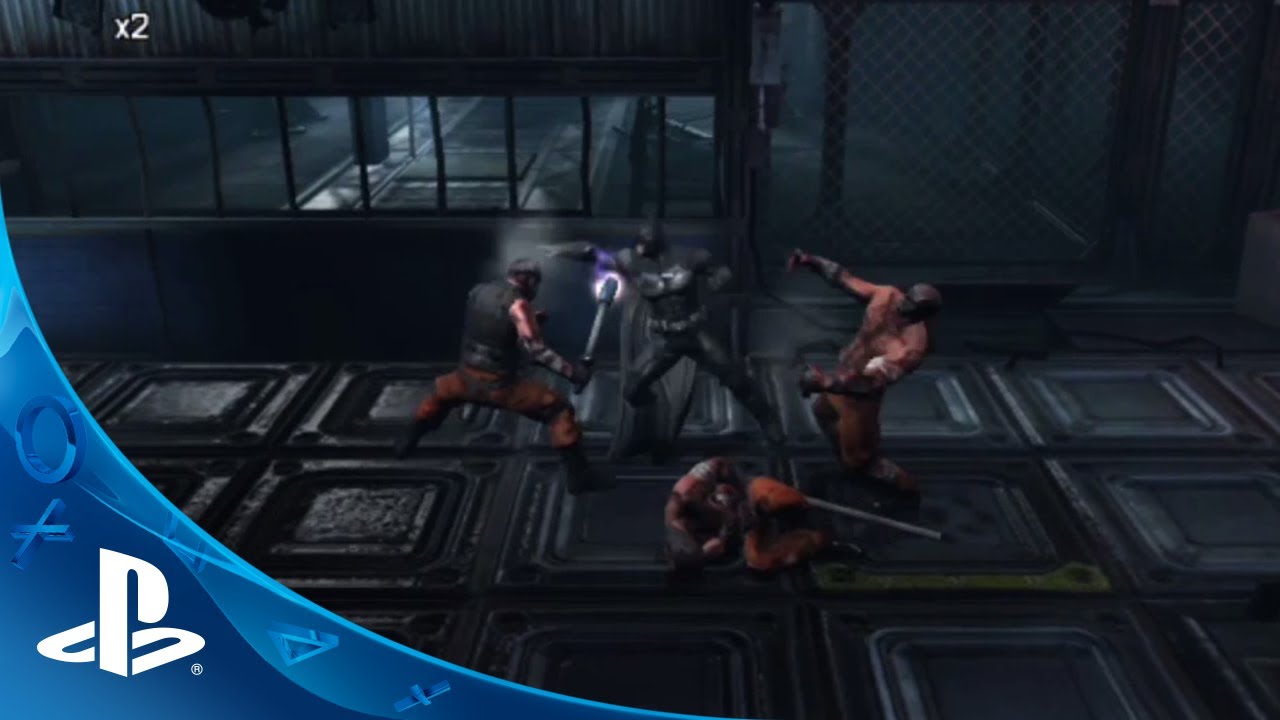 Hey everyone, Mark Pacini here, Game Director at Armature Studio for Batman Arkham Origins Blackgate. We have some videos highlighting our latest game on PS Vita. Blackgate is a 2.5D Metroidvania take on the popular Batman: Arkham series. The game itself takes place three months after the events of Batman: Arkham Origins, where Batman is sent in to investigate a riot at Blackgate Prison.

We recorded several “Case Files” to both introduce people to the game, as well as give a few hints here and there. We want you to be able to get the most out of Blackgate, as we tried to pour as much variety and intensity into it as possible.

FreeFlow Combat is one of the core pillars of the Batman: Arkham franchise, and we’ve adapted FreeFlow Combat from the console editions of the games into the 2.5D perspective of Blackgate. We had specific challenges in bringing this combat into the 2.5D plane on a completely different game engine, while maintaining the feeling of “being Batman” in combat.

This video highlights the various combat encounters in the game, including the different thug types, as well as some environmental effects that influence combat.

Prior to the final boss, Batman will encounter six boss characters. Here are a few quick tips for each boss, as they have totally different strategies. We don’t give everything away, but enough to help people along. Purists may want to skip this video, as there are some spoilers here!

We hope you’ve enjoyed this look into Batman: Arkham Origins Blackgate for PS Vita! For more information and the latest updates, visit www.batmanarkhamorigins.com.