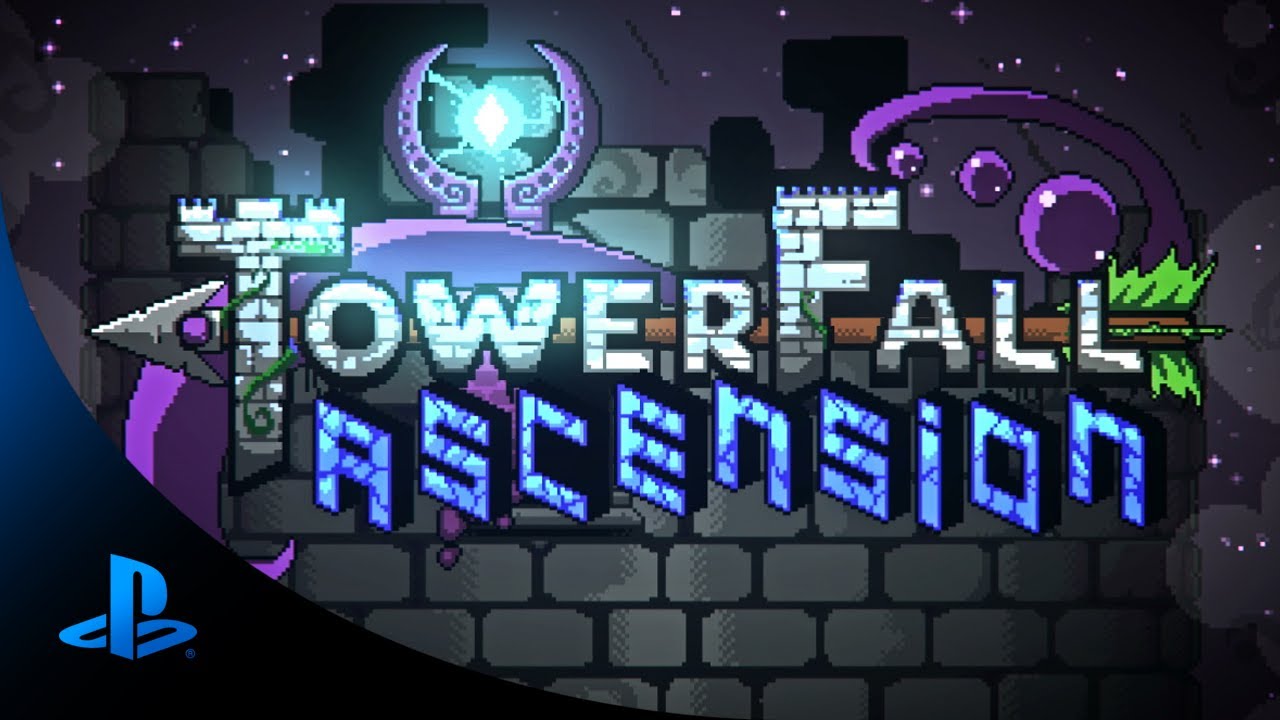 Hello PlayStation! My name’s Matt, I’m a Canadian indie game developer living in Vancouver. I live in a house full of indie developers that we like to call IndieHouse. I’ve spent the last year and a half of my life making a game called TowerFall Ascension, and it’s finally (almost) done. It’s been a wonderful, terrifying, and rewarding process.

For the uninitiated, TowerFall is a local multiplayer combat game about using archery to destroy your friends. It’s fast­-paced, intense, and strategic, with nuanced controls, one­-hit kills, and limited ammo. It’s very simple to learn and almost anyone can play, but if you spend more time with it you’ll find many layers of hidden depth waiting to be discovered.

From the moment I had four players jumping around on­ screen, I knew TowerFall was a game about bringing people together. From childhood all through high school and university, I had a lot of meaningful experiences with local multiplayer. I’ve always felt an affinity for difficult games that allow me to master a finely-tuned system of mechanics, but local multiplayer adds another dimension.

With the right opponents, a deep multiplayer game allows you to test, teach, and taunt each other. You can explore the game’s world and systems together and challenge each other to improve, all while having some laughs. A good local multiplayer game lets you treat a new friend like a sister or brother.

This is the core goal of TowerFall, and it’s why creating this game has been so incredibly rewarding for me. Showing it at events like EVO and PAX, I felt privileged to observe players connecting with the game and one another. This extends beyond the four people holding controllers — along the way, I discovered that I could design TowerFall for spectators as well, to draw in the surrounding crowd.

At PAX I held a tournament, and the turn­out was several times my expectations. We even got in trouble for blocking foot traffic to nearby booths! When the dust settled and a victor was crowned, I challenged him to one final showdown — ­world champion vs. creator.

It was the most intense match I’ve ever played, not least because of the huge crowd behind us gasping and cheering along with every dodge and kill. I felt the act of playing the game become a kind of performance art, and began to choose strategies that would elicit a stronger reaction from the crowd. At this moment I knew that TowerFall was a personal success.

In the end I lost the match by a single point. As the community grows, I doubt I’ll ever again come so close to defeating the world’s best TowerFall players. But I’ll always enjoy taking part in the excitement.

The best part for me has been hearing tales of riotous TowerFall parties directly from players. If you speak to Adam Boyes, you may even hear stories of TowerFall­-induced noise complaints from his office at PlayStation.

And now with TowerFall Ascension, my team and I have the freedom to finally fulfill our complete vision for the game. There’s a crazy amount of new content: 50 new versus levels, 4 more playable archers, an all­-new, two-player cooperative Quest mode, 6 additional power­-ups, and more. We’ve even gone back and refined everything in the original release. It feels like a whole new game. I’m incredibly excited to expand the TowerFall community to PS4, and to hear all your battle stories.

If you have any questions, I’d love to answer them, just leave a comment!