The Powers of inFAMOUS Second Son: Smoke vs. Neon 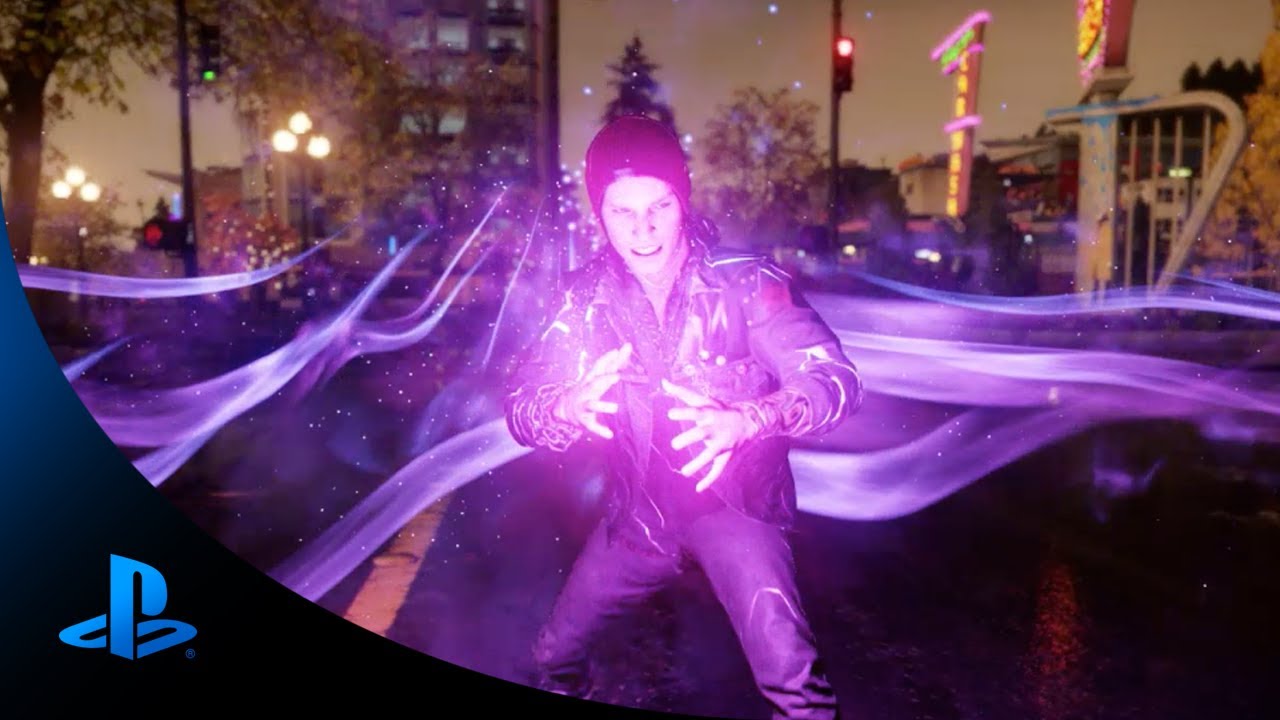 Sure, when you play inFAMOUS Second Son, you’re going to “enjoy your power.” But which one are you going to enjoy the most?

Delsin absorbs the ability to control Smoke in his hometown, and then goes to Seattle to find more conduits and gain their powers, starting with Neon. These power sources have different strengths and weaknesses, requiring you to change up your tactics. This has led to an ongoing debate on the design team about which power is actually the best.

Darren Bridges (Power Designer): Ok, is this really a debate? Smoke is the clear winner. There’s nothing better than dashing in and choke-slamming some DUP stooge, then firing a Cinder Blast that destroys the tower his buddies are standing on.

Jaime Griesemer (Lead Designer): Sure, if you want to get your hands dirty, Smoke is great. But Neon is clean and streamlined. You’re basically firing lasers out of your hands, so you’re a natural sniper. With Neon, combat is all about precision from a distance. Each shot hits hard, especially if you’re targeting the enemy’s weak points. Neon lets you dissect a squad of Dupes like a glowing purple surgeon.

Darren: Sniping is cool, but Smoke lets you travel through air vents and launch yourself out over the rooftops. It turns the entire city into your own personal playground. And smoke is everywhere — if you run out, you just damage a car and get some more. That’s like being able to punch a cow and make hamburgers fly out.

Jaime: Interesting metaphor… But who needs to go on a “vent hunt” when you can just run straight up a wall, instead?! Neon gets you where you want to go, fast. And enemies aren’t going to be able to hit a streak of light. Plus, draining Neon looks cooler.

Jaime: Dude. Not fair. You know PR won’t let me talk about the Neon — thing — that you almost see right at the end of this new teaser video.