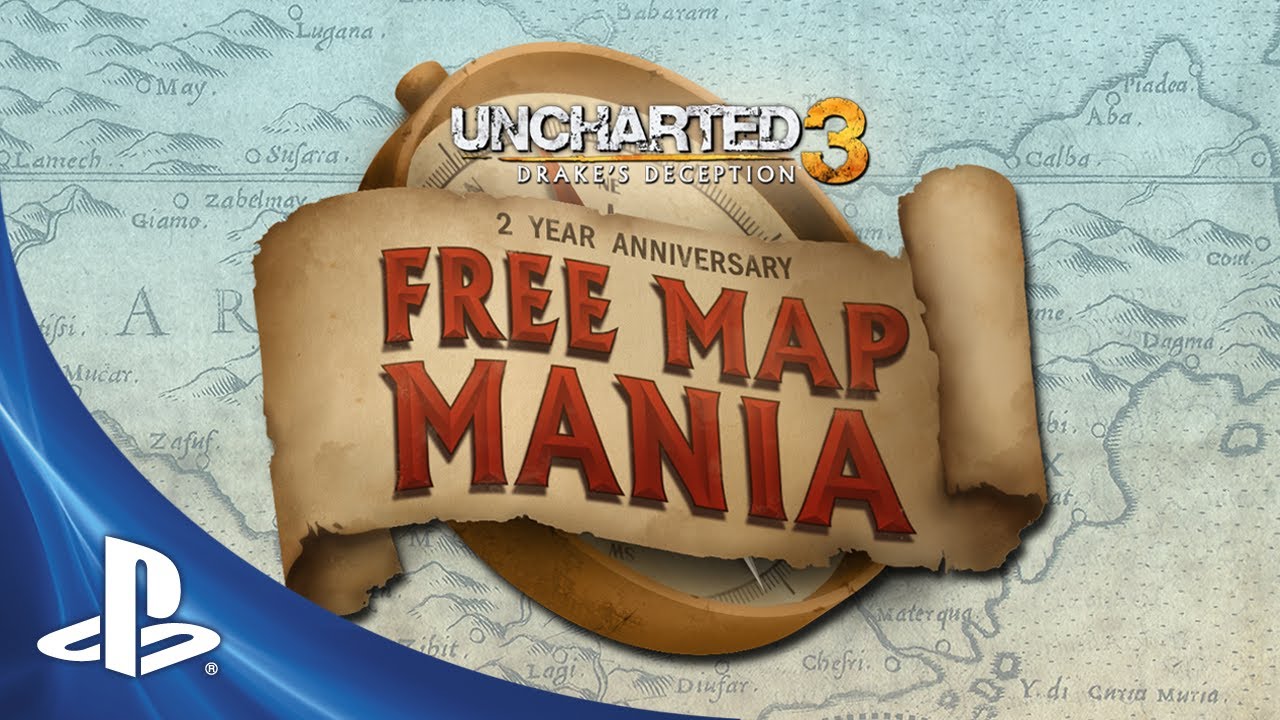 It’s been two years since Uncharted 3 was released. Our community is simply amazing, and we’re looking to make it stronger than ever. To that end, we combed over a multitude of comments and forum posts to see what you wanted changed in the multiplayer game. We took the most highly-sought changes mentioned and made them happen. The list of those changes is below, and it’s an epic patch that rivals patch 1.13.

If you want to talk to us more about any of the changes, please join us in our Reddit AMA celebrating the Uncharted 3 two year anniversary Friday, November 1st from 3:00 PM to 4:30PM PT. Uncharted 3 Game Director Justin Richmond and Lead Game Designer Robert Cogburn will be answering your questions.

We wanted to celebrate our two biggest changes to the multiplayer in a video.

A new map, and all our DLC maps, meaning all the multiplayer maps are now free… pretty cool, huh? We asked Lead Game Designer Robert Cogburn to shed a little insight on the making of the Dry Docks map.

Robert Cogburn: When the Dry Docks map was pitched as a single-player level for Uncharted 3, the talented Game Designer Junki Saita was working on a number of setups for the level. All these level setups were represented in a blockmesh format — this is a 3D representation of a playable space using rudimentary geometry made in Maya (the 3D program we use at Naughty Dog). We’ve shown a number of maps like this for Uncharted 3 Multiplayer via our Block Mesh Lab Maps.

Junki was working on one particular setup that showed a lot of promise for a multiplayer map, so I grabbed the blockmesh and started editing it for competitive multiplayer. After some time had passed, it was determined the setup for single player would not be used, and instead the single-player layout you see in the final version of the game was completed. This meant what I had done to make Dry Docks would ONLY be used for multiplayer.

Making games is very time consuming, so you cut things when it makes sense. It made sense to prevent our art team from investing time into the multiplayer version of Dry Docks to match the level of quality we adhere to at Naughty Dog — therefore the Dry Docks map was cut.

A little less than two years passed and the map was forgotten. With the two year anniversary for Uncharted 3 and its multiplayer, and the number of cool things we’re doing for 1.18, we decided to resurrect this map and release it to our fans. It’s quite different than the original version, but the changes we’ve implemented have made Dry Docks all the better.

We hope you enjoy it.

As for the full breadth of the patch, here’s the rundown of changes we made: A minor note: if you notice any doubling of boosters, reconfigure your loadouts. Once you un-equip and re-equip your boosters there should be no more visible doubling effect. This effect is purely aesthetic (in the UI) and has no impact on gameplay.

And there it is. This will be the final major patch to Uncharted 3 unless there’s a dire need for a future one. Our support for the game will continue via Lab updates and community events.

We’re also offering up some super deep discounts on select Uncharted 3 multiplayer items. Check the in-game store and on PlayStation Store to see what’s on sale in your region. These deals are incredibly sweet, so don’t miss out as they’ll end November 4th.

Enjoy the Dry Docks map, the discounts, and now having all multiplayer maps for free. Thank you for an incredible two years. We’ll see you online!